L.A's music scene has long been a kaleidoscope of SoCal chill, west coast loyalty, and that je nais sais quoi— a sweetened, sugary sparkle. For native Kemme, it has also manifested itself into a library to discover, a landscape to explore, and a legacy to uphold. Though she's steadfastly pursuing her own career in pop, her famous lineage often precedes her, what with being the niece of the late Rock and Roll Hall of Fame's Tom Petty. "The family gatherings and holidays were always really incredible, because, you know, we had this amazing person and band members around us all the time, which was awesome," she opens up over a phone call one late afternoon. "But honestly, I—I genuinely think that the music development on my end was super independent, and… [Tom] is just a good thing for my PR people to know," she quips, eager to set her family tree as her "fun fact" rather than a leading introduction.

I Imagine being asked whether deciding to pursue music was in any way influenced by her uncle is a standard practice for Kemme, but there is no resentment or bitter impatience in her voice when she answers. There is admiration for a dear family member, but also a naiveté—a perspective unmarred by paparazzi, or tabloids, or even exclusive LA parties—one that is entirely her own, with all its blemishes, anxieties, and otherwise human experiences. One that she has spent years penning into songs, and finally, into film. Enter Cyclorama, her debut visual EP .

With a degree from NYU in music and film, Kemme has always known that her musical career would be accompanied by some sort of visual form. "I was really interested in the subjective and personal experience, and what about film that makes you emotionally connected to it, and my conclusion was always that it was the music." So she created a visual EP, directed by Danica Kleinknecht, taking the angst of an elder Millennial generation and coupling it with the riotous energy of Gen-Z, a generation fraught with questions, in constant search of the reasons why. But to bridge this gap, she lays it all out on a level playing field—one we've all visited—in the form of a story about a boy who once broke a girl's heart.

"It's kind of like a classic story of I had a bad breakup with a bad guy," she admits. "And I felt really threatened that my narrative was going to be rewritten for me. And—I'm sure you know— in any, especially hetero, relationships, as a female, a lot of people have experienced the sensation of being gaslit. And I was so sick of that, and that was the whole experience in the relationship. And I got really into these tropes that, you know, I was kind of told. Like the classic slut shaming, or, like, 'you're too into me,' or 'you're too not into me. ' At a certain point, I'm kind of like, I would love to be all those things, I would love to lean into these ridiculous tropes that you're giving me and find my own voice in that." To do so, she claims the persona of an arrogant and murderous temptress on the opening "Poof," the thud of a dark bass akin to footsteps of a sharp heel announcing her arrival, leaving fearful screeches in her wake: "And I'm all like that's never happened before  / Got you by your manhood/ Mm, you've been waiting for that unsung melody / To drag you to hell with you." But soon enough, the narrative flips, as the song gives way to the next, "Kiss the Girls." No longer is she strutting about, wielding her voice like a sharp-edged blade she is far too willing to use should you give her reason to; heart-shaped synths bubble up under softly pressed electronic keys, her now tamed voice imploring, "don't matter that you're sorry / 'cuz I loved you first." The percussions sting like wool, soft yet itchy if you let them linger too long, digging under your skin to leave their mark. Where "Poof" was the ani-thesis to love, "Kiss the Girls" is its defeated yet devoted follower.

While the mood in the short six-minute film shifts, its visuals —for the most part— remain the same: a barren land, a trio of friends up to no good, money, drugs, and alcohol. But then, the narrative changes. A wolf gets run over by their car, and for all intents and purposes, this film is solidifying its entry as a drama, except for the fact that the wolf is animated. And I mean, it-might-as-well-be-Road-Runner animated. And soon enough, as the track melts into its final piece—"Too Deep"—so is everything else. "But I think you know, going back to talking about the subjective and fantasy, like, that's how all of us kind of live our day-to-day lives," she explains, the decision to introduce animation to the project hidden in philosophical allegory. "With our own imagination, our own fantasy, and if we were to lay it out on a table, it would be super non-linear, super contradictory, and all these crazy things would seem to present to another person, but in reality, that's just all of our experiences. And so I was trying to kind of replicate that in film, and, you know, blur the lines between fantasy and reality, subjective and objective, and bring in the concept of  memory, which would be the animated art, and how that kind of informs each of the decisions that are made on camera, while also acknowledging that it's just subjective, and it's just mental."

"And so that's what this project kind of started as where, you know, each song kind of leads into the next in. In terms of a narrative, it's not super linear because, I mean, it's in the title, it's cyclical, where she starts off like this femme fatale ready to kill any man in her way, then gets swept into a relationship, get her heart broken, she's left pissed, and then she's back to that femme fatale. And so it was just about taking those words and feelings that were used against me and relishing in them a bit and just making something out of it, feeling like it wasn't for nothing, you know, that I went through all this stuff."

One of the most humbling experiences that we all experience right out of the gates of early adulthood is that long-pronged rejection, the moment where someone you held close to you no longer wishes to be anchored by the same arms. It's inspired many creative projects, unifying us all in its relatable sting, but for Kemme, it's not just another selling point she can add to her resume. It's the culmination of a past life, and the first step toward the rest of her new one.

Check out the rest of her debut EP here. 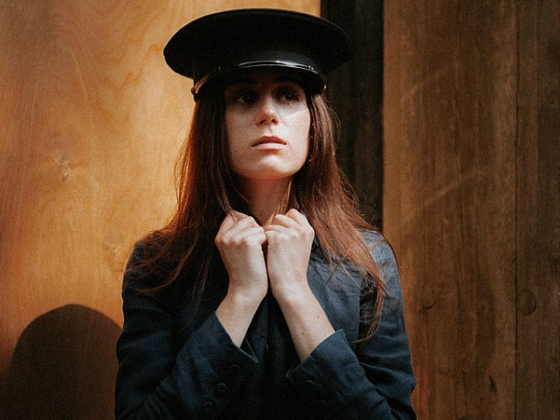 dodie delivers inspiration and postage in seaside video for "Hate Myself" 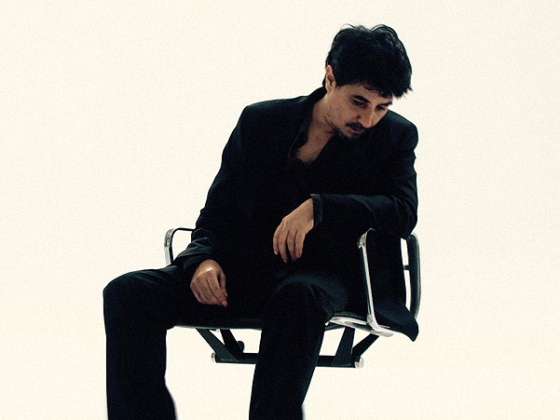 Amon Tobin and Thys give nature its props on "Departure" [Video]