Denise Chaila and the rest of the narolane Records brotherhood have taken over the back corner of a shockingly trendy Dublin restaurant. It’s dinner time, and the twenty-six-year-old rapper sits, surrounded by producer MuRli, labelmate and fellow rapper God Knows, and PX Music import Sean Murray (sometimes known as DJ Replay), drinking a pink cocktail and chowing down on some couscous.

It’s a proper entourage, without the trappings of a hierarchy. “Can I try some of that?” she inquires, sticking her fork into MuRli’s pasta dish after getting the go-ahead. These two have grown up together, and although it’s Chaila’s debut mixtape we are here to discuss, MuRli is present not as an afterthought, but because he is instrumental to her success as an artist.

Since the first time I saw Chaila perform seven months ago (for an ‘Imagining Ireland’ showcase at Dublin’s National Concert Hall), her name has gained cult status. She is perhaps the best thing to emerge from a hip-hop scene already teeming with talent, and her mixtape, Go Bravely, will surely cement her as the voice of a generation.

As such, the occasion of our meeting carries an exciting energy. “Around the time of Imagining Ireland, 'Chaila' hadn't come out yet,” she recalls. “And I was still more known for my poetry than my music.”

Fair to say she’s felt the change, then?

She nods. “'Duel Citizenship' was the dominant narrative of my work. Post-'Chaila', there was a shift from poet to musician, speaker to rapper. 'Chaila' is such a funky song, I'm curious to see what happens when I move back into that space where I'm not shrouding the truth in anything lovely or fun.”

Do those solemn pieces take a lot out of her?

Mid-answer, she stops, shushing us. When Denise asks you to listen, you oblige her. The opening riff to Stevie Nicks’ ‘Edge of Seventeen’ is wafting down from an overhead speaker. “That’s also the opening to 'Bootylicious',” she laughs. “I was waiting to see what it was going to be.”

And we press on.

“I think that some pieces have teeth marks in them. Some things, I wrench from somewhere inside me.” The poem in question, “Isn’t Dinner Nice”, was released sometime in 2015, but remains relevant. “I don't think it ever becomes easy to talk about sexual trauma, from any angle or lens,” she says.

“And I don't know if I've ever done that poem the same way twice. Because if it's not Brock Turner, it's Bill Cosby. If it’s not Bill Cosby, it’s another male comedian. And that's not even counting the way sexual violence conflates with racism. It's a beast of a poem,” she says.

As far as her career goes, Chaila’s not interested in having to choose between spoken word and rap. Rather, she marries the two together, revelling in the duality.

Go Bravely fuses various genres – from afrobeats to R&B to trap – with Chaila’s idiosyncratic style. Shifting seamlessly between spoken word and biting, surgically precise rap, Chaila expects you to come to the table with your homework done. On her eponymous track, she lists off the different ways her name is mispronounced, without ever once uttering the proper pronunciation.

“Duality doesn't necessarily mean discord or disturbance,” she shrugs. “Actually, when you recognize your duality, it just means you're embracing nuance and complexity. I'm not going to bring myself to my lowest common denominator so that I'm accessible.”

MuRli and I are nodding in unison now. The two met at a church convention in Ireland, where MuRli and God Knows were performing. Their friendship blossomed into a working relationship, and the three artists began recording in the church’s studio, MuRli supplying beats for Denise to write with.

“I just recently learned that MuRli gave me a song on Go Bravely that he had already written to,” Chaila laughs. “He played the beat for me randomly in the studio, and I started writing to it. We made this whole thing, and it wasn’t until an hour ago in an interview that he revealed was planning to use it. Without keeping any record or asking me to be grateful, he just gave it to me.”

Chaila and MuRli are both children of immigrants, and hip-hop hasn’t always been viewed as an acceptable outlet for their creativity. “It's still an elephant in the room, sometimes,” MuRli admits. “But I've learned to live with that elephant. Going into hip-hop, it was a risk. Nothing suggested, at the time I decided to rap, that it was going to work. There was no artist to reference in Ireland. I probably would have been the same, if I had emigrated to a country and my child, knowing what was expected, decided to take a totally different path. As immigrants, you learn to settle together.”

“It’s not because they don’t believe in us,” Chaila interjects. “It's worth noting that we came from a very community-driven society, and went into a very individualistic one. Our parents came here as single couples. That's very difficult when you are divorced from your resources, and all of the community you'd go to for warmth and hope, and you're raising your children on your own suddenly. For a long time, it was me against them, because I didn't understand that it was a fear of protection, not a matter of not believing in me.”

Chaila’s family emigrated to Ireland from Zambia, her father a doctor who was offered a position at a hospital in Dublin. When Chaila was 18, the family relocated to Limerick. “I didn't know what I wanted to do with my life,” Chaila recalls.

“I wasn't ready to go to college, because I knew in some part of myself that I didn't want to commit to academia. And I hadn't found the courage yet to really walk in that. When we did move, it coincided with a lot of grief. Friends had moved, a close friend had died, I had just finished my Leaving Cert and there was a lot of emotional self-harm surrounding my self-worth. I decided that the best thing I could do for myself was to have my family anchor me while I tried to figure out what was going on.”

During that time, Chaila’s mother sent her a YouTube link to a Christian spoken word artist, and Chaila followed her future down the proverbial rabbit hole. “It changed my life,” she says. “There were no spoken word poets like that in Limerick at the time. I was not part of a slam scene, and I wasn't mentored by anybody. We went to this pub in Limerick called The White House, and no one there was under the age of 50. They were all doing these Seamus Heaney-type pieces, but I'd come with my phone and I'd look at this crowd of people – obviously the only black person in the room, unless I brought these two with me,” she laughs, gesturing to MuRli and God Knows. “The poetry was about black ass things! Like, skin bleaching and internalized racism.

“Irish racism confuses me, and will always confuse me,” she says. “Black people and Irish people share a colonized history, but the divide and conquer method really works.

“It was always 'no blacks, no dogs, no Irish', until the Irish were bequeathed whiteness, and then in order to maintain that whiteness, they became worse than their own oppressors. That's something we need to grapple with as a country, because if we stay at this very elemental level – 'Irish people were slaves or the black people of Europe' – we never move into a place where we can properly come to grips with history.

“There's a cognitive dissonance with Irish-ness, where we seem to have forgotten that this has been a country of rebels, that has always railed against the machine and always wanted to protect its people, who have historically been distinctly separated from British whiteness.”

Being both Irish and Zambian, double un-belonging is everywhere on Go Bravely. It’s written into the fabric of the mixtape with phrases like ‘too sean-nos and too creole’, and a near-constant switch between English and the Irish language.

“I'm black, and white people from across the world are going to try and erase my Irish-ness when they see me, because they're uncomfortable with a conception of Ireland that doesn't fit their racist standards. I'm a direct contradiction and confrontation to that, and a lot of black Irish people are.”

These themes aren’t framed as though Chaila feels she doesn’t belong in the social structure of the world – rather, she expects that the world remodel itself to fit her universe. This is a concept loosely borrowed from her love of literary fantasy.

“I learned Sindaran when I was a kid,” she laughs. “I almost learned Khuzdul when The Hobbit film came out, because it reminded me that I liked the book so much.”

But even the world of fantasy isn’t immune to Chaila’s even-tempered interrogation. “I'm disappointed by all of fantasy,” she says, “because there's no reason your fantasy or world-building – in space or anywhere – should not have black people in it. I don't want to just be an 'orc' or a 'dark elf'. I think it's important to politicize, and understand the power of our fantasies as a collective, and why it’s debilitating to have fantasy only within the realm of white, older, upper-middle class men.

“The collective colonization of our imaginations has really pissed me off for several years,” she continues. “You really limit a person's actualization when you start to control their imagination. So, the imagination as a realm of politics is something that I explore extensively because I think that if our dreams are racist and colonized, we don't even have a hope of imagining futures that can be inclusive.”

I'll never forget the moment, watching Lord of The Rings, when I realized that all of the orcs had dreadlocks.

“Do you remember that,” she asks incredulously? “How insidious it is, that you're teaching your children from an early age not to expect any indication of difference or deviance within those stories.

“I'm borrowing from Octavia Butler and Afro-futurism, but I am also moving into a space where I call myself an Afro-fantasist, because it's not so much that I'm imagining different futures, but I'm looking at the seed of imagination itself, and trying to imagine different parallel universes now, because I'm impatient. I'm not ready to give up on the present as a site for change and growth.”

Another theme frequently mined in Go Bravely is gender, and the interplay between tropes of masculinity and femininity. ‘Anseo’ (Irish for ‘here’), sees Chaila repeat ‘I am not a queen, I’m a pharaoh,’ like a mantra. Wearing male pronouns like a second skin, she uses a female voice to question their legitimacy.

“I believe that gender is a construct,” she says frankly. “Our collective trauma is that none of us can live up to the standard of whatever femininity or masculinity is 100 per cent of the time. We're all gender-fluid, actually. Because what we call 'femininity' and 'masculinity' are a very arbitrary collection of characteristics that we all inhabit to different degrees.

“Personally, I feel incredibly uncomfortable with the term 'queen'. I noticed really early that people give you that title when they don't want you to be the main character.

“Actually, my whole thing is that I'm not differentiating myself from my peers based on gender. If the title you have to aspire to in this game is that of a ‘king’, then why won't you give me the honour of that title, too?” 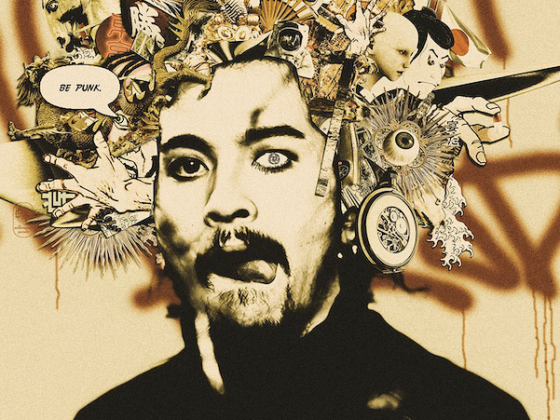 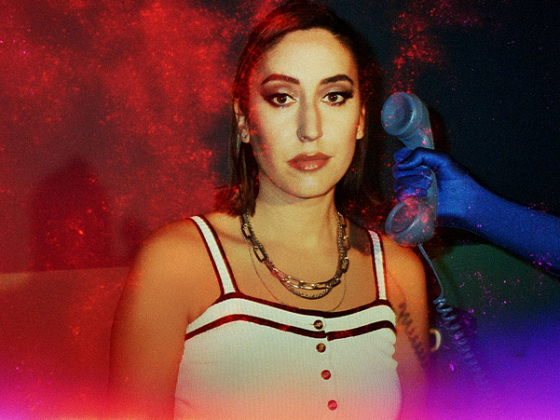