Galimatias is the artist name for Matias Køedt, a Danish producer who carved out a unique sound characterized by subtle sexiness and memorable bass-lines. Those beats are best known for perfectly framing the voice of Alina Baraz, his collaborator on the Urban Flora EP— a 2015 project that has garnered over 300 million streams on Spotify. With that much attention received, Galimatias and Baraz were able to take a niche electronic sound and turn it into something that resonated with a wider listening audience, which is no easy feat. Galimatias has been off the radar since that release, and today he returns with his first original release in 2 years titled, “Let Me Know.” The track, featuring catchy vocals about a rocky relationship, is perfect for blasting this Summer when your seasonal fling might be fizzling out. The bright synths and playful phone-buzz incorporated in the track are a part of a new direction for Galimatias in furthering his career as a solo artist.

Neither he nor Baraz had revealed much to the public once Urban Flora was released. There were no press shots of either of them, possibly because Urban Flora was accompanied with beautifully-designed artwork featuring Grecian busts and blooming flowers— superseding the need for artist photos. The duo only granted one joint interview (led by The Huffington Post). This air of mysteriousness may have played a part in allowing the music speak for itself. But it could also be because Gali was waiting to put his face on a release that was 100% him— for those of us that fell in love with UF and have been waiting desperately for more, the day is here! With so many questions about his new single, and what he has been up to since Urban Flora, I spoke with Galimatias this week.

I started the interview introducing myself, and frankly, avoiding his name because I had absolutely no clue how to pronounce it. Galimatias (phonetically: ga-lee-muh-tee-us) explained, "In Denmark it is actually equivalent to the English word ludicrous. It means something that is a little crazy, a little out there, and you’ll see it occasionally in headlines of newspapers saying 'politician says this or that, it’s absolutely galimatias.' My name is Matias which is why I chose the word. . . It’s also a word in France and Finland and Spain. They all have slightly varying definition of the word… I think it’s even a word in the English dictionary too."

Gali is from Denmark but has lived in Los Angeles since 2015, which is right about the same time that Urban Flora was released. "It was kind of symbolically me stepping into my career professionally I would say. I left everything behind that I knew, like my family and my friends and everything that was familiar to me, to step into a new world. When I moved here I only knew two people and that was kind of a big change up— but it always felt like the right change up to me. It always felt like the right move because everything I know has shifted away from me, and now I can really focus on my craft."

Within this context, it wouldn't make sense to expect Gali's new release to sound the same as Urban Flora. With such drastic change in his life, inspirations shift, and in turn creative work does too. But, after an EP as commercially successful as UF, sometimes others' expectations are for an artist to stay the same. When I asked Gali about what he's been up to in the past two years he said;

"I’ve absolutely spent a lot of time figuring out my path and my sound. It is kind of hard coming off of one project that rises to some sort of success, because then you're left with these expectations where on one hand some people expect to hear something similar to that, but on the other hand you yourself expect to create something new. So it’s just taken me a long time to figure out what exactly I wanted to create next. But that’s no easy task and I don’t want to make music just to make music. I want to make music that moves people, that’s something they haven’t heard before. So these past two years have really just been me experimenting with a lot a lot a lot of different things, and it’s only in this year that I’ve really honed in on it. I'm ready to show the world what I’ve been doing and I’m ready to start putting this music out there."

It is established that Gali has a unique ear for working with other artists. However, "Let Me Know" speaks to something unestablished for him. It is an original track in not only production but also voice. I wanted to know if using his voice was new for him, and whether or not he would continue with releases as a solo artist, or whether there are more features on his tracks to be seen in the near future.

"You will definitely hear more of this" in reference to his solo work on "Let Me Know." I mean, I guess it is [my first time singing on] an actual release— but I’ve been working on so many things these last two years involving my voice that to me it doesn't seem like this is the first. On this specific track it’s not just my voice lyrically, but the foundation of the track is also my voice. This rhythmical underlying structure of the track sounds like electronic beats but is actually me beatboxing through vocoders playing the chords of the track, and then chopping that up into a rhythmical foundation. Up until the chorus, everything is built from my voice except a deep sub-bass underlying the track."

Giving the song a listen through doesn't do it justice until you know that Gali's voice is more than just the center of the track. It is the track. And more than this, it seems as though he's really hit on what makes his creative gears grind;

"The human voice is truly the most versatile instrument and it has been so inspiring for me to work with my own voice and manipulate it; that is what gave me a second coming in my creative endeavors. I have been making music for such a long time and I haven't really explored my own voice. That's really an inspiration for me right now."

In talking to him about that newfound inspiration, I brought up a project that Gali has alluded to on Twitter through video clips. These clips, called "Sound Design" installments, feature two dancers and contrasting velvety blue and red lighting. Based on the artwork that accompanied UF, it is clear that Gali values aesthetics. Design elements from the ethereal pastel imagery was borrowed by a range of other popular artists, so clearly his understanding of the visualization of music resonates with others. I was curious if these videos were tied to this new sound he is beginning to establish through "Let Me Know."

"So far there are three episodes. These are actually part of my journey for these last two years. I have been making so many ideas and drafts but they have never amounted to full tracks. They still had a certain quality to them, and I felt like it would be a shame to not use them so I tried thinking of ways to invent a platform for them. That's embodied in this first collaboration with a director in France. I have so many more Sound Design bits and I plan to continue the series with different directors and dancers. The essence of this series is an exploration of visual and audio that really focuses on dance because there are so many people that have made amazing dance videos to past songs of mine; I love watching those. I feel like dance is the greatest way to represent a human interpretation of music."

As we concluded the interview, I wished Gali luck and congratulated him on his new endeavors. "Let Me Know" is the first song of a soundtrack that will represent the new Gali. The mounting pressure after UF would be enough to make any artist feel boxed in, but Gali rejects that notion— deriving his new sound from embracing change, and in that, embracing his voice.

"To me, my music (old and new) is still very much an embodiment of my approach to sound design. Using my voice is a way to reinvent something new, and for me, also a way to find a new path. Sound design is still the essence of my music, but now I am able draw my voice into that design. [I want] to use my voice as an instrument —not just to tell a story lyrically, not just singing or rapping— really creating an instrument out of the voice." 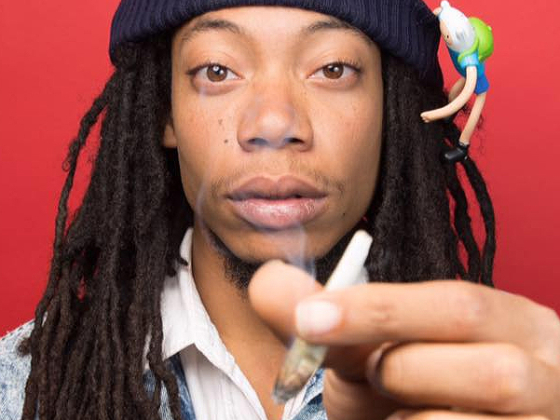 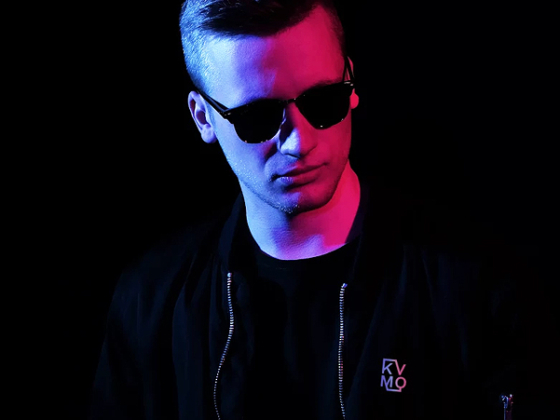 "Me & You" by KVMO is simply thrilling