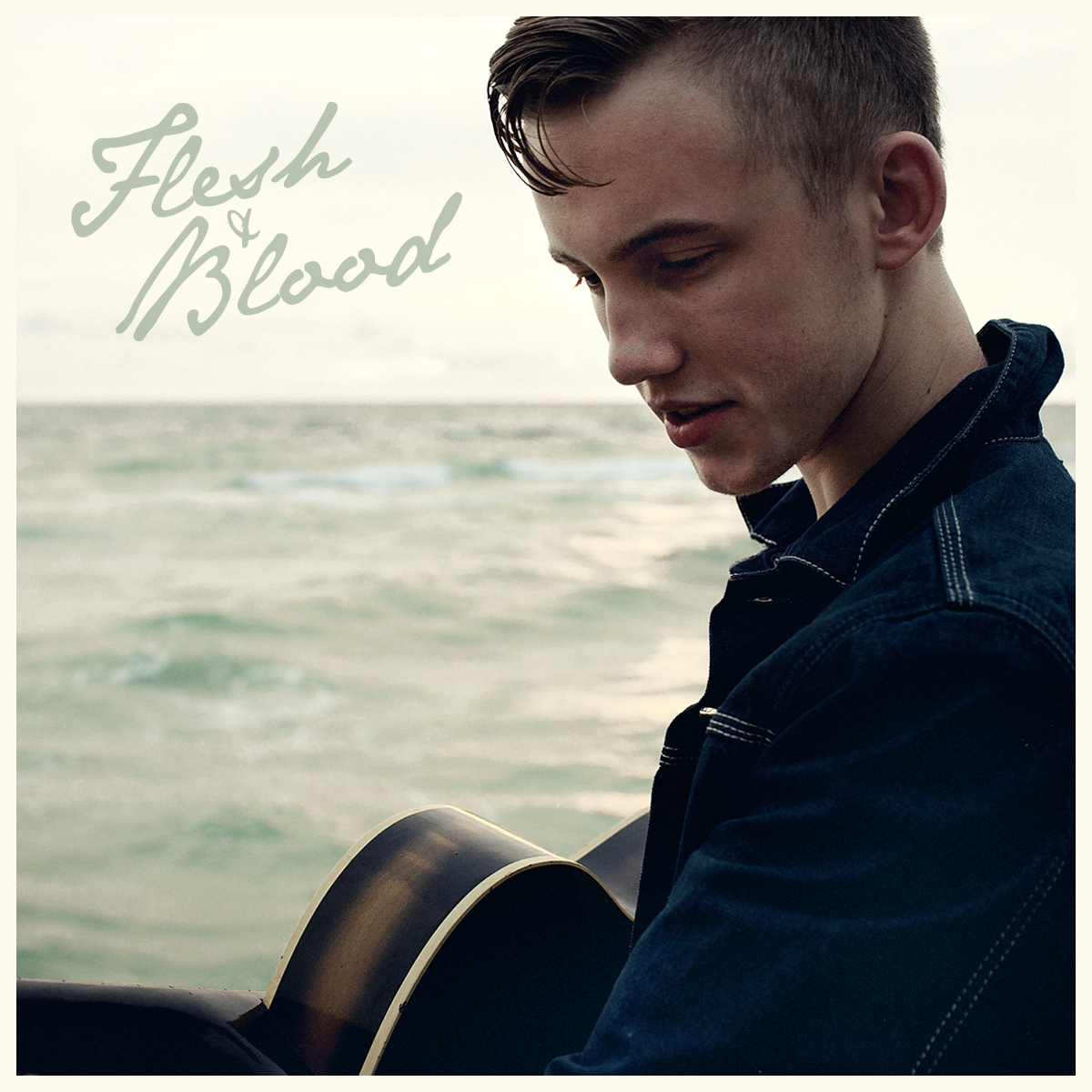 Browsing through new artists every day is a nerve-wrecking, but nonetheless invigorating, line of work. You will often find yourself examining bands that are not quite there yet, but have the potential to make the spotlight. This repetitive process of trying to locate "the next big thing" is essentially a numbers game, because for every hundred new bands, there are about ten promising ones, and out of those ten, maybe one will even get a chance at the spotlight one day. More certain however is that across the board, promising or not, artists who are only on their first project almost never have a firm grasp of their musical vision. Their taste will inevitably evolve, and so will their music. It's just the way these things work.

Josh Gilligan is one of those promising artists who's still searching for solid footing. His music is brilliant, but doesn't seem completely refined just yet, causing one to eagerly ponder his musical future while simultaneously reflecting upon his present works. His debut album Flesh and Blood kicks in with a duo of Folk/Rock anthems before calming down with the more subtle "Take Your Love". Almost quiescent in comparison to the opening melodies, "Take Your Love" is one of the quieter, unruffled tracks on the album, and non-coincidentally one of the strongest. Josh seems at his best when the peaceful Folk vibes are rampant, soothing the listener rather than prompting a jive.

Following "Take Your Love" is a set of tracks that build off of each other brilliantly, weaving back and forth between mellow and lively sounds, and ultimately capping off the album's brief eight track tenure. The album seems to climax around the middle of "Let Go", a track that begins softly but finishes with a bang. It's also the most popular track on the album (according to play count), and in an almost scripted fashion it combines all of the album's elements into one song.

The ending of the album is our favorite section, and it flows together so seamlessly that those final three tracks could work as a fine EP on their own own. The title track "Flesh and Blood" stands tall, energetic in contrast to it's surrounding counterparts, but not quite as Rock-ish as the flagship track "Whispers In The Breeze", awakening the listener before easing them out of the album with the closing stanza. "Beaten Path" caps things off gently, acting as a sort of closure for the album's eclectic tempo.

When the final, elongated strum of "Beaten Path" faded out, it left me more enthused to hear what's next from Josh rather than listening to it in succession. Josh Gilligan is an artist who is not only walking the line between fruition and typicality, but his flirtations with Rock and Country have created an open platform for artistic advancement. His debut record Flesh and Blood meanders along a Folk-laden path lined with touches of Nashville-esk nuances, never settling on any particular genre. It speaks well for an artist when their debut album contains musical variety, exemplifying diverse skills and creative flexibility-- yet such a multifarious complexion often drives a listener away due to lack of consistency. Artists who break through all have an immediately identifiable sound, and the great ones seem to take a genre and make it their own. Josh Gilligan's new album ekes with potential, but he needs to harness that unique trait, whether it be his voice, style or genre, and make it his own.

In terms of Debut Records however, this one's a winner in my books. Listen/download the entire album below.