Jacksonville, Florida musician Seddy Hendrinx has quickly become a creative force to be reckoned with, releasing a series of superb albums including Sayless and Roots II. His music is emotionally potent and personal, and he has carved his own lane through creating uniquely cathartic bangers. The artist’s authentic blend of melodic R&B and trap is a breath of fresh air in a market dominated by derivative acts. Moreover, listening to Hendrinx’s music is a freeing experience, as his songs carry a smooth, weightless charisma that quickly draws the listener in. He is also now running his own venture, Florida Boy Entertainment, helping expand his influence and give a voice to some exciting rising artists from Jacksonville. Recently, he caught up with EARMILK to discuss coming up in Jacksonville, his creative process, and Florida Boy Entertainment.

During his teenage years in Jacksonville, Hendrinx recalls an initial attraction to music he heard in the city, stating that it "had an effect on me, it gave me my soul, and it gave me what I talk about now". He speaks warmly of Jacksonville and the support he received as young artist coming up there, saying that "as soon as I started coming out with music, the city embraced me with open arms". It is evident from speaking with him that Jacksonville provided a solid foundation for what would soon become an illustrious music career.

Expanding on his youth, he reflected on a turbulent period of time in which he was staying at different houses and moving from place to place, trying to figure out how to make his next move. Of this uncertain time period, he says that "out of the blue, things would change and switch, and I was trying to figure out how I was going to do this, while dealing with the pride and insecurities I had". Coming out of this unsettled stage, however, he was able to begin fostering a nascent music career that would eventually reach great heights.

Hendrinx began by releasing singles on Soundcloud, with his cover of Bryson Tiller's "Remember" gaining major momentum on the platform. He followed this up with 2017's Just Cause EP, which helped introduce his eclectic, diverse sound. He showcased a natural, versatile talent in music from the get-go, with these early releases possessing much potential and ageless wisdom. Eventually, his talents caught the attention of DJ Drama's Generation Now record label, who signed him to a deal. Speaking on how he met DJ Drama and connected with the label, he says that "I was able to get into a writing session, and from there I got put in front of Drama". Since this initial meeting, he's shared a positive bond with Drama, as he remarks that "he's like a big brother at times, it's a great relationship".

Hendrinx's most recent release with Generation Now, the album Sayless, is a personal journey through the mind of this talented artist, putting his unique sound and honest personality at center stage. The album is a refreshing listen, delivering a sense of freedom with effortless charisma. He has recently released a music video from Sayless, for the track "Jack W" featuring 24HRS. This video showcases his relaxed, atmospheric sound and provides a warm, casual visual accompaniment that compliments the breezy feel of the album.

Furthermore, Hendrinx has been hard at work with his venture Florida Boy Entertainment, an imprint that helps grow his influence and give a platform to more up-and-coming artists from Jacksonville. The label has been expanding recently, as they have been busy recruiting talent. He touched on the label's growing roster, saying that currently "we have an artist we're working with KHop, and some major producers Swagg On The Beat and Hype Williams. Big things are coming with Florida Boy". These are all artists from Jacksonville, and it is admirable that he is focusing on hometown talent with his venture. Featuring both vocalists and producers, the label has a diverse repertoire that covers all its bases.

All in all, a point that kept coming up throughout the interview was the importance of freedom in the creative process. Hendrinx incorporates freedom into all that he does, from music to fashion, and it shines through in his output. Touching on the concept of freedom in his work, he says "it comes out naturally, of course we have to think about it all the time but it comes out naturally, just to always be free with what I think and what I do in music. It's the best way to come up with your most honest and best work". This statement rings true because his music has such an organic, smooth feel, and he hits the nail on the head when he says "it flows freely".

From speaking with Hendrinx, it is evident that he is an open-minded artist who approaches music from a very authentic place. This honesty he possesses comes through strongly in his songs, which are full of raw emotion. Coming from a turbulent youth in Jacksonville and making it to the world stage as a major artist is an inspiring and powerful story that shows he has immense dedication to his craft. Moreover, across his numerous releases, he always tries to make freedom a centerpiece- the freedom to create openly and with heartfelt intention. One can only envision a bright future for Seddy Hendrinx going forward in music, as he continues to expand his horizons creatively. 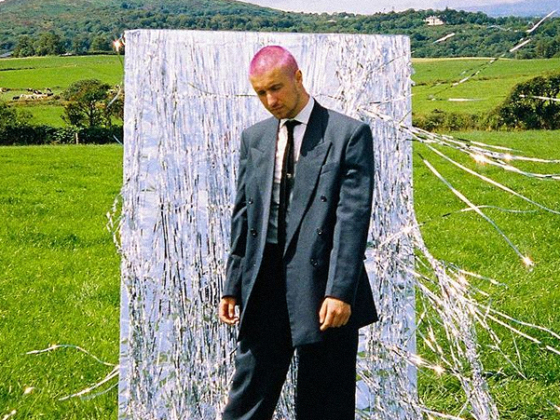