To say that George Clanton has been pioneering a vision of the future of music through its connections with technology and the virtual world would be a severe understatement. Keenly, the musician, co-founder of the 100% Electronica imprint, festival director and host of several VR concert experiences has been spearheading a blueprint for the future of how we consume, make and celebrate music.

Towards the end of one of the most tumultuous years of uncertainty and frustration to date, EARMILK spoke with the multifaceted artist about Virtual Utopia 4, his label, ideas and perceptions surrounding vaporwave and the symbiotic relationship between technology and music.

As soon as Clanton jumped on the Zoom call, his presence was as energetic and playful as you may expect from his online presence. "I like your hair colour", he began, before spiralling into his history of colour and aesthetic experimentation. Despite the intensity of the pandemic in the US at the time, his liveliness punched through the screen despite being a million miles away.

This vitality has resided within Clanton since he was a child, manifesting itself into an innate thirst for creation. He began as a child using "one of those keyboards with 100 patches on it," making "terrible songs" before that turned into an obsession with the MTV Music Generator PS1 game during middle school. Though, while Clanton would love to consider his current success as a combination of these two youthful hobbies, he notes that the big moment he decided to commit to electronic music was in 2017 when he was writing a pop song for his friend. "I realised that I really liked the demo with my voice on it the best", he explains, "it was at that point that I switched my focus from shoegaze rock to electronic music because of the limitless nature of what I could do with just my computer".

Since that realisation, Clanton has gone on to release several records as old monikers ESPRIT 空想 and Mirror Kisses before reverting to his given name, launching his independent record label 100% Electronica with partner Negative Gemini and founding the first vaporwave festival — 100% ElectroniCON.

ESPRIT 空想 · ｗａｔｅｒｆａｌｌｓ
Notably, Clanton is most recognised for his affiliation with the elusive music genre vaporwave. Having been in the vaporwave community essentially since its naissance some ten years ago, Clanton has a unique perspective on its ebbs and flows, and does not shy away from sharing his opinion on the genre and its associations. "Vaporwave is more an aesthetic wrapper than a set of tempo and instrumentation rules" Clanton suggests, "it's in flux". While it was common to know every artist and release when vaporwave emerged as a genre, the culture and community is consistently expanding in scope and diversity. "Now it's much more complex, like a family tree after several generations, with more variation than one person could realistically digest".
Despite loving the genre, Clanton has had some qualms regarding the culture encompassing it. Notably, vaporwave gained popularity in the early 2010s as a product of meme culture where niche internet microcosms fostered this genre where it was seemingly integral for artists to not take themselves seriously and treat their music like a joke. "I love memes, but my music is for real," Clanton says, explaining why he had so much hesitation towards describing his music as a genre that is inherently satirical. "Since then, we've made it a goal of 100% Electronica to encourage people to take the genre more seriously, and shame the edgelords back into hiding".
Clanton's 100% ElectroniCON festival expands on the idea of taking vaporwave seriously, proving that the genre can be as much about raving and partying as about sitting and listening. "Vaporwave can be about anything you want it to be" Clanton explains, "you know it when you feel it. I'm probably on the extreme end of the vaporwave spectrum where it can be definitely a rave, with a lot of energy". In many ways 100% ElectroniCON reflects other parties that also reinforce this potential of vaporwave, like Terminally Chill in Philadelphia, which Clanton celebrates for this quality.
100% Electronica · Crash Pad
While many of us saw festivals online as a response to the pandemic, Clanton laughs that these virtual experiences are something that vaporwave has been doing for years. The concept of Virtual Utopia — an accessible VR showcase for musicians and artists — had actually been in motion prior to the pandemic, but it fell into place serendipitously at a time where everyone was locked up at home. Despite not being able to go outside, most of us were still able to go online and witness the spectacle of Virtual Utopia. This sense of democratisation of experiences is underpinned by the ethos of Virtual Utopia, as Clanton describes. "The whole concept is, 'If I can do it, you can do it.'" This accounts for why there is a resource page on the Virtual Utopia website that includes tutorials on skills from learning how to use different softwares to creating 3D environments. By the third Virtual Utopia, they were already including artists who had only started teaching themselves VR after seeing the first Virtual Utopia. "I'm really proud to say that and want to continue fostering that kind of creativity and giving virtual artists a platform as we go forward".
These community values of inclusivity and accessibility are also upheld by Clanton in his approach to running his label 100% Electronica. To him, serving the artists is the easiest part of running a label, and he considers that it is just as important to serve the fans so that everyone can benefit. "If there's no TV show that wants our artists, let's build our own", Clanton mentions, referencing the BIG STREAM VR & Virtual Utopia. He continues that "if there's no music festival that wants to put our artists on, let's build our own", referencing 100% ElectriCON. While these ventures take a lot of resources, time and bodies, Clanton justifies the effort about the excitement gained from "developing an entire ecosystem that the fas can get excited about, and the artists can automatically be a part of". To Clanton, fostering these communities and creating these experiences is how you can make your label stand out in 2021, as "the most exciting labels focus on incubating their own subculture".
100% Electronica · George Clanton & Nick Hexum – Out Of The Blue
What for many was a year stuck in the past, stagnant and unwavering, for Clanton was a year of success, creativity and productivity. "I've never really been this busy before in my life," expanding that he's been developing VR concerts and the first VR podcast while managing 100% Electronica and working on his next solo album. While his activities could be interpreted as a rebellion to the inertia of lockdown, it's likely that he invoked this productivity spirit beforehand, which resulted in his collaboration with 311 frontman Nick Hexum. "[311] has been one of my favourite bands since third grade," Clanton offers eagerly, "I often hear his voice in my head when I'm writing so actually having him sing on my songs is unreal."
As cities start to reopen and the hope of international travel hangs overhead in the air, Clanton is busy working on his next music and dreaming of things to go back to "normal" where he can play gigs in the US and across the world.
Connect with George Clanton: Instagram | Twitter | Soundcloud | Youtube
Total
1
Shares
Share 1
Tweet 0
Share 0
Share 0 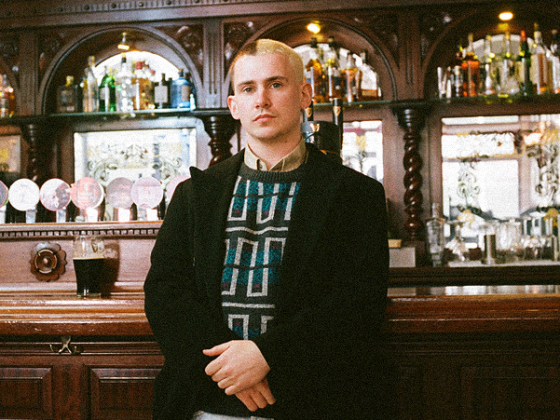 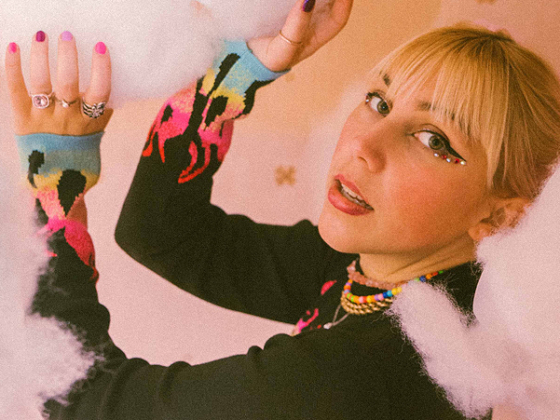