Amsterdam-based four-piece Queen’s Pleasure have spent years listening to UK indie rock, from Blur to The Smiths. The eerie sound from across the canal grabbed their attention, and at some point they found themselves in the UK recording their new EP Panic from Dublin. With the help of Ed Hartwell (Ed Sheeran, Arctic Monkeys), the group devise a gloomy yet lively garage rock with a purpose. The title track “Panic From Dublin” details the band’s near breakup and eventual resolution, as well as the effects of the UK music scene on the group. For frontman Jurre Otto, the track helped him navigate through those moments of conflict.

“Starlet” swerves the record in a punk direction. The song tells two stories simultaneously, a narrative of a girl trying to accomplish fame, and an ode to Otto’s old and rusted Toyota Starlet. “Sitter” encourages the listener to be unafraid of the unknown, to swing the door wide open and start living outside of their comfort zone. Yet in some ways, Otto admits that he is also addressing himself, reminding himself to continue living, even in times like these. While the track was written prior to the COVID-19 pandemic, it finds itself with added meaning and greater relevance than ever before.

“Alex Sender” rounds out the EP by reflecting on past encounters and learning from them. “I used to work in a bar with a lot of shitty music,” Otto recalls. “And while working there I saw people who were so self-obsessed and so angry most of the time that I just wondered what it’s like to be them, and I secretly wanted to be a part of them because they were kind of cool and all. I wanted to prove to those people that I can be funny, masculine, and cool. But I soon realized that’s not what I wanted to be.”

Much of Queen’s Pleasure’s sound on this record also evolved from exploration of Amsterdam’s own music scene, listening to rising Dutch bands like Teddy’s Hit and Personal Trainer, and playing shows in the Melkweg and Paradiso. “Playing in Paradiso was always a dream for the four of us, and now we’ve played there a couple of times,” says bassist Jelmer Van Os. “For me, it will always be the best venue to play in.”

With their debut EP and livestream release show checked off the list, the four are turning their attention to placing the final touches on their upcoming debut record (and the occasional pinball game at drummer Sal Rubinstein’s house). We can expect a full album from Queen’s Pleasure by the end of this summer. 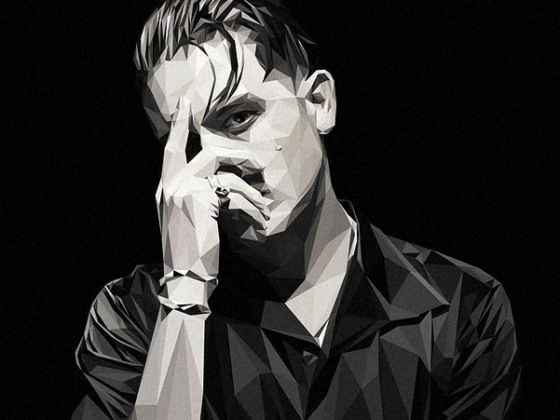 Vanic releases ‘Earn It’ with Fairlane, the sophomore lead single off of his forthcoming debut LP