The best way to appreciate where you are today is to see how far you've come. LANY, an indie-pop band from Los Angeles, now have their third album out, mama's boy, and it comes at a time where the world seems to be in disarray. Many are searching for substance, direction, and a footing to stand on. Artists many times go through the same conquest. Sometimes, to be able to get to where you're heading, you got to turn the clock back and remember where you came from.

“I spent the last couple of years obsessed with the idea of being the best band or the biggest band, but that's so subjective,” frontman of LANY, Paul Jason Klein told EARMILK. “But you know what? Who's the most improved band? We are. 100 percent." With his head held high, the lead singer is proud of the level of growth the band has shown in just four years. “There's absolutely no ego in this band. I think we love each other more than we ever have before. It allows us to be incredibly critical and honest with ourselves.”

Album number three is here and LANY has delivered what is easily their most gripping LP of their career.

I've been critical of the promising band in the past, as they began their careers with home run after home run for each EP dropped between 2014-2016, and followed with releasing a pair of frustrating breakup albums – frustrating not because they were breakup albums, but because they lacked consistency in the quality that they've proved to be capable of. The self-titled debut, LANY, may have had some album cuts that were noticeably fillers. With 16 tracks, there was a missing togetherness. Their followup album though having a handful of gorgeous songs with a few courageous moments sonically and lyrically, lacked in strong melodies and probably just lead with the wrong single. Nonetheless, LANY progressed and prevailed.

They toured the world. They also collaborated with Julia Micheals and later linked up with Lauv last year with "Mean It". After their last tour for their sophomore album, Malibu Nights, the band took a two-week trip to the city where they originally formed, Nashville. There they started writing and working on their next LP.

The good news is that where albums like their last missed the mark, this one nailed directly in the bullseye. A cohesive vibe is wrapped around the album like a book's jacket. The traditional acoustic guitar is used now more than it's ever been in a LANY project, and it's working. The boys didn't hold back on diving full force in the central theme of their project. It feels like Paul, Jake, and Les took all of their greatest qualities, got into the room with the right minds, and created an aura that mama's boy is meant to live and stay in.

Paul told us that the album to a certain extent was about the full-circle moment that happens after leaving your hometown to pursue your dreams and once you begin to achieve some of those dreams, remembering how important and integral your upbringing means to you. The thankfulness of Paul's geographical identity is the aesthetic basis for the album's rollout.

The songwriting of Paul Klein, which is arguably his strongest weapon, shines tremendously in the 14-track journey. He keeps his vulnerability at the forefront of their work – just as he's always done. However, in this record, LANY opens up about much more than romantic heartbreak.

They teamed up with country music singer, songwriter Shane Mcanally, Sasha Sloan, and King Henry throughout the album. One of the more in-your-face moments of self-reflection and lucidity comes at track 5. In "i still talk to jesus", the songwriting encompasses the notion of grace – undeserved grace given to us as we "try to do better than yesterday". Klein airs all his dirty laundry for the world to see. He allows the audience into an intimate confession of him being real with himself. Klein grew up in a Christian environment and long before LANY, as a teenager, he was involved with music in church. So, with transparency, he sings about all the things he's done that may be considered "rulebreaking". Yet, this somewhat of an outward prayer is met with a strong, chilling bridge backed by a lovely 8-piece choir.

"The bridge is so powerful. It's just been really awesome, dude, to see how that song connects with people,” said Paul as he reflected. “Whether they believe or not, I think the message is that we're all broken. Go easy on yourself and give yourself a sense of grace.”

This personal number was written with Sasha Sloan and Shane Mcanally. Paul admits that before meeting Mcanally, he didn't know who he was. "Sasha was like, 'hey, Shane really wants to write with you, and I'll come with you.' I just really didn't know who Shane was and it's a good thing I didn't,” said Klein about Mcanally. “If I had of, I would've been kind of nervous. Yet, he's just thee most down-to-earth dude ever." LA-based singer, songwriter, Sasha Sloan also has songwriting credits also on 9 0ther tracks making it 10/14 in mama's boy which possibly contributes to that noticeable togetherness in the album.

feels like we’re in a dream tbh!! u never rly know how the music is gonna be received, but the feedback has been just so overwhelmingly positive. love y’all ? #askLANY https://t.co/FBEEPglBtu

"I demo'd that song and then I sent it to Jake and Les, and Jake called me just crying on the phone. I've never heard Jake cry. So, I knew the song was important for us," Klein remembered. “But, I didn't know because… it's really interesting man. It's so funny. People who preach tolerance are just so interolant to Christianity. They're tolerant of every other belief and every moral compass and system but, often times, so intolerant of whatever they don't believe."

On the first day of their two weeks, the band began to work on one of the singles off of mama's boy, "if this is the last time". It's a real tearjerker.

This is yet another personal song for all of LANY where they reflect on family. The album's second single is a letter to their loved ones as they all get older. The song doesn't fixate too much on mortality, but rather on thanksgiving. Song after song on this record, the band brought together popping melodies latched with honest lyrics that couldn't be more simply put.

The bounce back is real. The production is sharp and creative. The string of melodic variety that they were able to invent amongst the whole body is another refreshing realization. For example, though the chorus may come off as cheesy on "good guys", it recovers with the album's most luminous, lighters up, Coldplay-esque bridge. The catchy "when you're drunk" pre-chorus is another notable highlight, as it's easy to sing-along the lyric, 'you don't want me like I want you.'

Klein acredits both Coldplay and John Mayer as massive influences in music. "To me, I grew up adoring John Mayer and his songwriting. One thing I notice about John Mayer is every solo – you can sing it. That is the key to his success as a guitar player. On top of that, with Coldplay, their wall of sound that they invented with the soaring guitar line that sort of becomes the main rift. I spent my whole life studying those two and to kind of bring those two together…I think you can really hear that.”

The LANY boys are used to putting on electrifying shows where they can physically engage with their fanbase. That element of dropping an album has unfortunately changed due to the climate of the world in regards to the COVID-19 widespread pandemic and safety precautions. However, the band decided to roll with the punches and still find ways to 'touch' their fans. The band is very active in releasing new merchandise, an album zine, and song visuals. Paul talked about a collaboration in the works with Levi's.

"I'm working on a LANY Levi's trucker jacket, that's denim and has 'LANY' embroidered across the back shoulder," said Klein. "I'm designing a bunch of patches right now."

The album, mama's boy exceeds what the band has been able to put together as far as full-length bodies of work. It's really a testament to humility and diligence. With trial and error, the band has reached for their potential and, optimistically, I don't believe they've touched their full just yet. For now, I'll end this with how Paul worded it to me. LANY is "thee most improved band on the planet. Period." 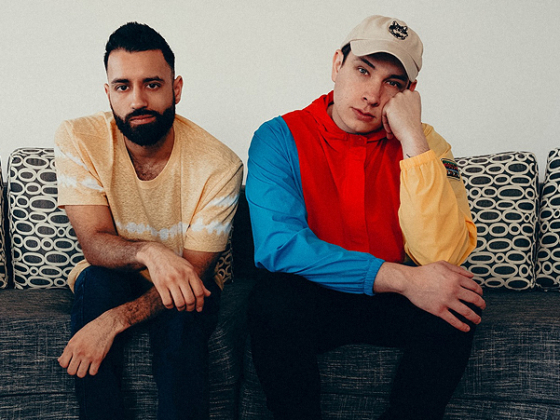 The Habits unleash their amusing new visuals for “Shoulders” 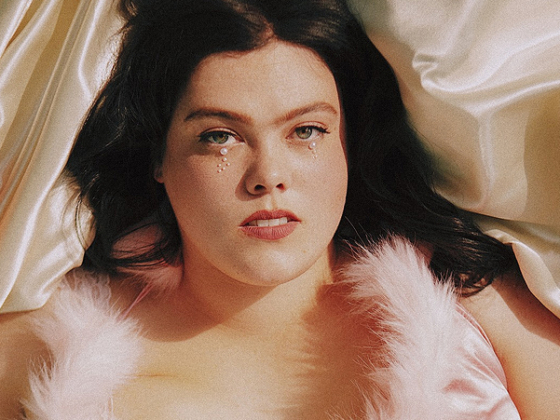