First, there was Bob, then came Damien, James, Ed, and now prepare for John-Robert.

Each of the aforementioned singer-songwriters paved the way for the next artist to add their own modernized take of heartfelt storytelling composed over grand musical ballads. And while their stories and sounds were all beautifully unique, the young John-Robert brings a fresh sense of earnest songwriting fused with bold new production techniques that sets him apart from the household names before him. John-Robert's upcoming EP Bailey Barely Knew Me, due out May 22nd , beautifully fuses together haunting melodies with an endearing voice that leaves listeners utterly mesmerized. His voice boldly stretches out throughout each track to hit high passionate (and often times crackling) falsettos while seamlessly returning to a soft whispering confession. This masterful control over the direction and emotional range of his music is an early indication that this is a truly special new artist in the making.

John-Robert has already received a stamp of approval and even a record deal by Grammy-nominated producer, songwriter and founder of Nice Life Recording Company, Ricky Reed, who also signed Lizzo to Nice Life, and has worked with such artists as Halsey, Leon Bridges, Maggie Rogers, and Twenty One Pilots. In a phone interview with EARMILK, John-Robert shared, "I graduated high school a year early so I could explore music. I was originally going to Berklee College of Music in Boston but then decided to defer and jump headfirst into the music business right from the start. I talked it over with my parents extensively, but then I met Ricky Reed, and after a few demos, we came up with a game plan that was aligned with my best interests."

Ricky Reed first took notice of the aspiring musician doing a cover of Chance The Rapper’s “Same Drugs” on Instagram. “I had really long hair, wore oversize sweatshirts and cargo pants,” says John-Robert. “He was able to look past all that, and he reached out to ask if I had any demos. This was during my tropical house music phase—I didn’t even write choruses. So he really had to be patient, and give me time to find my voice and write actual complete songs.” Eventually, he sent Reed “Adeline” and “Friends,” which both made it to the EP.

The genuine earnestness in John-Robert's music comes off natural and never forced. Tracks like "Adeline" provide an almost voyeuristic view into a person's intimate late-night confessions. Much of this sense of honesty has to do with the small-town upbringing and ideals that the musician still holds dear to. "There just wasn't a lot of things to do. Growing up in Shenandoah, Virginia, we played with BB guns, you know, went out into the woods, if you did something then everyone in the town was gonna know, family names were very important, just a lot of that beautiful small-town vibe. Everybody knows everybody. "

The music video for "Adeline" mimics the juxtaposition between the soft vocals in the verse and the passionate wails that erupt during the chorus pleading to break free. But finding a human-sized water tank to submerge oneself was no easy task. John-Robert joked, "I remember telling my mom, 'So, I want to be in a glass tank and I want the water to continue to rise up to my head.' She quickly told me, that's way too much, they're never gonna give you the money nor let you do that. But next thing you know, we're on our way to this magician's warehouse to pick up a water torture tank for the video. It was the only place something like that would even exist. But then we didn't have a water heater, so the water was frigid cold. They had to put me in a wetsuit. And then, we would take me out after a few minutes of shooting because my hands and lips would start turning blue and yellow. They even had a car outside with the windows blacked out and the heat blasting inside. They would dry me off, and I would jump in the car and just sit naked in there until I warmed back up again."

Tracks like "Adeline" and "Urs" provide the perfect balance between catchy studio production and delightful guitar ballads but still retain a sense of genuine charm that avoids any sense of gimmicky or glossy folk-pop. Even with the slight sense of melancholy, each track is unavoidably memorable as they pull influences in from psych rock, folk-rock, and even a bit of synth-pop. "I love browsing all the samples on Splice until I just come across a sound or drum kick that just gives me that little hit of dopamine, and you're like, oh, I like this. Typically I have a set of chords that I religiously play over and over again until a melody kind of creeps up and pops out. I just kind of marinate and meditate on a set of chords until something comes out naturally from it."

The multi-layered instrumental elements, varying rhythm changes, and bold vocal range provide a beautiful backdrop to the vivid storytelling expressed in the lyrics. "Pretty much my father was always playing music everywhere we went," shares John-Robert of his introduction to music. "If it wasn't Chicago, then it was Queen, you know, all the goodies. And the music kind of found its way into my life. One day, I was playing kickball with my friends at a fundraiser event called Relay For Life. And then my father just pitched to the event organizer the idea of having me go up and sing. So I went up and sang from the heart acapella. And then I was like, Oh, I like this affirmation. From that point on, I just kept picking up other instruments that I could also perform and express myself in front of others."

John-Robert's latest single "Pelican" provides a diluted dance rhythm that hides anxiously behind a delightful guitar melody. The enjoyable melancholy psych-rock undertone is further lifted by light flutterings of keyboards and electric guitar strings that keep the track colorful and vibrant. The accompanying music video further showcases the increasing musical curiosity that the young evolving artist is continuing to explore. "Shooting the music video for 'Pelican' was a great test to see how much creative control I could actually have in this business as a musician," he shares. "I jokingly/not-so-jokingly told them I wanted a giant pelican head and they somehow fronted the money and never asked questions. It was sort of a 'test the waters' situation on how much creativity I can express within music videos and it was genuinely just a lot of fun to film and everyone who was involved made me feel comfortable and were amazing to work with."

He further goes on to share, "So we had two different pelicans for the video shoot. We had one made out of papier-mâché and then one that was a puppet. We had to build the pelicans on the UCLA campus while students of the school were all around us filming projects for their classes. They would ask us what project we were there for and so we would just make up different classes to tell them each time, like personal finance or something."

The entire Bailey Barely Knew Me EP was written and produced by John-Robert. The complex compositions, the moments of sincerity found in the calming down-tempo bridges, the passionate vocal builds in the eruptive chorus', are all displays of an evolving artist that has only just gotten started. The EP drops on May 22nd across all major music platforms, so stay connected with the links provided below.

"I'm really proud to share with everyone something that I wrote entirely in my own basement and the whole EP shows an evolution from those original basement tunes to the professional production value that Ricky Reed helped provide," he continues to share. "Ricky continues to buy outlandish, really specific but obscure gadgets and gizmos to toy around in the studio and it's just been an experience of constant learning. Labels can be very annoying and tell you what songs to put out or when to release them but I'm thankful to have found a place where everybody has mutual respect for one another. I just didn't know those things could exist. So, yeah, I'm proud of what we created together. Really excited that this new music is coming out and I'm really excited to tour and get out of my basement." That makes two of us John-Robert. 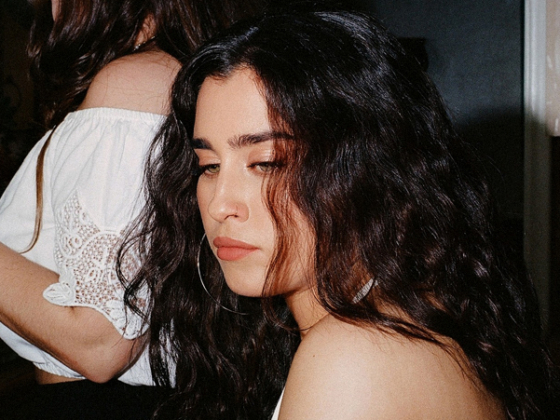 Lauren Jauregui guards her energy and loved ones at “50ft” [Video] 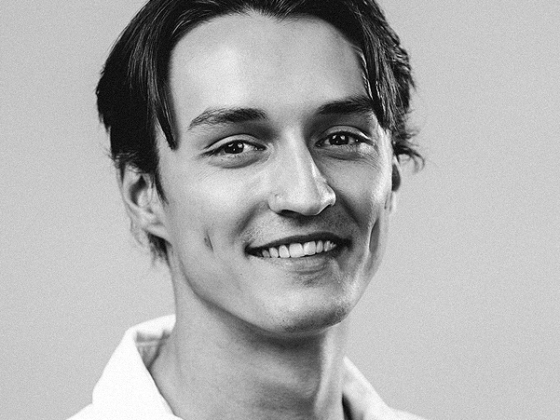