It’s Valentine’s day when I chat on the phone with Noah Deutschmann, the frontman of Swedish indie-rock outfit Tribe Friday. He looks out the window and into the woods of northern Sweden while he tells me his plans for the rest of the day. Dinner? Vegetarian shish-kebabs (he is a born vegetarian and has never eaten meat in his life). Movie? Harry Potter. Dessert? Raspberry Mango Sherbet. Tribe Friday’s new single “Freaky” is our latest glimpse of their upcoming EP Chasing Pictures, which will be out in March. The distressingly aggressive and ominously dissonant punk rock track tells the ill-fated story of a friends’ night out. His friend needed a place to stay, a strange older woman insisted that he stay with her, and things quickly became “pretty psychotic.”

The disturbing track is accompanied by an equally disturbing video. Inspired by a creepy early 2000’s Japanese McDonald’s commercial that Deutschmann discovered on YouTube, the video has an appropriately “freaky” feel. The band is dressed in monochrome primary colors, but Deutschmann wears black with heavy makeup. The video was shot at a boarding school outside of Stockholm that was allegedly once home to a cult. The large and “slightly creepy” building, located “practically in the middle of nowhere,” has a sterile, insane-asylum feel. It was filmed with the help of students from said boarding school.

Chasing Pictures is a genre-spanning showcase of sounds from Sweden and elsewhere. In contrast to the punk-rock nature of “Freaky,” the first single from the EP, “Talk So Loud,” is an homage to the New York rock bands that inspired them. Raised on the Strokes and Yeah Yeah Yeah’s, a dream of Deutschmann’s was to play shows in New York. The song was inspired by the excitement of learning that they would be playing New York’s Mercury Lounge, but also flavored with Deutschmann’s special blend of Swedish teenage angst.

For Deutschmann, a highlight of his young career was the moment his plane touched down in New York City. It felt like he was living in a movie when he spotted the Manhattan skyline outside the plane window as the plane lowered to the ground.  The release showcases the groups versatility in mastering many of rock and pop’s most popular sounds. “Freaky’s” gritty, punk sound is smoothed out by the romantic 80’s synths in the 1975-esque ballad “If I Were You.” Here, Deutschmann sings of the teenage desire to go somewhere bigger and better and see the world. “Choreograph” brings a dose of surf-rock to the table as Deutschmann sings about the frustration of feeling like the events of your life are fake or choreographed.

When it comes to songwriting, the Tribe are purists. “I think we’re all really big fans of older music that was recorded on tape where they didn’t have all the different computer programs to quantize and fix the drums and pitch all the vocals and stuff like that. I guess we sort of romanticized that in a way,” Deutschmann explains. “When we started recording, we sort of knew from the get-go that we didn’t want to be too particular about timing and stuff like that. We just wanted to make it sound alive.” If you want something right, you have to do it yourself, so Deutschmann also studies music production at Örebro University (although this can sometimes clash with tour schedules).

He has started to fall in love for producing, but his first love was songwriting. “The first band I played in was a Rage Against the Machine cover band with my older brother,” he recalls. His brother’s guitar skills piqued Deutschmann’s own interest. “I sort of stole one of [my brother’s] old guitars that he had laying around and tried to play some chords on it.” Only about a week after learning the four basic guitar chords, a twelve year old Deutschmann had written his first song. “I’ve always seen the guitar more as a tool to write stuff rather than actually being a guitar performer or shredder or whatever you want to call it,” he says.

For him, it is the aspect of songwriting that drives his progress on the guitar. In fact, he has occasionally assisted other groups in their songwriting and production as well. “I think I’ve become a fairly decent guitarist over the years. I’ve never really focused on it but I think it’s sort of inevitable when you play every day that after a while you get okay at it.”

Deutschmann and drummer Anton Hillvall have been playing music together since they were young teenagers. Deutschmann was on the hunt for a drummer, and his girlfriend at the time introduced him to Anton and it was “pretty much love at first sight.” The two have played in bands together ever since. Guitarist Isak Gunnarsson and bassist Robin Hangerger Pérez joined Tribe Friday’s lineup only in December 2019. Deutschmann had produced singles for their respective previous bands. “I just kind of stole them from their current projects and had them join the Tribe instead,” he laughs. But Deutschmann and Hillvall faced a lot of pressure and limited time to put together a new lineup. They already had a US tour locked in, so they would have to rehearse together in preparation, take new band photos, plan upcoming releases, and film a music video. “I’m surprised it worked out as well as it did to be honest,” laughs Deutschmann. “I think we really made the right call on who to have join the band.”

Tribe Friday has recently returned from playing shows in both New York and Los Angeles, and Deutschmann has only just recovered from the nine hour time difference. There’s no time to waste, though. The four-piece have releases to prepare for rehearsals for a series of shows in Germany at the end of February. According to Deutschmann, Tribe Friday shows are “like big energetic parties.” “We go pretty crazy onstage. We don’t focus that much on playing the songs correctly. We just sort of jump around like crazy people,” he says with a laugh. “I love playing live. It’s the best.”

2020 will be a big year for the Tribe as they’ll be releasing a second EP after Chasing Pictures sometime this summer, followed by a European Tour. 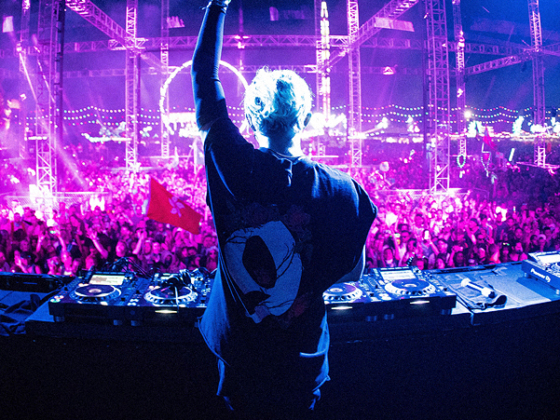 ALPHA 9 makes an astral return to Anjunabeats in "Dreams" 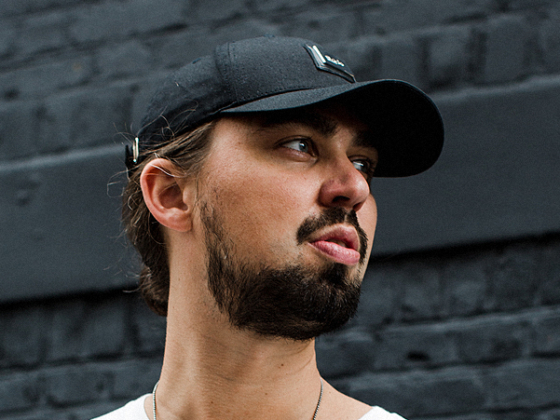 Sonny Fodera, King Henry, and AlunaGeorge join forces to tell the story "Before U"