There are some of us dedicated to rummaging the inner regions of the web in search of that good alternative urban music and serving it directly to music lovers. We call this initiative "The Slice" here at EARMILK. Every fortnight, we share ten or more ear-grabbing songs in genres ranging from hip-hop, grime, soul, afrobeat/pop and dancehall. So, let us do the digging for you while you sit back and relax to some brilliantly crafted music from around the globe.

Australian producer, Kut One teams up with veteran Bronx rapper Nine for a menacing banger, titled "When Ah Pull Up" via the highly anticipated album, The Icons, Vol. 1 & 2. Nine has been a mainstay of the underground rap scene in the greater NYC area for the past three decades and comes through in this track with his recognizable gruff delivery over the ominous backdrop laid before him. In between the heavy percussion and layers of piano and strings, Nine marches forward with aggressive bars about his plans to shut shit down and put a “hole in your head like a dolphin.”

Get the single on all DSPs here.

Chicago-based hip-hop artist Neak sheds some light into his headspace on the song "Dreamer's Sadness," where he looks at life from the bleak position of not living to your full potential. Engulfed by a layer of heavy synths, Neak brings the message home with brooding energy. The talented Taylor Iman pays homage to the greats as he interpolates the Kool and The Gang's' Winter Sadness.

The video, directed by Robert Yanik & Megan Marie Connolly follows Neak at his day job and ends at a weird fluorescent-colored rave, where anything could happen. Get Neak's full-length project on Bandcamp.

Up-and-coming rapper TaiTheGawd gives us that good old sun-soaked vibe on his track "Batcave Freestyle." The laid-back rapper teams up with his homie Tay Rob to drop some lyrical fun over soulful instrumentation.

Get it on Spotify, Apple Music, Deezer.

SonikCuts invites rap veteran Termanology for his second single titled "Superstar" — a track that dives into the nitty-gritty of a street-savvy connoisseur. Sonikcuts blend a smooth jazz sample over laid-back drums and vocal scratches as Term's masterful verbals weaved in and out on the opposition. SonikCuts new single ‘’Superstar’’ is taken from his new project Power Moves and is available on every platform here.

Lunar BLVD is a hip-hop and R&B trio based in Chicago & Los Angeles that features; MC Lunar (rapper, poet, writer), DJ BLVD (producer, composer), and Mark Alan (vocalist, guitar). On their new song "Pyramids" the group dives into the allure of money and fame alongside the struggles that come with the journey of pursuing one’s passion and achieving artistic fulfillment through dedication. The track has an exotic blend of multicultural sounds showcasing the confluence of backgrounds comprising the up-and-coming trio.  Get it on Spotify.

Footsteps  – "Do Me Something (feat. Moelogo)"


UK producer and artist Footsteps links up with singer Moelogo to create this smooth rhythm-driven single "Do Me Something". The party jam blends of UK Afro wave and afro-pop to produce a lush flowing sound that captures the summer in all its glory. Footsteps keep it classy all the way as Moelogo wraps up the track with his signature fiery melody.
"Do Me Something" is taken from Footsteps' upcoming project isthatfoot vol1.

The 70-year-old rap duo is back at it again. Pete & Bas get down on a new video for their single "Ugly." No holds barred on this one as they deliver their roadman, trap-infused raps that range from tongue-in-cheek to lethal. The video sees the duo wreaking havoc in a mall while riding Mopeds.
Get it on Spotify


August Roads shares a heartfelt piece on his new song "Turn Up" where he details his experience on the verge of either breaking through or falling apart. Backed by a lush, dreamy backdrop, he dives into his state of mind where he can't go any further but he finds it hard to quit the things driving him towards the dark side. The visual has a psychedelic feel with its hazy twirling fx that helps bring the theme of the song to life.
Get it on all DSPs here.

Sia Babez – "Are You Ready"

Sia Babez returns with the visual for her sophomore single "Are You Ready" that showcases her unique pop-infused R&B style. Using music as therapy, she delivers a soothing performance over the bouncy backdrop as she asks us "are you ready?" The track explores the idea of breaking free and being liberated from societal shackles and restraints. On the flip side, Babez opens to track to interpretation for the listener to decide what the song means to them, and how it makes them feel.


It's an NYC thing as Connie Diiamond teams up with Nyemiah Supreme for this vibrant cut "Toast x Busta Freestyle". The DJ Serious710 produced track blends Koffee’s hit single "Toast" and the classic Busta's "Put your hands where my eyes can see" while the duo trade fiery verses showcasing their lyrical prowess. The song sees both NYC based emerging female artists working together with video director DDFRx with various dancers. The single foresees a joint upcoming short EP, set to release in November 2019.

Denver-based emcee Paradox and UK-based producer & emcee ReFlex the Architect team up for a brilliant piece titled "Persistence". Backed by a cinematic backdrop, courtesy of ReFlex and nostalgic horns by Vicky Flint, the duo encourage the listener not to give up even when they are knocked down and keep their head up regardless of all the obstacles trying to bog them down. The track is also enhanced by an inspirational spoken-word piece by DJ Sean P.
Get it on Apple Music.


London-based singer-songwriter Emily Litta's "+1" is a retro-tinged R&B cut that bridges the old and the new with its lush textures and head-nodding drum arrangement courtesy of producers Ed Carlile and HUME.  Litta takes time to detail her experiences with misogynistic guys who try to cross the line and get fresh. Armed with a fiery and sultry vocal style, she effortlessly dismisses the men whose agendas focus only on the physical aspect. She adds that women are way more than just a physical plus one.

After thrilling us with her soothing single "A.M", Malunga returns to the forefront with another heartwarming gem titled "Proud". On this one, she teams up with producer James Berkeley ( Yakul ), who helps craft a soul-gripping backdrop that accentuates the singer's striking vocal range. The track serves as the perfect ode to self-love and also shows appreciation to the people who helped her grow into the strong woman that she is."Proud" is taken from her forthcoming EP, which is due for release in 2020. 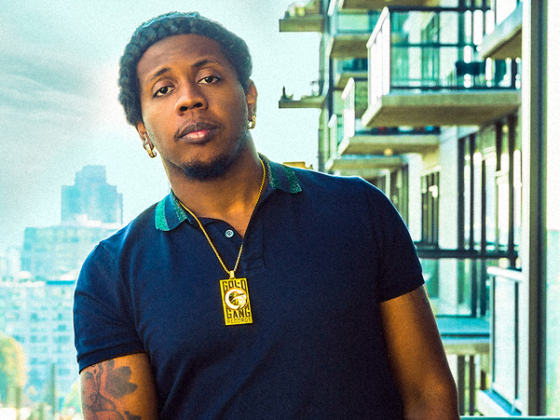 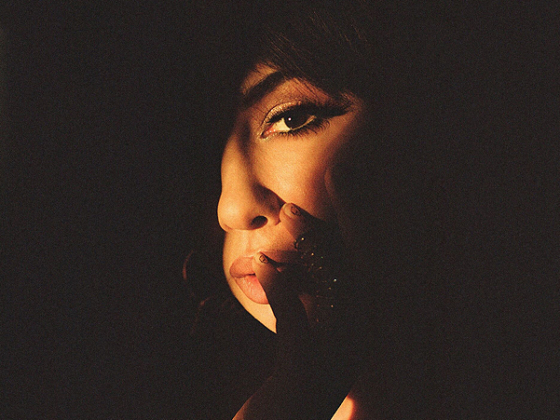