Emma Frank – "Before You Go Away"

Brooklyn-based, genre-fluid artist Emma Frank starts off the list on a very solemn note with her single "Before You Go Away" and accompanying animated video. The track has a subtle mix of folk and r&b and sees the singer/songwriter detail the varying emotions that come with self-growth, acceptance in love. The animated video helmed by visual artist Alexander Bliss helps capture the swelling passions and inner warmness that come with experience love in a new way. "Before You Go Away" is taken from her sophomore album Come Back (out September 6th). Get it on Soundcloud. Pre-Order the album here.

Emcee SHDW shares his thoughts on his new single "Day By Day (The Motions)". The soft-voiced emcee doesn't fake the funk as he details himself going through the emotions over a soulful beat. he also doesn't get too carried away and keeps the listener glued with his relatable stories and experiences.

Finnish soul singer, jazz pianist, composer Tuomo (Tuomo Prättälä) is a man who wears many hats and dabbles into a wide range of musical genres. His new effort "Tindercuast" is highly funky, futuristically soulful and groovy from start to finish. The retro-tinged vibes come second only to the soul-gripping melodies and angelic harmonies that fill up the jam. "Tindercuast" is the lead single from Tuomo under Kieku Records.

Rising emcee Louis Metric shares a personal tale on his new single "Sundress". The song serves as the perfect outlet for the emcee to get some things off his chest over a lush layered soundscape. He details his rocky past dealing with alcoholism and his eventual path to recovery. The single features Marley Quinn on the chorus providing the much needed celebratory vibe while Metric shows nothing but gratitude and the gift of a second chance. "Sundress" is the second single from Louis Metric's upcoming E.P. Faking The Experience.

Chuuwee doesn't sleep and continues to raise his discography every minute. His latest EP 'Nimrod' gets a boost with the release of the video for "Boardman" which is produced by Colin Brackett and the minimalistic video is shot by Castro of NewHighFilmz. As per usual, Chuuwee goes for the basket as he references 90s past times like Streets Of Rage, classic NBA games and more. The short EP serves as a prelude to Chuuwee's upcoming (9/7) and anticipated "Nephilim" album.

Belgian producer dFonK and rap veterans Smif-N-Wessun are working on a collaboration project and in the interim, they share with us their latest effort titled "IMOM (in memory of Marvin – radio edit)". The track is a far cry from what we are used to from the Boot Camp Clik affiliates but nevertheless doesn't break their consistency when it comes to their pen game. Over a four tot he floor, funky backdrop, the duo shell out their characteristic vivid lyrics as they pay homage to the late great Marvin Gaye.  dFonK who lives just 5 minutes away from where Marvin used to live near Ostend, known as the ‘birthplace’ of “Sexual Healing” came up with the track and also took a trip with Tek and Steele to visit some sites where the Great Marvin used to live, sleep, eat, work out.

Swiss musician Melodiesinfonie (real names Kevin Wettstein ) teams up with Tel Aviv based artist DORJ on his new single titled "Margish". The track blends future funk, electronica, and soul in perfect amounts as we are treated to the soothing vocals of DORJ over the lush ethereal backdrop. "Margish" is the 2nd single from 'Muar’, Melodiesinfonie’s 4th full-length release. Get it on Spotify and Bandcamp.

"Coast" by James Bailey and DWNLD is a poignant yet bouncy record that sees the duo dwell on individuals trying to make their way through life and ultimately looks at the world in a positively nihilistic view. It's quite eclectic from the soothing textures and smooth alluring melodies by Los Angeles Rapper/Vocalist James Bailey. The single is the first collaboration between James Bailey and Las Vegas Producer DWNLD.
Get it on Spotify.

Singer/songwriter Antartik makes his way on our list with his new single "On My Radio" and accompanying video. The mellow gem is a homage to the lady of his life and how her love inspires him to reach for greater heights. "On My Radio" has the classic soulful ballad feeling and serves as a love letter to the woman he wants in his life.

The track is the lead single off Antarik’s 2019 project Love Overdue, which introduces a more mature side of the singer/songwriter. Love Overdue is a window into Antartik’s heart that encourages listeners to embrace love once again. Get the album on TIDAL, Google Play and Amazon.

Toronto based rapper NamedTobias's new energetic single entitled "Power" channels the strength of a man determined to rise above the odds. Over a cinematic backdrop, NamedTobias shares his trials and tribulations and above all his tenacity and will power to push through the obstacles that lay before him. For the video, he aims to capture the energy of any individual when they recognize their true power and where it comes from.

UK producer and MC duo Gawd Status (King Kashmere and Joker Starr) come through with their characteristic dark-experimental style of hip-hop. On their new effort "I Am An African" they team up with fellow emcees Micall Parknsun and Big Cakes to deliver an afro-politically charged record. The song starts off with a speech by former South African president Thabo Mbeki and dives into Afrocentricity, urban decay, lyrical warfare, and west African ideologies and elements. "I Am An African" is taken from Gawd Status' debut album 'Firmamentum' 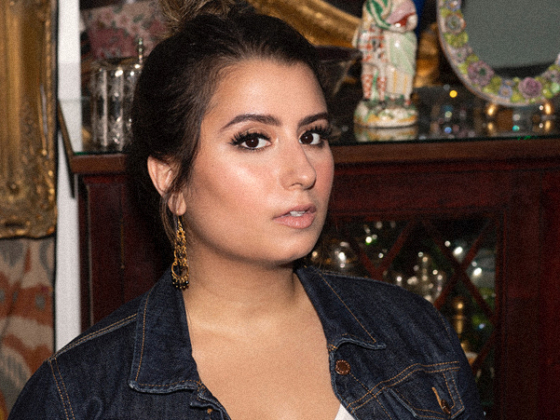 Tissa Rahim returns to the forefront with 'The E.P' 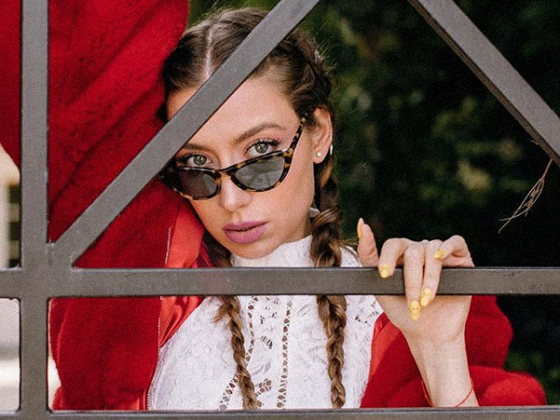