It's been almost a year since Armand Jakobsson, aka DJ Seinfeld, released his debut album Time Spent Away From U on Lobster Fury. The album painted a heartfelt and emotionally raw soundscape, showcasing Armand's ability to evoke thoughts and feelings through a combination of lo-fi house, haunting vocals and expert sampling.

Since Time Spent Away From U DJ Seinfeld has been reaffirming his position not only as a lo-fi producer but as someone who can just as easily dip in and out of dancefloor cuts and breaks. "Lo-fi was just an adjective for me, a simple reference to a musical aesthetic that has a certain rawness to it; a low fidelity" Armand explains when discussing finding his sound, both as DJ Seinfeld and his alias Rimbaudian, "It seemed as though people saw lo-fi as a new genre, though anyone with any knowledge of dance music can surely see how it is, at best, just a slight variation of what has been done for the last 20 to 30 years. I knew what I liked, and there was an abundance of music of that type that spoke to me".

This year alone Armand has seen a string of performances at venues and events internationally, including in Australia, Japan, America, Canada and the UK. Following on from the release of the incredible Sakura EP on Deep Sea Frequency, DJ Seinfeld's most recent achievement is a stellar DJ-Kicks compilation on !K7 Records. "It was an incredible honor to be asked to do this mix – a scary task to take on for sure" Armand notes, before explaining how it improved his belief in his own abilities, "It gave me a little boost and confidence that maybe what I've spent the last few years doing actually works. Self-doubt is something I will never fully overcome. As busy as I feel I am, there is a lot of time to overthink things in this job – it's like a huge pat on the back."

When speaking about the actual DJ-Kick's compilation, which includes four of his own productions, Armand explains the process behind selecting the tracks – and how it reverted him back to a time in his life he wasn't so confident. "This compilation was probably the biggest challenge I’ve faced musically since I forgot the notes to a big piano concert when I was 14, and basically cut the sonata's length in half due to pure panic" he reflects, "I think two of my tracks had been done before I got to know about the mix, and the others I made trying to fit in what I wanted the mix to be about. Doing all of it in a relatively short time period also added some stress, but looking back I think it's incredibly useful to put thought and care into a mix – even if it's not as high profile as DJ-Kicks. I came out of it with a what felt like a re-wired brain, and I changed my DJ style quite a lot as a result".

The mix is overall a blissful and seamless hour of carefully and patiently selected sound, with Armand noting "I went back and forth for months about certain tracks, trying to see what each track adds to the mix itself as opposed to other alternatives. Selecting music, especially from friends, is as rewarding as it is challenging". Filled with breakthrough producers, including little known Chela Una who deposits a key component in the form of "Take Me" and one of many Australians on the mix Hymns, who provides 3 hypnotic minutes of breakbeat and dubby sound, the mix immediately becomes a stand out in the series – despite the underground nature of the artists involved. "Freak Acid", from FaltyDL, is another notable track from DJ Seinfeld's selections – a charging, urgent bassline laced with ominous breaks which comes as a welcome surprise.

With the compilation comes the tour, and DJ Seinfeld's began in August. With the tour taking Armand all the way up to beginning of December, the producer and DJ has already played across central Europe, Canada and America. When we spoke about the tour itself, Armand discussed returning to his native Sweden and heading to the UK "A few weeks ago I returned to a club called Inkonst, it's always a really special thing to play at home. Internationally, I think the Village Underground show in London is going to be quite special too".

Looking even further forwards still, EARMILK touched on Armand's aspirations and plans "As much as I'd love to play Berghain/Panorama Bar one day I think that's a bit too boring and obvious of an answer.. I've recently been thinking more about South America – I think doing something there could be really interesting. At the moment though, I'm primarily trying to build up a stock of music again. I'm hoping to finish off more EPs this year, and then start laying the foundations for a new album".

Wrapping up our conversation, Armand closed out with three tracks he's playing out in his sets as DJ Seinfeld – check out the remaining tour dates below, including the all night long set at London's Village Underground, to see if there's a date in your city.

You can listen to and purchase DJ Seinfeld's DJ-Kicks mix, including the vinyl, HERE. 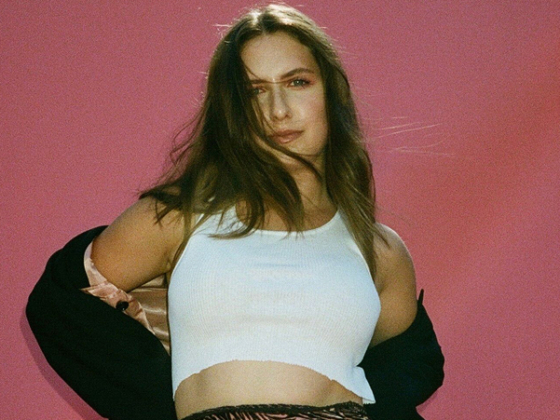 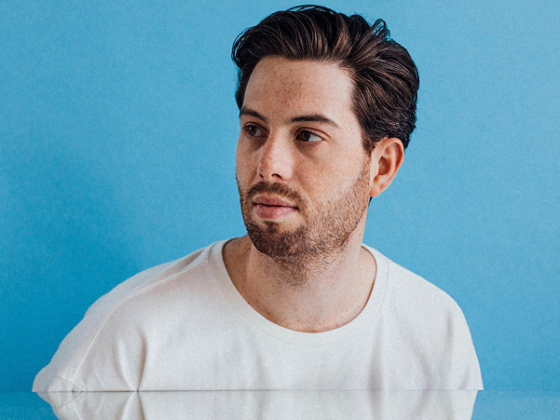