End of year stat revelations have officially been kicked off for 2017, with the season starting last week by Mixcloud and Google. This week, it's from the online concert service Bandisintown. 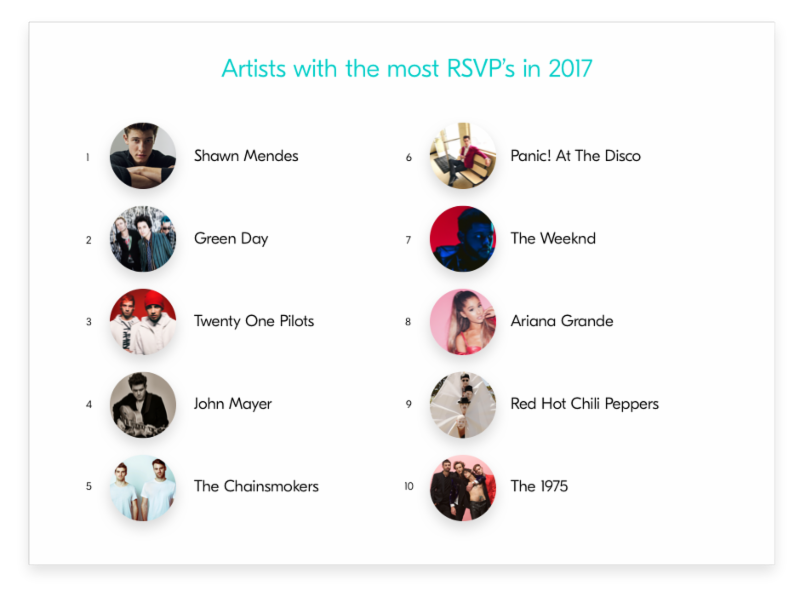 Bandisintown reported 38 million registered concert-goers and over 440,000 registered artists connecting fans to their shows, and some interesting stats on those who went to shows, as well as the markets in which the shows were.

They also noted that the artists who grew the fastest rate amongst their users were rapper J.I.D., Greta Van Fleet, Jake Donaldson, Peach Pit and Noah Kahan. Going into 2018, Bandisintown's biggest success in 2017 has been connecting up and coming indie and rock artists to fans.