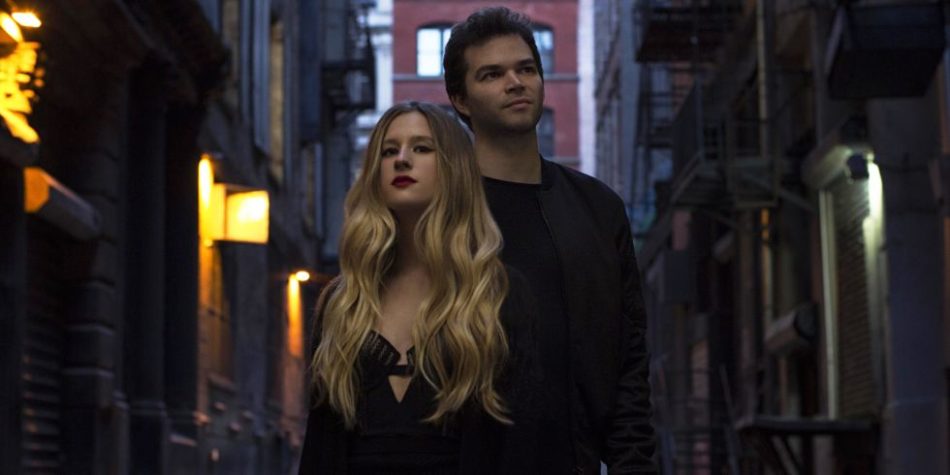 In January of this year, songstress and a new generation's queen of chill electronic soul Alina Baraz linked up with another contemporary, Khalid, on a moving duet whose name perfectly describes the sensation the song - "Electric." Since, the track has gone viral, picking up over 5 million plays on Spotify.
Today, we get to experience what goes down when two of this generation's hyped soul artists link up to become a three-way. Though we've watched Marian Hill's rise since 2014, their star has skyrocketed over the past few months as their song "Down," featured in an Apple commercial for its Air Pods, has grown exponentially popular. This time, the Philadelphia-based duo has taken to remixing instead of originals, putting their own appealing style on "Electric." The combination of Marian Hill's upbeat, laid back production and the sincerity in Baraz and Khalid's voice is truly an impeccable combination. Out via