Known for making anthems for the streets about the streets, Sacramento's Mozzy is making serious movement in the rap world. He is not limited to the gangster rap he often makes, and has proven he can surpass any box he might be put into.

Born Tim Patterson, Mozzy grew up living with his grandmother in her house in the Sacramento neighborhood of Oak Park. Many aspects of this neighborhood affected his upbringing and caused him to lead the life he did. His father and family around him was heavily involved in the Oak Park drug trade, with many of his family members being put behind bars for various drug related charges. He began rapping at the age of 11 and, due to his grandma listening to gospel music, gospel rappers became some of his earliest influences. Initially rapping under the name Lil Tim, he quickly developed a style different than the gospel rappers who first influenced him. He became aware of the gangster activities surrounding his home, and this became the basis for the music he would put out.

16 years old and going by the name Lil Tim, he became a part of what was going on around him. From skipping school to selling drugs, his music paralleled the changes in his life. Today Mozzy is known for rapping about the happenings in his life, and as a young kid this was no different. He began to take local day jobs, but his music stayed with him and in 2012, he grew out of the name Lil Tim. Oak Park is known for having its own unique slang, and from this the name Mozzy was born. This word is short for "mozzarella", meaning money. The term eventually grew to being an acronym for the life Mozzy and his friends were leading: "Money Over Zerry Zang Youngin'". Simply put, the crew values money over everything else. Other members of Mozzy's crew also have this acronym in their rap pseudonyms, including E Mozzy and Hus Mozzy.

As Mozzy, his buzz began to build locally until his career hit what proved to be only a small roadblock. In 2014, Mozzy was arrested and sent to jail. While incarcerated, he continued with his writing, rhyming, and improving his craft. After being released he immediately went straight to work, and further pursued his music with a move closer to Los Angeles.

Since then, few rappers have been working harder than Mozzy. He says he writes every day and gets in the studio multiple times each week. This is believable when you look at his insane, lengthy discography. As his career grows he has gotten the opportunity to show off his talents on tracks with big names such as Kid Ink, YG, Nipsey Hussle, E-40, and even Snoop Dogg. Just in the past two years, Mozzy has dropped collaborative albums with E Mozzy, Trae The Truth, Troublez, Stevie Joe, and Bay Area rapper Philthy Rich, among others.

Mozzy released four solo albums in 2015, highlighted by the summer project Bladadah. This marked the the biggest year of his career, as he was featured on popular online hip-hop websites and his popularity grew. Going into 2016 he had not stopped riding this momentum. Early in 2016 he dropped the year's first project, titled Hexa Hella Extra Headshots 2. Next up was the hit album Beautiful Struggle, which chronicles the struggles from his Oak Park neighborhood. He describes the realities of what goes on in these streets while looking at it from a different, more powerful and genuine approach.

After Beautiful Struggle, he released four collaborative projects: Extracurricular Activities with Stevie Joe, Earthquakes & Murder Rates with Dutch Santana, Fraternal Twins with E Mozzy, and Mob Ties with Red Dot.  Following these he released arguably his biggest, best project to date: Mandatory Check. Empire Distribution, a popular Bay Area distribution label, was able to release and help promote this project that contains features from the likes of Rich Homie Quan, Iamsu, Young Mezzy, and young singer Lex Aura. Two popular songs from this were "Activities 2" and "Cold Summer". The former of these is a banger with a catchy hook from Iamsu and a very Bay Area sounding instrumental from June. "Cold Summer" contains no features, but also gets production from June on the laid back beat. This track describes an average day in the life of Mozzy and his crew while he paints a vivid image that leaves no question about the growth he has experienced.

After dropping five more projects, Mozzy began to round out the year with an EP titled 1 Up Top Finna Drop. This title gives reference to the upcoming album 1 Up Top Ahk. This project has yet to be released, but is surely in the works. The latest project release to have Mozzy under the artist category is his collaborative album with Trae The Truth, Tapped In. This joint joins the Houston emcee with Mozzy for a project filled with pleasantly surprising features including Jadakiss, Dave East, and Snoop Dogg.

On Christmas Eve he dropped "Ass Whoopins", a song thanking his mom for everything she has done for him. This track is the first single off of his mixtape Fake Famous and is slated to drop mid January. This served as a great way to close out a year that had been his biggest and a great way to prepare for a year that should see Mozzy gain even more traction in the music world.

Mozzy's sound is undoubtedly unique, and his distinctive approach to a common subject matter allows him to stand out. The basis for his appeal is how he tackles the subject matter of  drugs, murder, and gang life with an incomparable authenticity. Mozzy has proved his recent success was not a fluke and is sure to make 2017 a huge year beginning with Fake Famous and eventually 1 Up Top Akh. 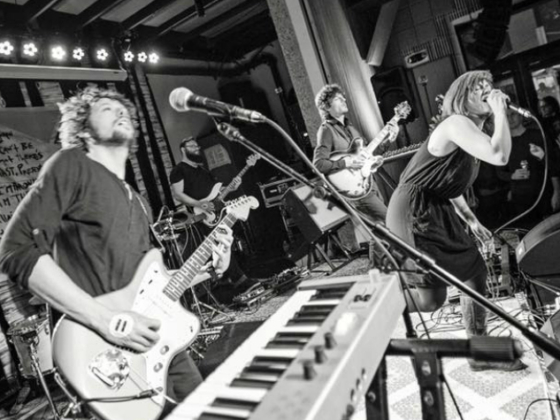