cln has exciting news for his fans in North America

4 years ago by Lindsay Blair

Australian beat-maker cln has some exciting news for his North American fans. He's just announced his debut North American tour alongside a new single "Mist". Making 9 stops here in the States, cln will travel through most of the major markets, including San Francisco, New York, Toronto and Denver. With comparisons to the likes of Flying Lotus, Odesza and SBTRKT, "Mist" weaves through twists and turns of emotionally charged synths and heart heavy beats. Remarking, "The lyrical content in 'Mist' doesn't have any specific meaning, however I was trying channel the feels I get from waking up in a freezing cold tent, then heading out to climb a mountain or something. I think it's one of the best feelings in the world." While that doesn't sound too comfortable, you might now have a new tune if you ever find yourself in that situation.

cln's new EP is set for release in October and his North America tour kicks off in Brooklyn on August 18th at Baby's All Right. 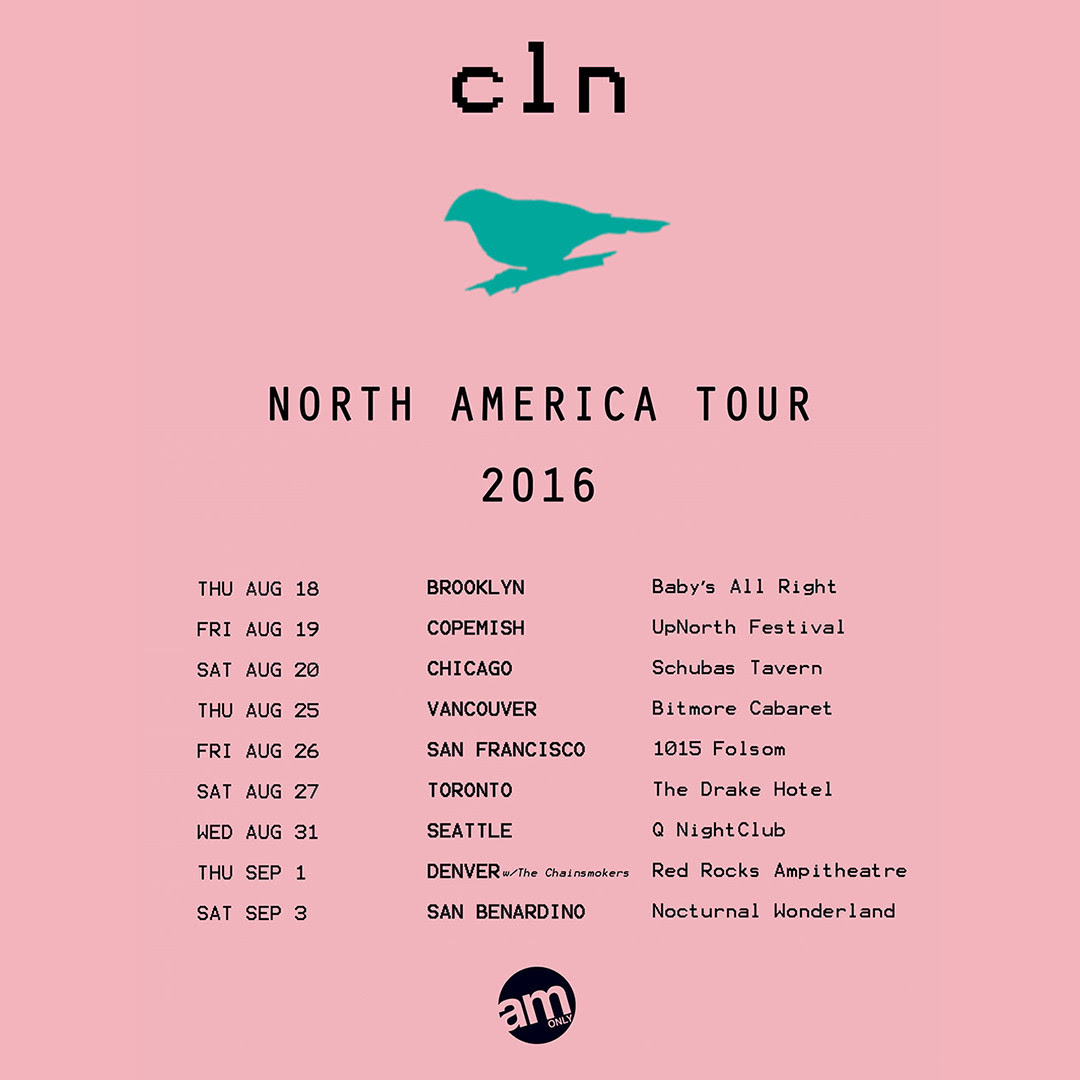