Handbook is a producer from the UK and is strongly cruising just beneath major radar. However, to those who frequent the underground beat-making scene, the name Handbook should be quite familiar. He usually sticks to his downtempo and trip-hop guns, though he does occasionally meander into other genres as well. His career involves making lacings with influences ranging from Flying Lotus to Miles Davis. With a variety of sounds and styles he is comfortable utilizing, he churns out high-quality head-bobbers.

One of Handbook’s latest EPs, Rare Ivory, which was released through Filthy Fortune Records on May 28, reaffirms his staying power in the underground beat-making and hip-hop world. The EP itself is eight songs long--four of them being remixes. If you are a Handbook fan already, Rare Ivory does not disappoint in the slightest. The EP is strongly jazz and blues influenced. The piano is most prominent through each of the songs, with plenty of groovy trip-hop beats to back it up. Handbook does an excellent job of sticking to the basics, while adding a near perfect amount of experimentation and dare into developing each beat. Rare Ivory overall is a unifying, urban-sounding soundtrack that begs to be played while strutting like a big-shot down the sidewalk in the middle of the city.

There is only one weakness to the EP; the beats acting as the foundation of each song do little to stray from the typical trip-hop and downtempo style. Beatheads, will surely know what we mean. That cookie cutter “kick kick snare” drum beat that almost all beatsmiths are guilty of using. It’s nothing to be looked down upon when using those beats, it’s just the way they are used. Change them and adapt into fresh sounding laces. Though it is prevalent in Rare Ivory, the wonderful composition layered on top shields from any mundane feeling that we may get.

The remixes included are indications of the attention and talent Handbook exudes. Getting Mike Gao, a producer from HuhWhat&Where Recordings and Astronautica, a producer from Alpha Pup Records, to be on-board in remixing work is no easy feat. All in all, Rare Ivory is a treat for fans of anything beat-related, adding justice to any collection.

Head on over to Handbook's BandCamp, linked below, to download Rare Ivory. 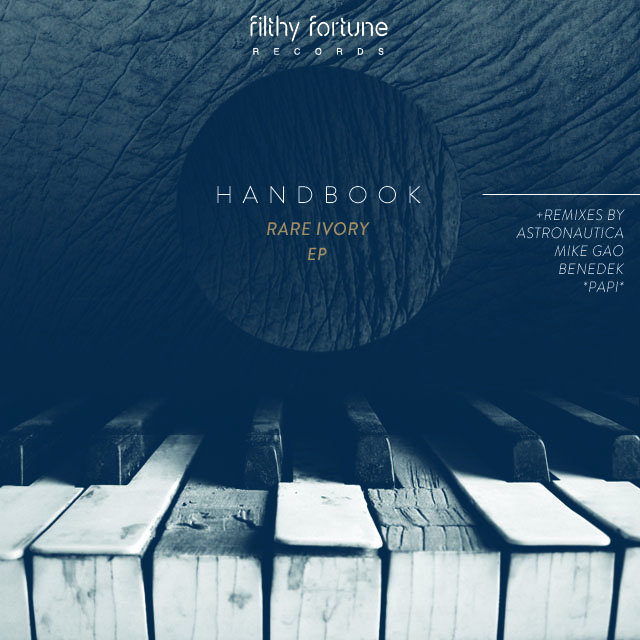