For our final installation of the New York edition of Earmilk's experience at EDC this year, we're bringing you a unique and exclusive look into the mind of one of the electronic music community's most elusive and most talented producers: Eric Prydz. To those unfamiliar with the current Eric Prydz: with many alter egos from Cirez D to Pryda, his style is a trip into the deep, dark abyss of electronic music that goes way beyond “Call On Me.” After performing a live set that by far defined the weekend, we were able to sit down with the Swedish producer to chat in his dressing room that overlooked Citi Field. Extremely laid back, and donning all black and a backwards fitted LA Dodgers hat, Prydz candidly discussed his inspirations, love of music and his attempt to overcome his fear of flying. And lucky for us, 2013 looks it's going to be a year of less ID's and more releases from the Pryda Friends label boss.

Earmilk: How did you did you get into music and how did you decide that you wanted to pursue electronic music?

Eric Prydz: I got into music when I was very young: 7 or 8 years old and for various reasons, I found itvery appealing. I had a lot of music around me when I was a kid, my mom was really into disco and anything dance from that era. I think that it grew with me as I got older, and I was always very aware of music that was being released and music that was around me. When the breakdance movement came to Sweden around '86, and though I was very young back then, I do remember all of the sudden there was a kind of music that was made only on electronic devices. It wasn't real drums, guitar or anything, it was all made by synthesizers and drum machines. I remember being very overwhelmed by the music that came with the whole breakdance movement, and it really blew me over. When I heard it I just thought, "What the fuck is this?!" I loved it! All of my life I had experienced this organic, real live instrument-based music. The music I heard up until then was based on single instruments, while this was totally different. It totally blew me away, and that's where my interest in electronic music began.

EM: You have a very unique style that you've been able to maintain throughout this dance music boom. Where does your inspiration come from to keep that so consistent, and especially in your recent music?

EP: Obviously I release music under various different names and different styles. To name a few, I have Eric Prydz, Pryda and Cirez D. I did listen to a lot of Depeche Mode and Kraftwerk, and even bands like Alphaville, Funkline Assembly and Funk 242. I was never really rooted where dance music came from: house music, the Chicago thing and the Detroit thing. I don't come from that, my inspiration come from something else. I still love the concept of the 4/4 beat and the whole dance concept around it, but I like to add something else. I come from electro pop, and really everything that happened in the 1980s, and I use that inspiration to make my kind of dance music which isn't necessarily based in house and techno: I do my own thing.

EM: And I think that's why you've been able to maintain such a solid fan base. So you were living in Stockholm for a long time, and shocked everyone by deciding to pick up and move to LA and tour around the United States. How did you come to that decision?

EP: I lived in Stockholm and decided to move to the UK in 2004. The plan was to live there for 6 months, but I ended up living there for 8 years. After that I moved back to Sweden, but during the move I did the festival tour here in the US, and there was this period of the tour where I had 10 days off so me and my best friend who had come along for half of the tour decided to get out of the hotel and go for a walk on Sunset Boulevard in Los Angeles. We ended up at this taco place at around 4 o'clock in the afternoon and ordered some fish tacos. We had some people come over to the table and start talking, 1 Corona became 3, suddenly we had tequila coming in, and by 7 o'clock we were absolutely hammered and I remember the moment very clearly: everyone around us was sitting around eating, talking, and everyone was just so happy. The California sun was coming through and it was just so nice. And then suddenly my girlfriend called me and I said, "You know what? I'm really drunk, but we should move here. I love LA." And she of course brushed it off like, "Yeah, yeah whatever." The next day, she called me again (I'd never been so hungover in my life), and she asked, "Did you mean what you said yesterday?" And I was like, "I don't even know what I said, what did I say?" "That you want to move to LA." And I thought "I like that." Two and a half months later we arrived in Beverly Hills with my girlfriend and our daughter and all of our shit. That was in November, so I've been there for about half of a year now.

EM: How does LA compare to New York?

EP: You can't really compare anything to New York. I love New York. When I flew over here to go to Los Angeles to move in, I made a pit stop in New York to play Roseland Ballroom. I did two shows there and obviously New York is fucking amazing. Those shows were crazy and we had so much fun; I can't think of a better welcome to me once I was moved over to the US. EM: What are your future plans for music? Any collaborations coming up?

EP: Well, obviously I don't really release a lot of music. But 2013 is going to be full of releases. We're actually going to try to release as much music as possible this year. It's going to be the year of Pryda and Mouseville and Eric Prydz, and it's going to be as soon as one record is released, we'll start planning for the next one.

EM: That's very exciting for long time fans! You've also got your residency at The Wynn in Vegas coming up, what else are you looking forward to this summer?

EP:  This summer is actually pretty crazy. I'm leaving the states for 2 months and going back to Europe, hopefully flying.

EM: So you've overcome your fear of flying?

EP: No I actually haven't. I totally shit my pants every time I try. I'm not scared of crashing at all, because flying is safer than being at home and watching a movie. But it's being confined so that whatever happens to you, you're stuck. But the cross-Atlantic flights are the ones I will do, it's the small planes I won't do. So I'm looking forward to all of the festivals in Europe: The Exit Festival, Tomorrowland, Sw4, I've got the Pryda Arena at Creamfields and loads of club shows. And obviously, we're going to be in Ibiza doing a few shows at Amnesia. 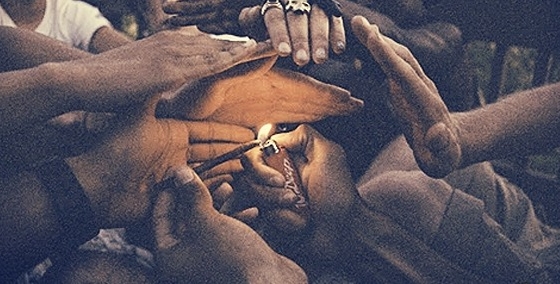 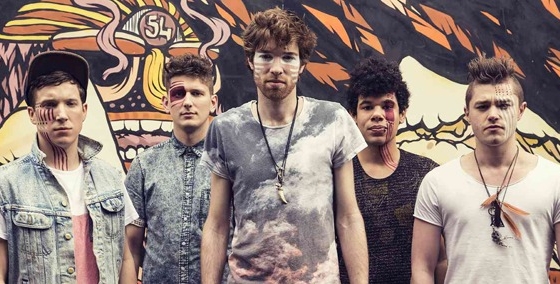 The Other Tribe – "Your Kisses"