Today's delivery is brought to you by Cid Rim. This multi talented producer is part of the LuckyMe collective which is known for their involvement in forward thinking electronic/hip-hip hop production. They collective houses talent such as Baauer, Lunice, Machinedrum, Jacques Greene and plenty more. Cid Rim released his self titled album, late last year which quickly caught the attention of all listeners who were fiending for a progressive sound and we were all pleasantly rewarded. The track I'm bringing to you today is called "Draw". On the surface, the track isn't exactly "chill" as it contains some percussion that is somewhat sporadic and off rhtym but ultimately the droning synth is what gives the track, as a whole, its mental flight inspiring sound. This "mental flight" I speak of is facilitated with the synthesizer and the vocal loops whereas the percussion is there to remind you to stay grounded in reality. This will all make sense once you've listened to the track a few times. Check out the track and chill.... 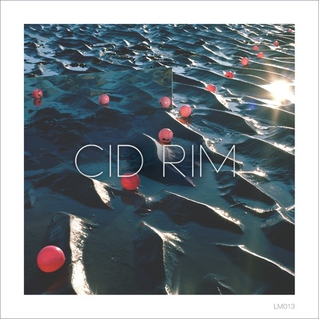 yo, nice article, thanks, the picture is sixtus preiss tho, just wanted to let you guys know.

Sorry about that. Will switch it out.