Get ready to hop in the DeLorean and jump back a few decades, because the duo Free n Losh are this era's “Doc” Brown. Free n Losh are a super fresh duo out of Canada, making some serious retro-loving remixes and originals. Their aptitude for taking classic tracks and giving them a modern feel is undeniable. Pulling from the likes of Jimi Hendrix, The Beatles, Pink Floyd and even David Gray, these fellas know how to pay homage to some of the greats while demonstrating their smooth production skills. In a sea of too many dance music tracks it is always refreshing to hear something as exciting and new. One goes by Free, the other by Losh, and their music is every bit worthy of adding to your collection.

When I first laid my ears on the Deadhead O.G., I knew it was love at first listen. Rolling through a trap-inspired beat for the Beatles sample on “Your Mother Should Know” to one of my favorites “Soon One Morning” that demonstrates a glitch-hop side with a bit of soul, all the way to their jazzy trap track “Trazz”, the entire EP is full of diversity and originality.

Today the duo is giving our Earmilk readers a first listen to their latest track  “Hey Hey My My”.  Putting their own Free n Losh spin, they remix the one and only Neil Young. If, like myself, you grew up on classic rock and good vibes, then this one is for you.

I also had a chance to go one-on-one with these free spirited guys as they shared everything from their musical background to their favorite movie. Be sure to check out the interview as well as their entire repertoire!

EARMILK: Where did the moniker come from?

Free and Losh: It's a combination of our nicknames. My name's Myles so people started calling me Milosh and then Losh. Free is shortened from his last name.

EM: When and why did you two decide to link up? Why do you work well together and why did this collaboration work better than pursuing solo projects?

Losh: We met in first year University. Free was already producing and saw that I was passionate about music and wanted to produce on my own. He encouraged me to try it out and I fell in love. One thing led to another and we began to collaborate a bit.

Free: Losh is a drummer and at the time I was cutting up break beats for drums. At first he mostly made drum beats, but he got really into engineering and sound design and got really good at it.

Losh: We complement each other’s talents well because we’re advanced in different aspects of the production and are always learning from each other. Free is incredibly talented at sampling, melodic progressions, and song arrangement, while I am more acquainted with the technical side of things. It’s a perfect marriage that prevents us from wanting to produce on our own because of how much we gain by working together.

EM: In your own words, how would you describe your sound?

Free: Experimental. Every time we sit down to make a song, we try something different.

EM: What are your music backgrounds/interests?

Free: I heard my parents play a lot of classic rock music and R&B around the house so a lot of that. My brother got me into hip-hop when I was a little older and by high school I was making beats and playing guitar over them.

Losh: I grew up listening to mainly rock and a little bit of jazz. The first song I knew off by heart was "Breakfast In America" by Supertramp and it was also the first song I learned how to drum to when I was 7.

EM: What kind of music influenced you growing up? I can imagine it’s all over the place.  Any particular songs or albums on repeat?

Free: Too many to name. Dark Side of the Moon, Electric Ladyland by Jimi Hendrix, ATLiens by Outkast, to name a few.

EM: Top tracks at the moment?

Free: Nah, I don't think there's any reason to feel guilty about the music you listen to.

EM: Your musical taste is very diverse, ranging from hip-hop to classic rock. What makes you choose to remix a particular artist?

Free: It has a lot to do with the mood were in when we sit down to work and the project were working on.

EM: Can you describe your work environment? What do you produce on? Is it always the same formula?

Losh: We produce on Ableton, which has to be the most flawless DAW for electronic music production known to man. When we sit down to start a new track, we typically decide on what sample we’ll use and what tempo we’re going to make the song at. From this, there are numerous different formulas we often fuse together for each genre or tempo of music.

EM: How is the music scene in Toronto? Do you find a wide audience for your eclectic taste?

Free: Toronto’s music scene is great, but we’ve been at school in Guelph, Ontario for the past few years so we haven’t had much of a chance to tap into it.

EM: When we go back home in Toronto, there’s no shortage of artists we hope to work with and things we want do in the near future.  Also, living in a big city makes it easier to hit up shows without having to mission anywhere. As Free said, we haven’t been playing many shows in Toronto, but we’ll be putting some events together soon. For now, we mostly play shows in Guelph and London, Ontario.

EM: One person you'd like to burn one down with?

EM: If you were on a reality show, which one would it be?

LH: If you were an animal what would you be? 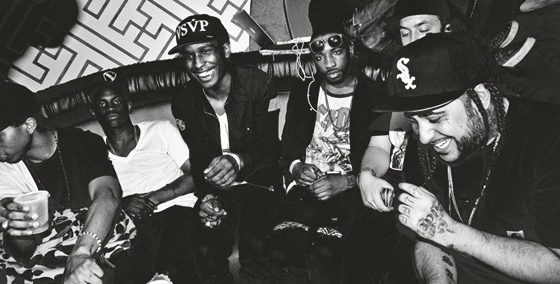 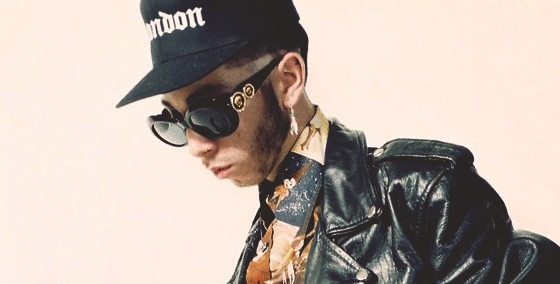