Something has been stirring the hornets' nest for the past few weeks in the post-rock world, and that something is the anticipation of Lights & Motion's debut album Reanimation, released today. Formerly known as Aerials, self-taught multi-instrumentalist Christoffer Franzen has been on an epic journey to-and-fro to release this album in the most polished form possible. The Swedish artist first started grabbing ears with single releases, such as preliminary versions of "Home" and "Texas". If you have already familiarized yourself with these singles, you already know that Lights & Motion straddle the high fence between traditional post-rock and cinematic rock. Arguably, those two styles can be blurred into one, which is what we hear in Reanimation. It's a melodic, frenzied race to ecstasy as you listen to each track back to back. Franzen says,

"Melodies and harmonies, movies and images, loneliness and melancholy are my influences. There is just this urge, this need to create and it takes on different shapes. Sometimes it's rough and loud and sometimes it's very quiet. I consider myself to be more and more of a painter of sound. It always starts out with something easy and timid, like a simple brush stroke. Depending on the mood, I change the color and intensity of my next stroke and suddenly the whole impression of what that piece was drastically changes. I compose with layers and depth, and it's often the slightest thing that makes the whole song turn into a new direction, often one I didn't see coming myself. That is part of the journey, at least for the way I write music. I never know what I will end up with, and it's often very different from what I started out with. Sometimes I tell people that this album consists of my dreams...only I wasn't sleeping with they came to me, I just did my best to get them down on tape."

If you are looking for any noise-core or the typical crescendo-core that a majority of post-rock bands utilize, I'm going to stop you right here and save you the trouble. Lights & Motion aims straight at your heart and your mind, but in a completely different way. Harmonies, melodies, and a big dose of passion are what fueled him through the insomnia-filled nights to compose each song.

Needless to say, this debut album is jam-packed with emotion. From easy-listening to suspenseful crescendos and from powerful sweeps to modest ambient, he creates an album full of contrasting feelings and sounds that undeniably lure listeners in with ease. You can almost understand Franzen and his life story by listening through this album and soaking up each note. At many points through Reanimation, you'll find yourself in close proximity with something intangible, perhaps it's intimacy or that longing for something. Take the opening track, "Requiem", for instance.

A majority of the songs in Reanimation give us a sense of hope, a sense of drive to accomplish the goals that we have set for ourselves that could take a lifetime to fulfill. Heart-swells and watery eyes come to mind as you proceed though the album with a strong urge to listen to Reanimation's entirety. It's not to say that Lights & Motion decided one day to sit down and crank out an album. No, it was more like a clichéd story of the underdog rising to the occasion without all the 80s work-out montage.

Franzen himself started his voyage with minimal to no prior knowledge of music production and engineering. All he had was the images that appeared in his mind and an urgency to re-create them through sound-waves. It was literally a year and a half straight of trial and error in the studio, learning as he went. Determination was his source of sweat and toil.

"If somebody had told me one year ago that I would record an entire album by myself, I wouldn't have believed them. I am very proud of it and I can't believe it's done. This album was about gathering the courage to launch an endeavor that was purely my own. It was a reawakening, a rebirth, a resurrection of sorts, and a passageway into a dreamlike world that I created myself...a world to get lost in...a world that gives us hope."

One thing is certain, Lights & Motion set a goal and accomplished it to the fullest. After only a year and half worth of trial and error, he came out of the studio, emerging victorious with the completion of his ambitious Reanimation. It's a classic tale of making oneself and seeing it through to the glorious end. Somewhere along the line, Lights & Motion must have found his own enlightenment phase, as Reanimation resonates a sense of unity and pride that undoubtedly and maybe unintentionally reflects his journey across the finish line. The album as a whole brings forth a sense of determination and an uplifting feeling that things will be okay in the end. Take this particular album as a self motivator to achieve your own goals by cuing this up while the sun is rising. Let this be your soundtrack to success. After your first listen through, you'll surely understand why. 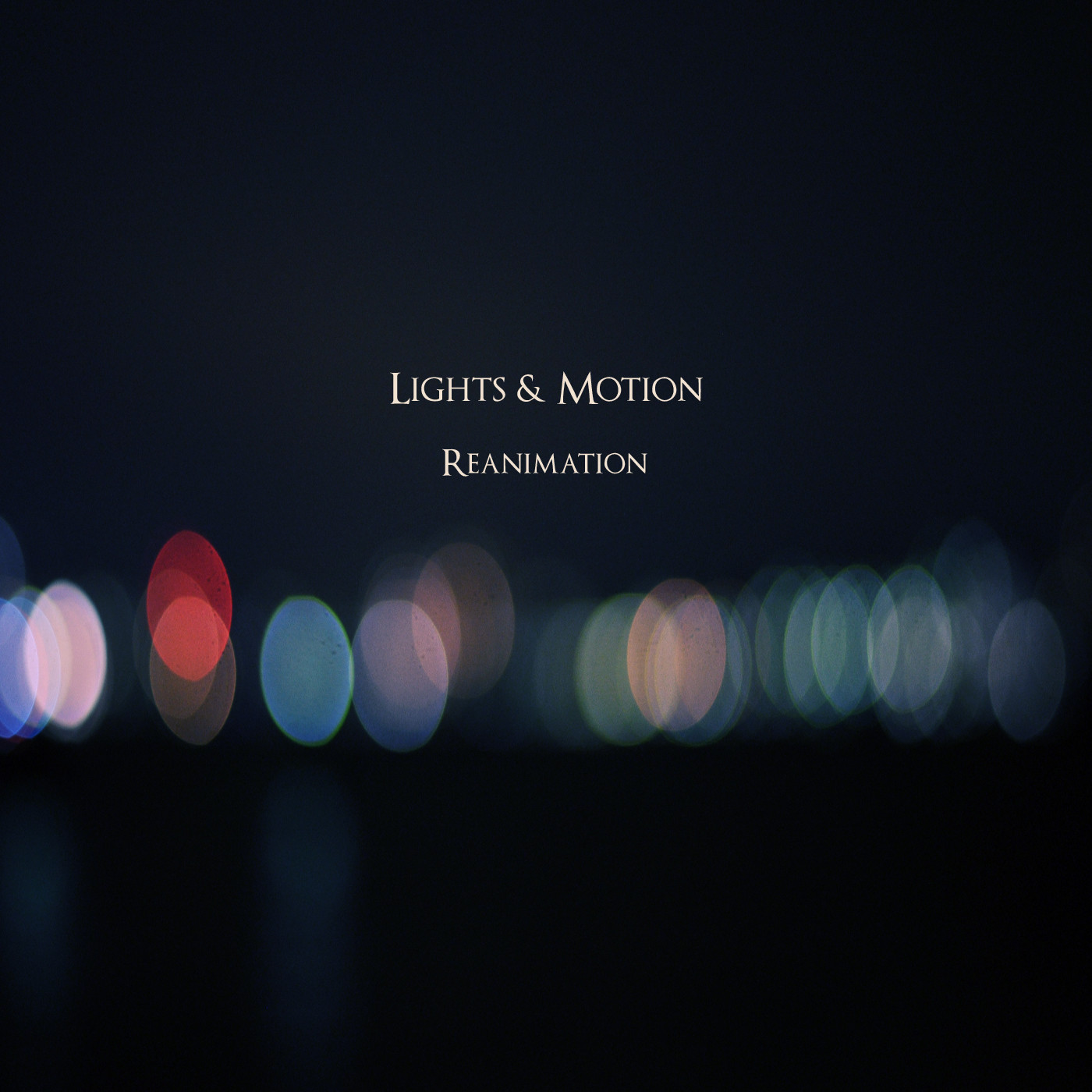