RZA is preparing for the release of his new film film, The Iron Fists, which debuts on November 2nd. But, in preparation for this release, he has embarked on the "Iron Fists Tour" which gives the audience live performances by RZA and also will feature a few special guests. One confirmed special guest with be noneother than the freestyle master known as Supernatural. Audiences will be delighted with sneak peak footage from the upcoming movie as well as have their minds blown with RZA's unique hip-hop style. And, we are happy to be able to give away One Pair of tickets to one lucky EARMILK reader. These tickets are for the show that takes place in Las Vegas at House of Blues on October 19th(Friday).

What: One Winner(One Pair of Tickets)

Who: RZA and Special Guests

2. Send an email to contests@earmilk.com with "The Iron Fists Tour" in the subject line. Tell us why you should win the tickets and don't forget to include your name, phone number and address. 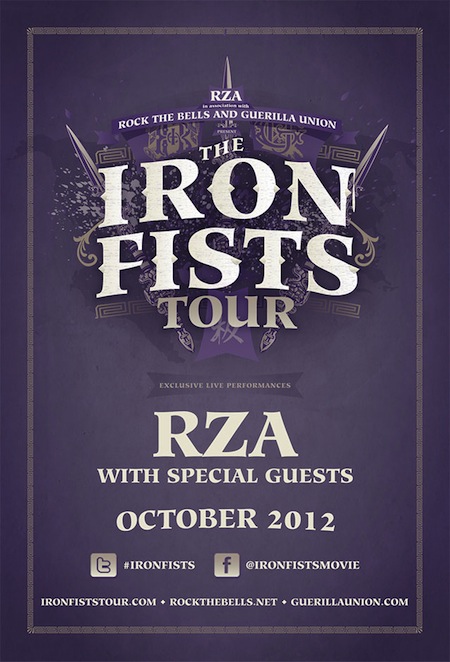