Oh gracious, it has been a while coming, but Squarepusher has finally released a new track and announced his upcoming album, entitled  Afabulum, set to release 14th/15th May on Warp Records.

The track, "Dark Steering," feels like a much darker, grittier version of what the Tron soundtrack would have sounded like had it been set in a Judge Dredd world and involved bladed weapons and blood instead of neon lights and pixels. The visuals in the video alone are captivating and immersive as they seem in total sync with the dark and ethereal bass lines. Also featured is a LED helmet that puts Deadmau5 and Nero to shame. As always Squarepusher seems to have divided opinion, with  many hardcore "old school" or "original" fans complaining about the new direction while many of the newly introduced are head over heels.

Check the video below and grab the pre-order of the album from the links at the bottom of the page. 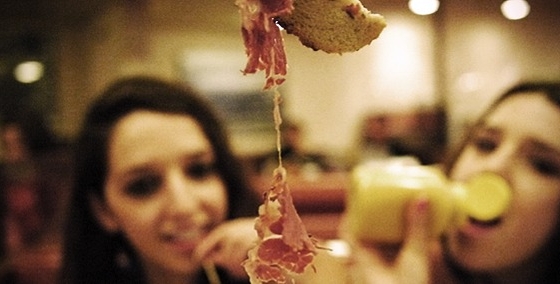