Poet, composer and singer/songwriter Dezelle has just released her latest single "the woman you love when you leave". The track marks the first of the year from this Los Angeles-based rising artist.

In "the woman you love when you leave", Dezelle explores the often shallow view society can put on women. She was originally inspired to write the song after seeing so many female characters in film and TV as one way only and not complex. She confides, "this song is about the conditioning of women, and how they are often portrayed in stories and film as one-dimensional – the love interest, the temptress, the victim to be rescued or part of the B story subplot." With lyrics including, "I'm the martyr you are in control / I am more guilty than I seem / just eager to please / just like a woman / you want me to be", she crafts a sarcastic narrative of such a character who understands the lack of depth given to her. Musically, "the woman you love when you leave" is an intoxicating and moody cinematic journey. With dark-hued warm vocals, echoing guitar notes, and atmospheric synths, the track is evocative and introspective.

Dezelle is a prolific songwriter who has released five EPs under her given name Karen Dezelle. With her new musical project Dezelle, the singer/songwriter leans more into a genre-bending sound complete with R&B drenched vocals, pop melodies and electronic soundscapes. Her music often touches on themes including mental health struggles, spirituality, inner growth and recovery. Dezelle is also a celebrated poet with her lyrics being featured in the 'Lyrics as Poetry' project.

Take a listen to Dezelle now and remember we are all complicated human beings. 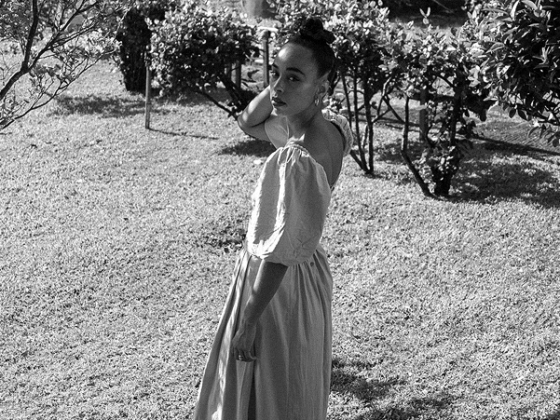