The thoroughly eclectic and quirky Brooklyn indie scene could not be better encapsulated by any artist other than Middle Part, with his diverse background and unconventionally delightful approach to his craft.  His new single "2morrow" finds the dauntless alt-pop performer reaching a crossroads of burgeoning stardom and post-punk recklessness that gives us the most nuanced view of the artist to this point.

Emotionally mature with a muted yet frantic energy, "2morrow" gives us another deep dive into the psyche of its performer.  An expert at somehow crafting the audio equivalent to a 2 am cigarette break, there is palpable catharsis combined with an inescapable undercurrent of pain and longing.  Stuffed with lush synth production and vocal harmonies (provided by close friend and supporter Sofia D'Angelo of MICHELLE), this might be the most expertly assembled track of Middle Part's young discography.  The song is accompanied by a lovely and subdued post-punk visual that touches on the themes of overcoming depression and "waiting until tomorrow to get out of your head."  The visual further taps in to a grungy early 2000s aesthetic that presents a rougher contrast to the more refined vocals that the Brooklyn artist typically presents.

"2morrow" is the lead single from Middle Part's forthcoming debut album due out in early 2022.  Middle Part (real name Andrew Selkōw) has documented the long, nomadic journey that led him to becoming the artist he is today.  Traveling throughout the country on a journey of self-discovery before ending up in Brooklyn and soaking in the vibrant music scene has lent more than enough material for Selkōw to use for his debut album.  Already with an acclaimed discography that has led to sonic breakthroughs that few artists in the genre can achieve, Middle Part will look to build upon that success going forward into his highly anticipated debut album. 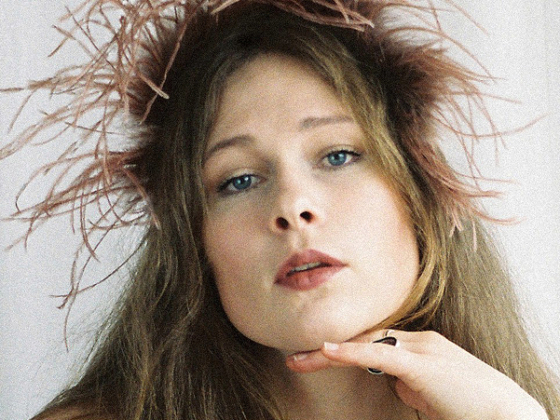 Trapper Schoepp can prescribe a "Little Drop of Medicine" [Video]