In today's changing hip-hop landscape, it is more important than ever to express individuality and uniqueness through your work. Young rising star TheHxliday lives up to this in every regard, providing a refreshing sound and a relatable, authentic personality to go with it. Born and bred in Maryland, he formed a deep connection with music at a young age as a result of his Mother performing in a band herself. Inspired early on by a diverse array of artists including Linkin Park, My Chemical Romance, and Eazy-E, he began to release music at a furious rate, crafting his own unique sound inspired by his eclectic music taste. First, it was through the platform SoundCloud that he began to gain wider recognition, and since then, his career has soared to staggering new heights. Going on to collaborate with Polo G on the smash single "Wit Dat", as well as performing at Rolling Loud and more- TheHxliday has some remarkable accomplishments under his belt for an artist of such a young age, and he is poised for an even brighter future. Moreover, he has just released a stellar new EP The Most Beautiful Disaster, equal parts introspective and catchy. Recently, he caught up with EARMILK to discuss this brand new release, collaborating with Polo G, his future in music, and more.

Reflecting on his upbringing in a musical family in Perry Hall, Maryland, TheHxliday remembers keeping mostly to himself, stating that "I was always around my Mom who would be practicing with her band, and I started loving music watching her play". Inspired first by his Mother, he developed an eclectic taste in music at a young age, drawing early inspiration from alternative rock bands, as well as SoundCloud rap. He touched upon his nascent interest in these different genres, saying that "through my Mom, I got into bands like My Chemical Romance, Linkin Park, and Avenged Sevenfold. But I also started listening to a lot of SoundCloud rap, so early on I was influenced by a weird mix of melodies I heard".

Eventually, he began to release music on SoundCloud himself, and he became incredibly prolific on the platform, dropping songs at a furious rate. He expressed his love for the mid-2010's SoundCloud rap era he came up in, saying that "the SoundCloud days were crazy, it was a whole different wave". This rings true, as his timing in the SoundCloud scene coincided with some of the most creative hip-hop the internet had to offer. Initially, he gained wider recognition with his cover of Rae Sremmurd’s song "Powerglide", which has netted over 7.7 million plays to this day. Next, he released "Enemy", which became his first original track to reach a large audience, eventually attracting the attention of the legendary Motown Records. Off the strength of this release, as well as his natural talent and creative ability, the artist ended up signing a deal with Motown, and has since developed a positive relationship with the label.

Regarding his meteoric rise to widespread acclaim and listenership, TheHxliday remarks that he mostly has his fans to thank, saying that "the bond I have with my fans is the reason this happened, people are gravitating towards me and what I have to say". This could not be truer, as more and more listeners continue to connect with TheHxliday and his unbridled authenticity. Furthermore, his relatability makes listening to his music an intimate experience, and he remarks that "people have to relate to it, I want them to see that someone else in the world is going through what they're going through". It is this perspective that allows fans to get in touch with him on a deeper level, while simultaneously keeping him grounded, propelling his career forward at a startling pace.

TheHxliday's recent smash single "Wit Dat" featuring chart-topper Polo G, is a prime example of his honest, unique style. This release finds TheHxliday and Polo G weaving cutting edge, powerful vocals over top of an electrifying instrumental. Speaking on how this collaboration with Polo G came together, TheHxliday says that "Rickey Rackzz first put Polo G onto my music, and then he pulled up to the studio a couple months ago. He said he really liked the track, and he kept it really humble the whole time". Furthermore, "Wit Dat" ended up becoming a lead single for his recent EP The Most Beautiful Disaster, and it received a strong reception upon release. It sets the tone well for the honest, progressive project that is The Most Beautiful Disaster, providing an infectious taster that made his fan base keen for more.

The Most Beautiful Disaster was released on May 14, and it features two halves- one meant to express a positive mood and the other a negative mood. Over 9 tracks, TheHxliday transcends derivative sounds, creating a genre-blending style that is uniquely his own. He rightfully feels that the project is cumulative of his recent past efforts, stating that it consists of "really everything leading up from the last tape to now, because when I write these songs it's all about how I feel in the moment, and it's weird that all these songs came along to this new tape". Remarking on the two part structure of the project, he says that "I wanted people to get both sides of me, and it's a roller coaster of emotions".

Furthermore, he recently performed at a futuristic virtual reality concert sponsored by Verizon to accompany the release of the EP, adding to the progressive feel of the project. Reflecting on the experience of the show, he remarks that "it was a crazy experience, they showed mad love. I also feel like I was able to get my point across more, I put symbolism from my EP in the show and everything". Through this show, fans were able to experience TheHxliday performing first hand, despite the difficulties imposed by the COVID-19 pandemic. It is through means like this that he has built up such a close connection with his fan base, providing them with quality content that consistently pushes the boundaries.

Overall, it is evident that TheHxliday is a young artist with passion and dedication who has an exciting path ahead of him. Touching on his future in music, he states that "I'm just trying to continue elevating, keep getting better, and put more depth into music. I hope to really get into my personality, and show people even more that I'm really about what I'm trying to do". Since progression is at the heart of his work, this statement makes a lot of sense, as he is an artist who is truly concerned with pushing the envelope while remaining true to himself. All in all, one can certainly look forward to more lively performances and powerful music from TheHxliday going forward. 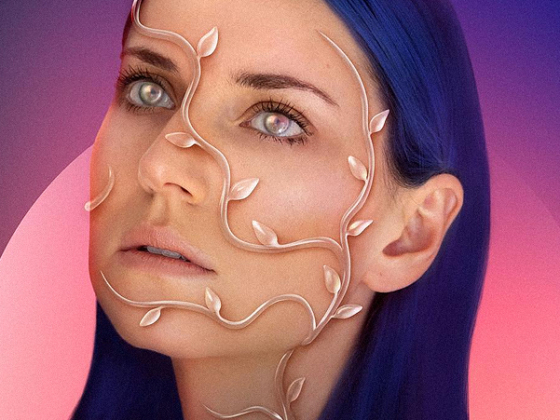