Before he became a world-renowned rapper and K-pop idol, Im Chang-kyun was supposed to be a scientist. He chuckles at the thought now, his eyes crinkling as his pronounced dimples carve half-moons into his cheeks. A math geek? “Ok not that much, but a bit. Math and science were my favorite subjects in school, but at a certain point it all didn't feel like the real me and what I was supposed to do,” Im, who goes by the stage name I.M, tells EARMILK over video call from Seoul, Korea. “I felt a little stuck.” It makes sense that I.M would be drawn to the natural world, seeing as his father worked in the biotech industry. But he also introduced another love into I.M’s life: music.

“My dad loves music. He had these very expensive home audio systems with surround sound that would fill the room. As a kid, I'd wake up in the morning to the jazz or classical music that my father was into,” he says.

I.M grew up with the classics — Louis Armstrong’s “What A Wonderful World” was the first song that he ever memorized the lyrics to — and an expanded worldview, as he lived overseas in Boston, Massachusetts and Israel for seven years during his childhood before settling back in Gwangju, Korea. Both of these influences, he says, deeply affected who he is today. “Living abroad gave a sense of cultural relativism very early on,” he says. “ I really try to respect and understand other cultures, and I’ve always had a sense of a living within a wider community. And as a child, I was curious about everything — always asking questions — just like I am today.” He cocks an eyebrow. “All that's really changed about me is my height and my face,” he says jokingly. This innate curiosity led him to imagine what it would be like to perform his own music on a stage of his own — and once the image was carved in his mind, there was no stopping him.

“My mom and dad were really surprised that I decided to be a singer because I had to drop out of middle school and high school,” he says, interlacing his fingers as he traces the memory. “They were really worried about me, because they were really set on me going to university and continuing my studies. So I had to come up with tangible results to prove to my parents it was something worth pursuing and investing in.” He passed the audition for an entertainment company in Seoul (his song of choice? Eminem’s “Without Me”) and made a proposal for his parents: “Give me a few months, or maybe even a few years, so I can prove to you that I can do it. And they said, yes, they believed in me.”

Fast forward nearly eight years later, and I.M certainly has kept his promise. The 25-year-old has spent the last six years as a member of the widely acclaimed K-pop juggernaut Monsta X, and released his debut solo EP, Duality, on February 19. The EP’s five moody R&B tracks feel like pages ripped out of I.M’s diary, sharing his deepest thoughts, fears, and feelings. It’s not an easy feat for a debut — it usually takes artists time before they can carve out that level of vulnerability on their own. But fans have come to know very well, the rapper-slash-singer’s greatest strength is his honesty, on and off stage.

I.M will tell you that laying it all out there has always come naturally to him — in fact, some people have gotten the wrong idea. “I think at first people think that I'm cocky, sassy, that I maybe don't take others into consideration,” he says, a wry smile playing on his lips and he shakes his head. He takes a breath and continues, turning earnest. “But I really care about my fans, my family, and staff. I just don't care about bad opinions about me.” That’s the difference: many people have a hard time opening up for fear of how they will be received, but I.M decided long ago that that frame of mind wouldn’t serve him. Instead of fear, he’d make candid music with the hope that others will empathize with what he's going through. And while I.M still laughs at the thought of being in a position to give advice (even as I remind him that in K-pop Time, he’s basically an industry vet now), that’s what he would tell others. “Be honest with yourself. Don't chase the trend — try to be the trend.”

EARMILK: Do you remember the first thing you ever wrote?

I.M: I was 18, and I don't remember the lyrics but it was probably about ordinary stuff. When you first try to write it's usually very boring, very cheesy, and very unorganized.

EM: What did you find was the most difficult part of the process?

You need to think about the public to a certain extent, but since it was my first, I didn’t know where the line was between just talking about my own experience and a shared experience. When you're alone writing you tend to get very personal about it, but since I was on a team and you have an album concept, you need to think about the balance between being personal and keeping the group in mind.

EM: Tell me about this particular lyric in “God Damn,” the lead single: “I’m tired of pretending I’m not exhausted.” What kind of headspace were you in when you wrote that?

At the time when I wrote this song, I had a really tough time, and so I was trying to reflect that into the lyrics and the music video. We lie to ourselves all the time, and a very common lie is "I'm fine,” because you don't want other people to be depressed by you. At the time when I was writing these lyrics, I was lying to myself a lot — I'm going to be fine! — when I knew I wasn't fine. But here’s the thing: If I keep on lying to myself, then I will eventually believe it, and I'll eventually be it. Fine. And now, I’m actually fine.

EM: Do you really believe in manifesting like that?

I'm the only one who can cheer myself up. So yeah, I believe it.

EM: There’s been this sense lately in pop culture that only when you share your deepest secrets and trauma can you truly be real, and if you keep anything private, you’re fake. Do you believe you can only be authentic if you’re completely honest?

I personally obviously believe in honesty. But everyone has their own secrets that they want to keep to themselves. Even if you have a best friend and you tell them everything, I think sometimes you can't tell them everything — especially the deepest, deepest things. I think everyone has that when you're living as a human. But when it comes to music, I believe that the best music is the most personal, so it’s my job to do what I can to express things as honestly as I can and to not hold back.

EM: You’ve mentioned how introverted you are — why then choose a job where you’re constantly interacting with people?

[Laughs] That's ironic, isn't it? Well, I guess that's why I named by album Duality. I like being alone but I also love going on stage and standing among crowds of people.

EM: You’ve expressed that you often feel lonely. I’ve heard celebrities talk about this very weird feeling of being surrounded by thousands of people at a show and then afterward suddenly being completely alone. Have you felt that way?

A lot. Especially during a world tour, the schedule is very tight and we'd have lots of concerts where thousands of fans would be screaming. And if you go directly to your car and to your hotel, you're just sitting on the bed, watching TV, just drinking beer, and you feel something very…particular. Alone. Loneliness.

EM: How does that loneliness feel? What kind is it? Relief? Sadness?

It's kind of confusing. But I'm used to it now. I honestly don't really care about being alone again after a concert, because it's natural. You can't be buzzing with energy in the hotel because you need to chill. When your work is done you just want to lay back on your sofa and feel cozy. Even if I feel some kind of loneliness, it's a thing that you need to feel.

EM: What kind of advice would you give to a fan who carries that same feeling of emptiness you describe on Duality?

EM: How are you different from what you were six years ago?

I know how to balance myself, how to control myself. I couldn't really understand how to be both the person I am in public and in private. But now I kind of just have accepted all of it, all of my facets. How I think about myself has changed.

EM: How did you get to a place where you don't care about what people think?

When I had just debuted at about 20 years old, I was confused about myself, because I felt that I was a different person than how people perceived me. After time though, instead of fighting against it, I realized that their perception was also a part of me. It was a new me that I didn't discover but, in a way, they discovered for me. I had to admit that to myself, and it made me more confident.

EM: How do you want your career to be remembered?

I really don't have a final goal in my music career. My goal isn't like, I'm going to be a pop star, be the best No.1 rapper or to top the charts or whatever. My dream is just to reflect myself into music, be honest in my music, and give as much love as I can to my fans. 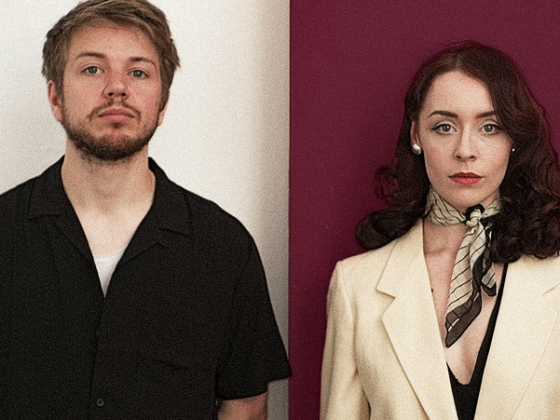