Earlier this year, burgeoning starlet Sophie Blair sent ripples throughout the world of alt-pop with her highly polished and addictive debut, "Don't Be Like That!", which displayed heaps of potential for the future of this eager 22-year-old. A further two teaser singles later, and she's ready to turn those ripples into great waves with her debut EP, Arteries.

Despite her small-town upbringing in Provo, Utah, the close-knit and dynamic music scene nurtured her passion for songwriting. Her truly rapturous talent only continues to blossom with every calculated move she takes. As the title subtly alludes, much of the EP draws themes from the blood-pumping haze of young love, articulated with an emotional intelligence and songwriting ability far beyond her years.

Joining those aforementioned teaser singles are two additional tracks, the plucky and uplifting "You Are So Lovely" and "Drive," a slow-burning piano-led number which together add further polychromatic dimensions to her enchantingly multifaceted take on modern pop.

As you tuck into this five-track foray, read along below for Blair's vivid insight to each track, shared exclusively with EARMILK.

At its core, this song is really about my frustration with my own brain. I’ve always felt things to an insane extent, that no matter what I was feeling – be it sad or scared or bored or whatever – I felt it so hard that my body physically hurts. I wrote "Arteries" after a terrible breakup, when I was anxious out of my mind at his Halloween show. I wasn't even close to being over him. Everyone in his band was dressed like The Cure and I ate one of those fake blood pods because someone dared me to, and I was like damn, I think my body might actually crumple like an aluminum can!! I remember leaving just a few minutes before having a massive panic attack, then turning off all the lights in my room, sitting down, and just pounding out this song. I wrote it on an acoustic guitar, super low key and sad, but producing it like an angsty angry dance track was really cathartic. Listening back made me realize: yeah, these feelings weren't small or low key, they were huge, like shake-the-dance-floor huge. This song is what that felt like.

"You Are so Lovely"

I wrote this song in college when I was obsessed with this one guy – he was a Libertarian, played Call of Duty, treated me like shit, and I was so head over heels for him that I couldn’t emotionally regulate. It got to the point where I was losing insane amounts of sleep over him, texting him through the night, just annihilating myself emotionally while he walked all over me. When I finally sat down and wrote this song, it was at a point when I realized okay, this feels like hell right now, but this might actually be kind of funny: the fact that I was 18 and really felt like this guy could hit me with his car and I'd probably apologize. Having a sense of humor about it, like “I want to die so I can tell you what this shit feels like” – helped me process the situation so that I could start to get away from it.

This song is kind of a letter from my younger self, an ode to the way I used to see love. I think we all wear rose-colored glasses when we’re young, but I’m especially impulsive and an empath and just generally not interested in self-preservation, so I spend a lot of time throwing myself headfirst into relationships. It was that feeling of I don’t care what my friends say, I don’t care what my therapist says, this guy can do no wrong, all I wanna do is be in this hazy little euphoria forever. I’m glad I wrote this song when I did because it reminds me of how real everything feels when you’re young – like the up-in-your-face, freeway tire screeching, absolute hailstorm of hormones and love and whatever else. I guess if you felt it once, it was real then, and that’s okay, even if it doesn't last forever.

This song is really personal, personal enough that I almost didn't record it. It’s hard for me to sing or talk about, but I’m glad I ended up finishing it because I think it was the catalyst for a lot of healing for me. I wrote it after my cousin died by suicide. He was a singer-songwriter too. The last time I saw him we went to the lake and played songs for each other on guitar and talked about our careers and how much we wanted to tour and record songs. I remember blasting Bleachers' “I Wanna Get Better” on the way home with both of us just screaming the words. We’d both survived prior suicide attempts and had been to rehab, so just both of us being there, windows down, absolutely tearing out our throats to this promise that we were gonna to work through shit and come out on the other side. That's a feeling I’ve tried to hang onto even after his death. I guess this song is my own “I Wanna Get Better,” and a kind of letter to my cousin, showing him that I’m not gonna stop fighting to stay alive and stay on top. If there's anything I hope my listeners remember from my songs, I hope it's the line “Use teeth and nails on your way down.” That's what I'm trying to do.

I wrote the pre-chorus to this song in the car outside of my friends’ house the morning after a New Year’s party. I'd just started getting into pop music, and I was pretty obsessed with writing hooks, so I recorded the voice memo and sent it to 5 people, sleep-deprived, still in my dress and makeup from the night before, freaking out in the drivers' seat like “I wrote a good hook!!!!!!” At the time, I was going through one of those back-and-forth stages in a really exhausting relationship, and I felt like I was being dragged through the mud. I guess it became this anthem for all the people-pleasers like me who get walked over and don't wanna speak out or ask for better treatment so instead we're like–PLEASE change, PLEASE don’t act like this, I wanna stay with you, but I’m literally going insane. The song is fairly tongue-in-cheek because that hook “I’m ready now, I’m ready this time” was such an empty threat. It was always like that: “keep acting like this and I’m gonna leave you,” and then always coming back. I guess I just hope when people get to the end of the bridge and scream “I’m ready to let it die,” they start to mean it, because it took me a while to get there myself.

Arteries is released on 30th of October via Wonderwild Records. 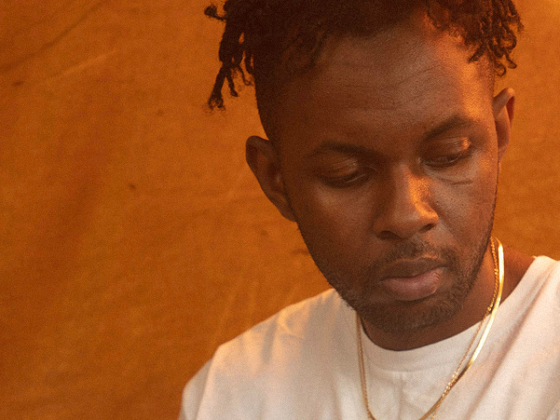 Dan Onkar shares afro-fusion EP titled 'A Night Like This' 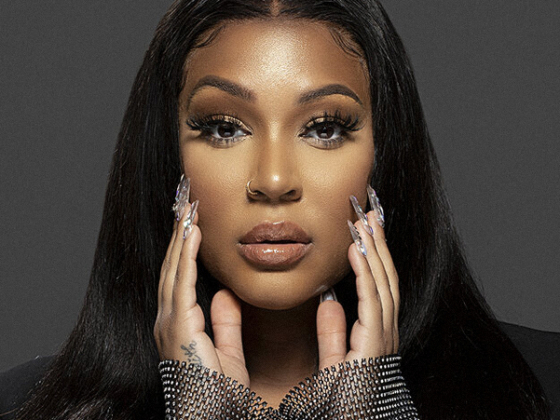