We are sadly living in a time in which live music has come to a virtual stand still. As the pandemic has raged on, I've missed the feeling that accompanies going to concerts, getting to see my favorite bands live, and wishing that the night would never end. But, while we wait for live music to return, Blake Rose has gifted us with a live session of his breakout song, "Lost."

Rose originally released "Lost" in 2019, and the song is an ode to the end of a relationship you didn't see coming. While the original's upbeat tempo and consistent percussion is the perfect song to have on while letting go of pent up frustration on a jog, the live session's new arrangement leaves room for vulnerability.

Rose enters on his own, playing the guitar and you can see he's taking his time. While the new arrangement isn't exactly stripped down, there is more of an emphasis on emotion, due to the sparse production, live instrumentation, and raw vocals. We get to hear and see the feeling behind the lyric in a very organic way, allowing fans to connect even further to the story.

Rose's timing almost seems fortuitous. Though "Lost" is a love song, the pandemic adds another layer entirely. Due to how hard it is to see loved ones right now and the abundance of time for reflection, the meaning has shifted slightly. I got to catch up with Rose about this alternate interpretation, how quarantining in Australia led to the live session, and being recognized by Taylor Swift.

EARMILK: First off, how have you been doing? How's quarantine life treating you in Australia?

Blake Rose: Fortunately in Western Australia, we weren’t impacted nearly as bad as some other parts of the world, and after a brief period of heavy restrictions, we are now almost back to normal. Even though it’s a result of such a devastating situation, I’m really happy that I have been able to spend a lot more time with my family and friends. Being mainly in America for the past few years I’ve missed that so much.  Aside from working on music, I’m taking advantage of the time I have with them at the moment.

EM: I know you moved from Perth, Australia to LA but went back once the pandemic hit. Have you noticed a difference in the musical community in Australia versus LA?

BR: The music community here is pretty small. Generally everyone knows each other or at least knows of each other.  From watching friends of mine who have spent a lot more time locally, everyone seems to be familiar with everyone else.

EM: Have you found it hard to be creative due to everything going on in the world?

BR: It's been up and down. I have a week or two where I feel really creative and productive and then I’ll kind of sink into a weird headspace for a while and have to pull myself back together again. One thing I know is I’m definitely a lot more creative here in Perth than I would’ve been if I had stayed in LA.

EM: Let's talk about your new video for "Lost." You filmed it while you've been home in Perth with your friends from university. What was that experience like?

BR: It was super exciting because in addition to creating a new live arrangement for the song and a video that I’m really proud of, it also felt like the birth of my live show!  We have been wanting to play together for ages, and now with me predominantly being based in LA, that wasn’t possible. Now that we’ve had some time to actually put some pieces together, we’ve discovered that the chemistry between us is really fun and fresh. I’m pumped to put the live set together with them and play some shows as soon as we’re able to!

EM: You released "Lost"  in 2019. What significance does this release have now due to the original messaging of the song and the current state of our world?

BR: I haven’t really thought about it that way to be honest, but the song at its core is a love song about missing someone you thought you would have had way more time with. I guess to a lot of people, this is super relevant at the moment seeing as there are a lot of people in the position where they can’t even get to their loved ones due to the pandemic.  There has also been a lot of time to reflect so maybe there are a bunch of people out there who have been dwelling on past relationships or thinking more about people they have had feelings for and weren’t even aware of it until now.

EM: I've noticed that you enjoy doing live sessions of your songs. Tell me a little bit about the creative process that goes into that and how it's different than recording the songs in the studio.

BR: With live sessions, if I’m playing by myself it’s quite simple. I just hire an engineer to record me, they send me the stems, I mix it then send out the recording to get mastered. If I’m playing with multiple musicians like in the video we did for “Gone” and now for “Lost,” I put an arrangement together of all the different parts I want everyone to play beforehand and send them to each player. We then meet up and have a couple of rehearsals. After that it’s the same thing.  An engineer records us, sends me the stems, etc. "Lost" was the first time I’ve mixed a live band which was tricky especially because the room had a lot of natural reverb. It was a great learning experience though and I’m super happy with the result.

EM: It seems as though you've had a great amount of success in a somewhat short period of time. But I know that what looks like rising to fame overnight often takes years of work. What has that looked like for you? When did you know the type of artist you wanted to be and is that a process that ever truly ends?

BR: I started producing and writing when I was about 13 or 14 and I’ve pretty much been working on my craft non-stop ever since. I knew that I didn’t want to just start releasing music on my own because for one, I just had a feeling the music wasn’t ready yet, but I also wanted to make sure that once I did decide to release something, I had people behind me who were able to help those releases see their full potential and be a part of a long-term plan for my career. It took me a couple years of traveling back-and-forth to Los Angeles and working my way through a bunch of dodgy managers and situations but I’m so happy that I was patient because the people I’m working with are amazing and they’re helping me grow as an artist and a person every day. On that note, I still haven’t really figured out who I am as an artist definitively, but I agree that the process of figuring that out is never ending. In terms of a sound or style of art, once you’ve done something and put all of your time and effort into achieving it, I feel like trying to do it all over again is always going to leave you feeling like you've fallen short or that you're not quite living up to yours and other people’s expectations so I think the best option is to try new things and develop your art.

EM: "Lost" was added to Taylor Swift's self-curated Spotify playlist, "Playlist by ME!" which is a huge deal! How did you react when you found out and how has that impacted your career?

BR: I was honestly so shocked. It was completely random and unexpected. The next day I got a call from this radio station to do an interview about it and the day after that the state newspaper came and did an article on me which ended up being the first piece in the paper. The thought that she has heard the song at all is what tripped me out. Just knowing that my music has reached that far so soon is surreal.

EM: Since all there seems to be is time these days, have you been working on anything new? If so, where have you been drawing inspiration from? What can we expect from you in the coming months?

BR: Yes I have been working on a lot of new music. I still have singles in the pipeline that are on their way but have also been creating a bunch of songs which I feel belong on a project so hopefully something like that will materialize soon. Inspiration has been very unpredictable but I’ve been doing a lot of reflecting on my life up until now which has definitely been a catalyst for a bunch of my new music. 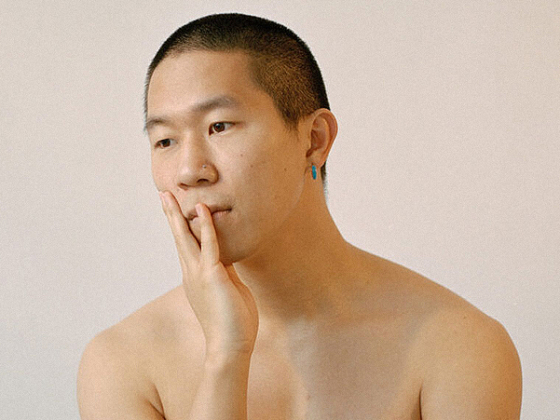 boylife concocts a contrasting pair of songs on 'church / boston' 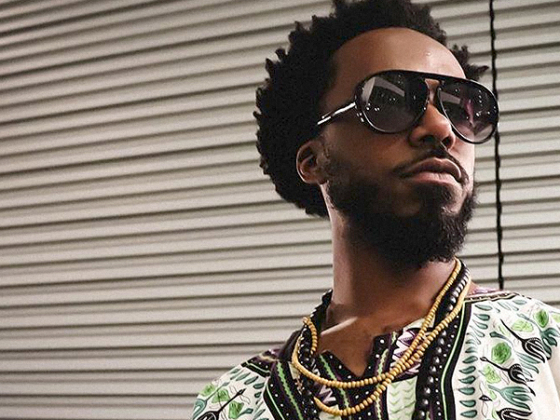