At a pub in Euston, London, Bisou Noir bassist Jake Tullett orders a pint and posts up to watch a Liverpool game. The self-proclaimed “football hooligan” takes some time before the game to chat on the phone about Bisou Noir’s upcoming release Years.

The band’s debut EP revolves around the idea of time, from growing up and leaving home to the state of the world, our preoccupation with social media, and the environmental crisis that leads us to wonder if our time may be running out. Across the storytelling found on the EP, a common thread is acknowledging the awful truth that time is running out and there’s nothing we can do about it. Years eloquently examines existentialism from a global perspective but also from an individual one.

The opening track “Into the Night,” is a moody, hip-hop-inspired rock song about the struggles of being a twenty-something and the anguish of balancing work and paying the bills with musicianship. Guitarist Milo Burgess takes the reigns with brooding guitars that burn slowly into a heavily melodic chorus. If you’ve seen Bisou Noir live around London, you may recognize this as the first song off their set. Tullett says the track is his favorite.

“Run Away” is a love song written by frontman Toby Spysznyk about that durations of relationships that should have ended sooner. Hindsight is always twenty-twenty. Musically, it falls somewhere between King’s Of Leon’s “Use Somebody” and Snow Patrol’s “Chasing Cars.” It’s radio-rock melodies waver between gentle and fiery, as running away can hurt even if you know it was the right thing to do.

“Time” is an experimental track for the band, as it features a seven-part orchestra and four different keyboards. The song’s inspiration? The end credits of a movie (the members of Bisou Noir are huge film buffs). It evokes the feeling that time is up, and there’s nothing you can do about it but watch the credits roll past you. The track has a distinctly cinematic feel with its epic orchestral element.

The EP closes with “Misery,” which Bisou Noir have featured at the end of their set for the last year. The band unleash their emo side with this song (they all grew up listening to pop-punk, and let’s face it, that never quite goes away). “Misery” sounds like something straight off a Warped Tour playlist in the best of ways possible.

To celebrate the EP (and leap year), Bisou Noir is playing a show at Camden’s Dingwalls on February 29th. “We all actually went [to Dingwalls] together when we were younger to see You, Me at Six,” says Tullett. “It’s going to be a pretty special night for us… We all used to go to Camden when we were younger and buy earrings and jewelry for our rock and roll look.”

Tullett, Spysznyk, and drummer Mikey Laws are all best friends from school and have been playing music together for nearly a decade. About two years ago, they all found themselves in London at the same time and decided to take their music seriously. Spysznyk met Burgess on the set of “Mamma Mia 2” when they were both working as film extras. They got to talking about music and the rest is history.

The four of them met over a pint and talked about their influences. “What was interesting about the conversation was that we all had really different influences, even the three of us that have been best friends forever. I guess we all like rock music as a basic premise, but one of the ones that kind of came up that was really interesting was some of the more alternative stuff,” says Tullett. “Gorillaz was a band that we all spoke about. We love how different they were and how they kind of put different genres together and stuff. A lot of us really like old school rock, Chili Peppers and Rage Against the Machine and stuff like that… the British emo scene is what we grew up on. Our music now is a nice mix of all of that in a strange way.”

The name Bisou Noir was also born that first night at the pub. “We were talking about the bands we liked and one of the bands that did come up was the Black Keys,” Tullett explains. “We were talking about how we really liked the use of color in their name, so we were spitballing loads of different things.” They settled on Bisou Noir, which means black kiss in French (even though, of the four of them, only Laws speaks French). “It was more about the color than the language,” adds Tullett. “We kind of like the contrast of the black and then the kiss, which I guess kind of brings up a little red and pink and nice things. I really like the idea of colors in general in the name. It makes people think.” 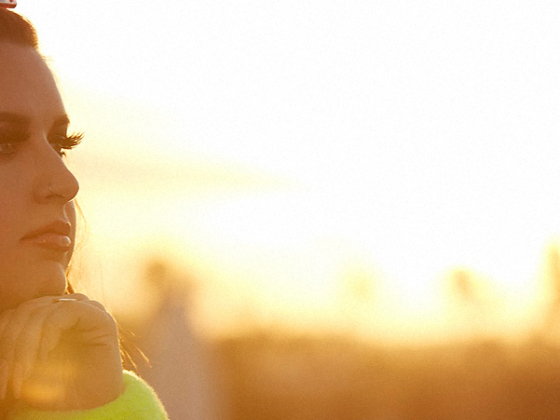 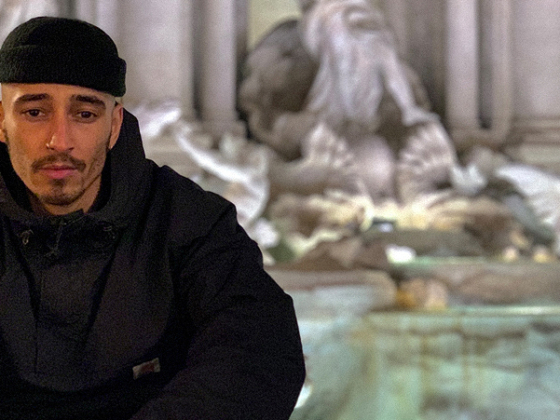