With a string of dreamy releases, husband and wife duo, The Grahams, are gearing up for their upcoming album Kids Like Us to drop. They called me from a kitchen pantry, the only place they could get reception in the mountains where they were staying. We talked about the road trip that inspired the new album and making art for the sake of art.

Alyssa and Doug Graham have a classic story, meeting when they were just kids. "He was my big brother's friend," Alyssa explains. "And we started playing guitars together around campfires; we were kind of little hippie kids." They played a lot of Neil Young and Bob Dylan, until they got older, went to college, and started creating their sound. Their vocal harmonies did the trick, and music became how they communicated. She says, "We were like, 'Oh my God. I can't believe two voices can sort of reach this euphoric moment together.' It's a language – it was a great way to communicate between ourselves and friends, and people from all walks of life. Over the years, it's morphed into different groups and different sounds."

After Alyssa attended music school, the duo knew they had to continue with their musical journey with the sole mission of creating art. They knew how easy it is to become jaded in the music industry, and they wanted to stay on course. Doug explains, "We've gone through those moments of success and other moments where we're like, 'This sucks. I hate this industry. It's a bunch of assholes.' And we've gone through all those emotions, and I think now, especially with the birth of our daughter, we're at a point where we just want to make art, period. It's kind of what we were put on this earth to do, and it's between the two of us. It forms who we are together."

For the Grahams, their art is inspired by adventure. Their album Riverman’s Daughter was inspired by their journey on the Great River Road that parallels the Mississippi. Their second,  Glory Bound, was based on their train trip to iconic music destinations. It only made sense that their upcoming album, Kids Like Us, had them on a motorcycle adventure through Route 66. The trip took place around the presidential election when tensions in America were high, and emotions were tense.

As the duo made their way down Route 66, they interviewed artists, trying to find themselves and get back out of the depression they both found themselves in. On why they chose the historic route, Doug says, "It's sort of a picture of America in its heyday in ruin. We wanted to really see America in different ways, and it helps us to write songs and take stories from people we meet and write songs about where we've been and what we've seen."

At the core of their songs is story-telling. When you listen to "The Painted Desert," you hear Alyssa's angelic vocals drifting over a dreamscape of a melody. "Bite My Tongue" feels like a dark ride through the desert in the 60's complete with trippy synths and a driving chorus. "Searching the Milky Way" is a shimmering song from the past complete with "sha-la-la's" and clinky pianos. The songs are a time-capsule, a meld of Brian Wilson, The Supremes, and Phil Spector. It transports you to another age and makes you feel like hopping in a baby blue convertible and heading to the Blue Swallow motel.

Their upcoming album definitely has a political edge. There's a lot of anxiety about the future and restlessness, but there's also that glimmer of hope. Alyssa clarifies, "I think at the end of the day we wrote this album as a body of work that really reflects who me and Doug are, which is two kids that grew up together, kids like us, that fell in love when we were very young, and we want to maintain that sort of outlook on life, that love comes first. That all this horror and strife and hatred that's been going on in this country and abroad, it's hard not to get focused on that, we experience all that, and we share those sentiments, but we want to get back to love." 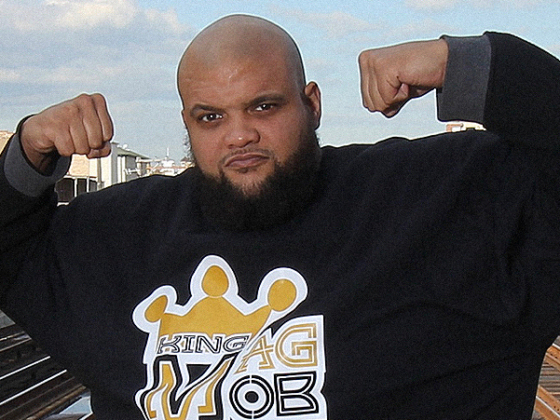 King Magnetic take shots at Vinnie Paz on "Be Quiet" 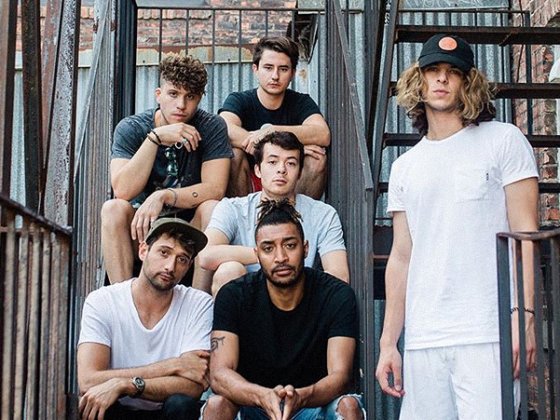