7 months ago by Lindsey Oh

The music scene's fast-rising enigmatic artist Darci, executively produced by Rance Riley,  pulls on the heartstrings of his fans with the release of  “Serotonin” - a brand new single one day ahead of the release of his debut EP Crazy Beautiful Blackout.

This evocative new track delivers on all things Darci. Rance Riley's clean trap percussion serves as the backbone while pulsating synths ring in the atmosphere along with subtle effects that make the instrumental alone a mesmerizing feat. The chorus hits to provide all the signature introspective feels as Darci's suave vocal delivery compounded with catchy lyrics and earworm melodies.

The enigmatic rise of Darci first began with a mysterious introduction through demos of “Come Around” and “Some Say”- two tracks with no official support that have already garnered millions of plays. The demos were clear early indicators that this artist was on a playing field of their own. 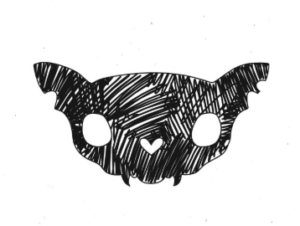 Following these momentous releases Darci didn’t slow down. With expert-level branding including the skull cat logo above, solid color palettes and even more cohesive moody musical style, Darci continued to put out genre-blending tracks that fit somewhere between hip-hop, R&B, and dark pop. The unique dark undertones and captivating melodies drew attention from big names like RL Grime and Ty Dolla $ign, and ultimately landed them a contract deal with United Talent Agency.

Fast forward to the present and Darci is now ready to reveal his full debut project Crazy Beautiful Blackout - which features already released singles with Jutes, Nessly and Ozzie, and three new singles, including "Seratonin".

Crazy Beautiful Blackout will be released tomorrow and effortlessly delivers the sound that Darci has so carefully been cultivating over the years. With so much under their belt, it's looking like 2020 might just be the year of Darci.