Spending nearly two decades singing and songwriting, Dana Williams has become a rising music icon heading towards the peak of her career. Drawing inspiration from jazz greats like Ella Fitzgerald and Billie Holiday, she has been able to take her music in a unique direction, creating a sense of intimacy every time you’re exposed to one of her records, be it live or on-demand. Greeted by a friendly voice over the phone on a warm fall afternoon, I got the chance to talk to Dana Williams about what makes her a standout artist.

As an artsy child, she was exposed to the ins and outs of record creation from her father, who was a musician. “He would make a track and explain [the verse, chorus, the bridge, and the peak of the song]” Dana says over the phone. “He showed me the basic structure of a song so I would write a melody.” Being introduced to sound production during her childhood quickly led her to formulate songs and music videos – channeling all of her energy into music-making from an early age. “I always wanted to make music. I grew up and knew I would always do [this],” she recalls. To date, the Universal Music Group signee’s career has skyrocketed, gaining Dana collaborations with several other music icons including Amine, Freddie Gibbs, Rejjie Snow, and Boogie. Her songs also continue to rack up millions of streams and she’s even secured a feature in an Oscar-winning film.

Spending the majority of her years in New York and Los Angeles also had a significant impact on her music career when it came to finding her own path. Opening up about her time in New York, Dana says “[Growing] up in the city has shaped my music [including] the way I sing and write music, I [also] went to a lot of live jazz shows and performed [in New York]. I got heavily into jazz during my time in New York, so it influenced my songwriting.” Dana’s jazz background has most definitely had a positive effect on her career, with jazz-influenced songs like “Egyptian Lover” and “Oh No!” being some of her most popular records.

As an artist, Dana also prides herself on being able to create music that gives listeners a direct insight into her reality. It’s no surprise that with the colder weather upon us in addition to periods of mercury retrograde, she has released a song addressing those difficult times as the year comes to an end. Earlier this month, Dana dropped “Hard,” her latest single, which discusses common thoughts of self-doubt that often spiral into feelings of isolation and sadness. “[The song is] a reminder to be gentle with myself because I tend to be hard on myself quite often,” she shares. Despite the record discussing topics that are heavy on the heart, Dana focuses on the silver lining in the emotional track. “I tend to be a perfectionist. [However, we] have to remind [ourselves] that perfectionism doesn’t exist.” It’s obvious that Dana is not alone in her feelings, considering “Hard” has garnered the artist over one hundred thousand streams on Spotify, reaching all different age groups and demographics.

After an extended discussion on the rollercoaster of emotions intertwined with her musical career, we end the conversation on a hopeful note. With a sigh of relief, Dana tells us that she’s entering a chapter of realization, learning much more about herself. During this decade long transformative period, she has shifted her focus to maturing as an artist by pushing the boundaries of her comfort zone, in order to produce music that is most authentic to her. Despite the praise she continues to receive from her audience, Dana Williams maintains a great sense of humility when talking about her musical success:

I have to remind myself to take a step back and appreciate the wins because I feel like the music is such a journey and there’s such high highs and low lows so when I do something like play a show, I feel like wow people do care and I am doing this for a reason. It’s really nice to be able to appreciate and acknowledge the wins. 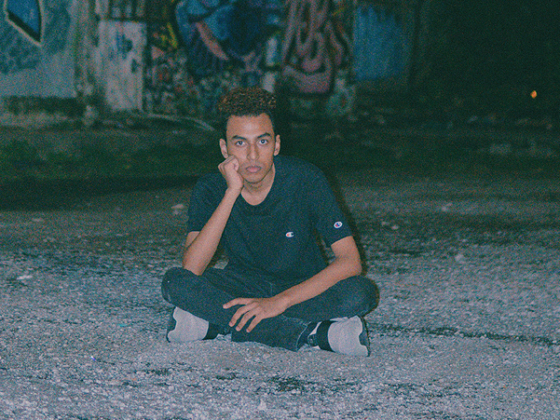 "Atlantis" may be sunk, but RUFUS' star is just beginning to rise