Critically acclaimed British spoken word artist, rapper, poet, novelist and playwright Kate Tempest set this week's top 10 list with her new track titled “Holy Elixir”. She takes the listener through a psychedelic trip back to the beginning of life down to the present. Tempest delivers thought-provoking lyrics with fiery intent for an ominous almost 5 minutes. No punches are held back on this one.

“Holy Elixir” is taken from her upcoming third studio album, The Book of Traps and Lessons, out June 14th via American Recordings/Republic Records. The album, which was produced by legendary producer Rick Rubin and Tempest’s longtime collaborator Dan Carey, is available for pre-order HERE.

Get it on Soundcloud.

Production trio DIICE team up with vocalist Hyara for this dark pop jam titled "Same Way". DIICE go the extra mile in lacing the London based act with the perfect soundscape for her emotion-filled vocals as she dives into a head-over-heels territory with a hypnotic twist. DIICE is currently back in the studio working on a handful of singles to be released in the summer of this year.

Singer-songwriter Whitney McClain's newest record "Fireplace" harks back to classic R&B/soul vibes laced with a modern twist. Armed with a soothing and soft vocal tone she effortlessly shows an unabashed display of affection towards an irresistible love interest over the heartwarming backdrop prepared by U.K. production duo Da Beatfreakz. It is very obvious she is inspired by the greats such as Earth, Wind & Fire, as well as Amy Winehouse, as one hit of her song will give you that old school thump.

"Fireplace" is the second single taken from her upcoming EP. Get the single on Spotify

Burlington Vermont based MC Pro is all about the lyrics as evidenced on his new record titled "Live Wire Cats". He goes full throttle with the pen with his rhyming partner over the vintage piano-driven melody.

As a co-founder of The Aztext, Pro has collaborated with !llmind, Shuko, Craig G, Wordsworth and Romanian emcee Doc (watch the "Break It Down" music video). After Dinner Before Dawn marks Pro's first solo album and will be released on Equal Eyes Records, May 24th, 2019.


Singer and rapper Gallo teams up with vocalist Xenia on the heartfelt single titled "Glass River". The concept of the track explores how we as humans have always struggled when it comes to true love and how our past always get the best of us. Like the bridge of the song says, "will you love me even if it cuts me?"

Gallo came up with the song after a trip to N.Y while walking by the Bronx River. He was inspired by seeing the shoreline completely covered by broken glass.
Get it on Spotify.


MC 60 East and his producer Phil the Pain's newest record "Almost Summer" is a solemn dedication to summer. 60 East takes some time to talk about all the events that occur right before summer and makes mention of why Spring season is often overlooked. The track is laid back and smooth as 60 East keeps the good vibe flowing.


Backxwash teams up with producer Flying Fisher on this anger-filled jam titled "Bad Juju". With a haunting soundscape that feels like a score from a b-horror flick, Backxwash pulls no punches as they attack the opposition with lyrical venom peppered by their eclectic rhyme scheme. It's pretty unorthodox as they weave topics ranging from sexuality, witchcraft, and religion over the dark beat but is 100% infectious in the best way possible.
"Bad Juju" is the lead single for Backxwash's upcoming album 'DEVIANCY' (dropping July 12th)

London based, Nigeria raised rapper Monte Khan shares his love for hip-hop and his Nok roots to deliver what he calls 'Alke Rap'  on his new single titled "10 Kg". A blend of Alkebulan's history, culture, and politics peppered with lyrical bravado, he keeps the integrity of his Nok roots intact while keeping the listener enthralled.
Khan is working on his Debut E.P 'Afromental' to be released in 2019 as well as 'The Tape of Lost Verses' To be released on his Soundcloud Exclusively.

Get it on iTunes


Producer Cubeatz (aka Elevatah) teams up with emcees P.U.R.E. & Mi-Fliss on "God Before Anything". The track takes it back with its hard-hitting rhythm and solemn texture that solidifies the rapper's uplifting lyrics as they talk about spirituality, knowledge of self and how they were able to turn negative into positive. P.U.R.E. was a member of Raekwon's Ice Water Inc. label while Mi-Fliss is a Nigeria based underground emcee.

Neak shares the visual for his new song "Elevation Everything" which is actually the opening track for his new album. The self-produced record personifies Neak in every way shape and form when it comes to the art. Switching between the interchangeable worlds of the artist/producer tangent, Neak aims to give the listener the full spectrum of his life from the past, present and future. He further adds that exposing his soul/displaying his humanity is not a weakness but rather his greatest strength as a writer/producer. That notion truly shines through in this track, which is why we had to add it to this week's list. 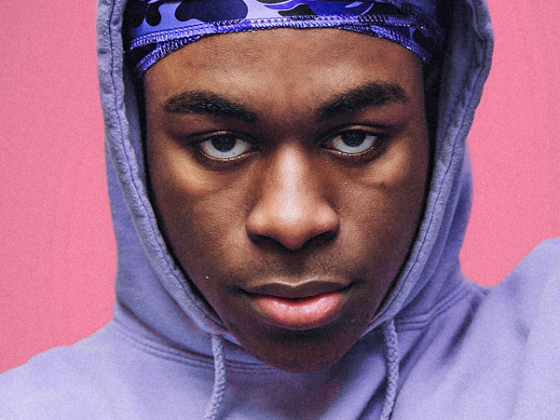 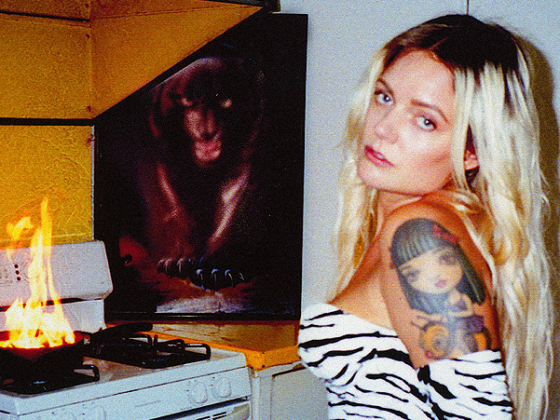