Next month sees the release of the fourth studio album from Hugo Manuel, or Chad Valley as he’s better known. We’ve already gotten a taste of the alluring and charming synth pop with the recently debuted “Impartial,” and of course it left us craving more. Chad Valley is known for filling your ears with layered dreamy Balearic synths and fleeting vocals. His latest offering from the new album Imaginary Music is the track “See-Through.”

Keeping with the lush, intimate groove that keeps everyone coming back to Chad Valley, “See-Through” is the perfect example of the cute and dancey tunes that Manuel creates. Despite having his equipment and gear taken during tour and having to restart from scratch for a new album, “See-Through” along with the previous single manage to boast an uplifting and positive energy.

Today EARMILK is sharing the first taste of Chad Valley’s new “See-Through” along with an exclusive Q&A in which Hugo Manuel takes the time to answer our questions about the new album. Look for its release May 25th via Cascine, both digital and physical versions are available.

EARMILK: Can you tell us about that moment when you realized your gear and everything was gone?

Chad Valley: I was actually getting coffee by myself in San Antonio, Texas. It was a Sunday and we had a day off after a great show the night before. One of the best shows of tour actually. The rest of the crew (including Shallou and Blackbird Blackbird) were going out for lunch and they parked the van in a parking lot downtown and an hour or so later I got a text saying something like, "Bad News…" and then a hurried explanation. Turns out they were running around downtown looking for any clues as they were typing this and I was stuck on the other side of town, unable to do anything other than send out a few futile tweets asking people to look out for our stuff. I've never been robbed before, and this was not, in the big scheme of things, a major loss, but I felt a sinking feeling in my stomach like I had been dumped or literally kicked to the floor. The first thing I thought about was my laptop and my music on there that I instantly knew it wasn't backed up.

EM: What was it like trying to restart the album writing process?

CV: It was brutal, but in the end totally amazing and probably helped me out more than anything. The fact that we still had two weeks of tour left meant that I had no option to wallow around. It was really fun spending the next two days driving from San Antonio to Tucson, through the desert, picking up bit of gear and clothes along the way, working out a way to play the rest of the tour and make a success of it. It was great being able to bounce back and give a big "fuck you" to those thieves. So yeah, we came back from tour and I took a week off as usual to readjust, and then I just started writing again as if nothing had happened. I didn't think about the songs that I lost and I didn't try to recall them, I just powered through and wrote as many songs as I could and I think that it made for a much better album somehow. Maybe in my head I was thinking about the lost batch of songs and how I could improve on that. Sometimes it's much easier to improve on something by ripping it up and starting again, which was forced into my hand as it happened.

EM: If you were to get all your equipment back and regain the lost album, do you think you'd release it?

CV: No way. It's now two years old and my taste moves real quick. I definitely would not be into the stuff any more. I have a very short attention span with my own music. I have so many almost completely finished songs that I will never release. Songs that didn't make the cut for various albums of mine that are now three or four years old. To me they just sound painfully off-key. There is something about committing a song to an album that cements it and makes it stick and not lose relevance.

EM: Do you have any words for whoever stole everything?

CV: I never spent much time thinking about the people who did it. Of course the many locals that we talked to all had their ideas and theories on whodunnit, but I never held out any hope in finding the stuff. I'm sure the people who took it were desperate and had few options.

EM: It's said you're exploring “the secret art of timeless pop music.” Can you elaborate on that?

CV: I guess that as I am not in my early 30s and I've been making music as Chad Valley for nearly 8 years, I'm not interested in chasing trends and being at the cutting edge of anything these days. Since I started this project I've kept a much closer eye on the music industry, the charts and stuff like that. All that has made me realize that no matter what trends might prevail, the one thing that always carries through is songwriting and this vague notion of "pop." When I use the word "timeless" I mean that kind of song that you listen to and think that you've heard before–sounds familiar but exciting and new at the same time. That stuff is gold dust, and far more exciting to me than whatever production technique is hot right now. A lot of this is routed in the pop music of the 80s because I feel like that was the first time that pop music stopped being a dirty word and could be embraced as art for the first time. I wouldn't like to get too far down the path of being "art" rather than "pop" but it's a line that I hope I straddle somewhat.

EM: What can you tell us about this new song, "See-Through?"

CV: It's really a very simple love song about first love. I think I'll always try to write songs about the first time you fall in love because I think feeling that emotion for the very first time is a lot like listening to a great song for the first time. Everyone knows what it's like to have that feeling of "I wish I could discover Radiohead for the first time again" because the feeling of coming across all these new feelings for the first time is addictive. Of course, if it's a good song then it gets better and better with every listen. I remember trying to channel Fleetwood Mac with the vocal call and response bits in the song. Not sure if that came through so strongly! The drum beat is ripped from an instructional YouTube video of an old 80s drum machine. Not many producers will admit to that.

EM: What can we expect from the new album?

CV: Including my old band Jonquil, this is the 6th full length album I've made and it's the best thing I have ever done. It's not all pop singles too–It's got some weirdness on there, some minimalism, some crushed analogue soundscapes, some future funk. It feels weird to finally have this one out in the open since I worked on it completely alone for a couple of years. It's consumed me in that time and now I'm already thinking about the next thing. 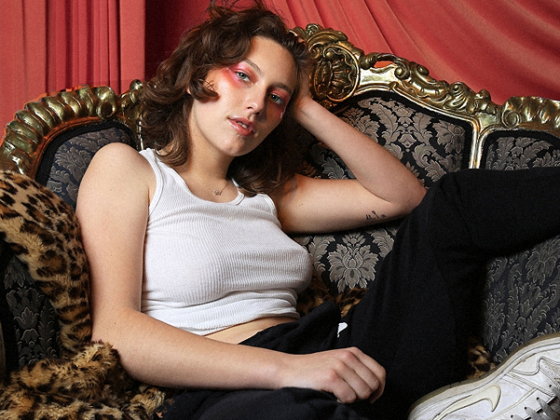 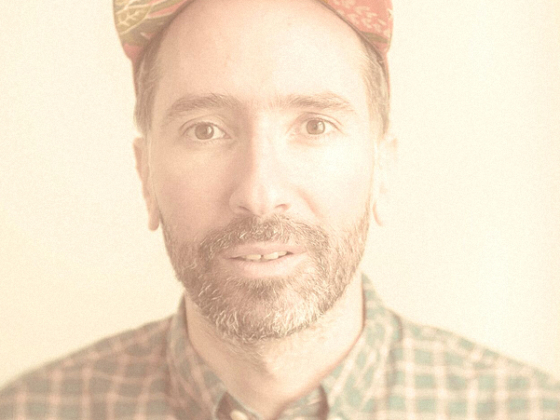 Xinobi's "Far Away Place" gets the Tensnake treatment [Premiere]