In a world where borders seem to be valued more than pathways, we are hindered in the pursuit of not just physical liberalities, but mental ones as well. Forming walls around creative expression itself, Donald Trump and his travel bans have constricted many individuals of their freedoms, including Ash Koosha, the Iranian-born London-based music producer and virtual reality advocate that scheduled a United States tour far before the travel bans went into action. When one door was shut, a whole world of possibilities opened. The minds behind TheWaveVR set out to collaborate with Ash Koosha, creating a virtual concert where boundaries are dissolved into a fusion of psychedelically inspired audio and visual synesthesia to audiences currently restricted from seeing the performance. Watch the trailer below to witness a sneak peak of the groundbreaking show.

TheWaveVR CCO and Co-Founder Aaron Lemke stated, “There are no borders inside VR. We’ve been working hard to develop a community that’s both positive and inclusive, where all are welcome. Soon artists will be able to use our platform to reach all their fans at once, and these physical, man-made boundaries won’t have so much power.” Ash Koosha, a rebellious political activist in nature, was imprisoned and blacklisted by his home country for creating rock music and films. Wanting to push beyond the boundaries of governmental legislation, VR allows an inimitable gateway to deeper dimensions of Ash’s vision, interweaving art and sound with infinite frontiers. Virtual reality has pioneered an era of mankind where we can connect to each other in an authentically impactful way, regardless of your location.

The show, titled AKTUAL, debuts on TheWaveVR concert platform on August 16 at 7pm pacific time, when fans with an HTC Vive or Oculus Rift can be transported to the show to interact as avatars in a shared virtual space in real-time. Ash Koosha will be manipulating both the music and visuals from London, all done in his HTC Vive virtual reality headset, transporting each viewer into the live TheWaveVR’s virtual realm. TheWaveVR platform is in pursuit to redefine what live concerts can be, pushing the political, artistic, and musical agenda of our current reality.

The show will be streaming on TheWaveVR’s Facebook page and Twitch page live.

TheWaveVR is the world’s first interactive music concert platform in VR and is currently in beta on Steam Early Access.

Get to know Beartrax with his mix for Night Rumours 45 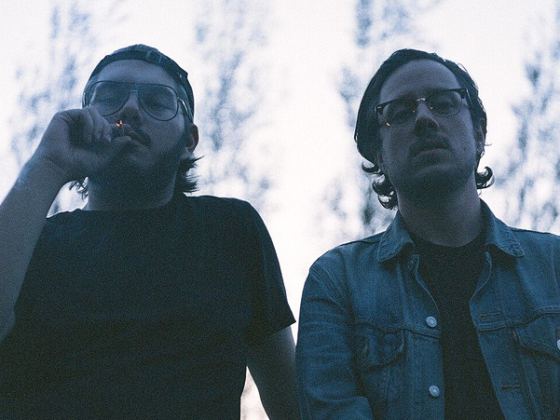 Canadian duo Smokehouse are back with the harmonious "Too Many"