Under the new solo moniker Toothless, Ed Nash takes a dreamy departure from his indie-turned-electro-pop roots as the bassist of Bombay Bicycle Club. The band’s split in January of last year brought to life an unexpected trajectory for the typically overshadowed role of a bassist – the pursuit of his own creative endeavor. Nash spoke with EARMILK about being the underdog, and the importance of going against the grain with Toothless.

The twinkling melodies on Toothless' debut single "Terra" are otherworldly, lulling the listener into a dream state of contemplation. Disrupted by vibrating percussion, "Terra" is expertly layered with discordant harmonies that are unique from many in its genre. The visuals for "Terra" take the viewer away into a thought-provoking blend of outer space and human frigidity.

While Toothless is intelligent in its artistry in its own right, immediate comparisons to past triumphs come to light when any member of a successful band goes solo. Especially because the former lead vocalist Jack Steadman coproduced Toothless' new album, listeners are quick to draw otherwise weak comparisons between the two bands. Nash shakes off any comparison to Bombay, explaining, “I think if I wasn’t in Bombay people wouldn’t make the link between it and Toothless. Lyrically, the songs are more metaphorical and ambiguous. In terms of the music, this is more dreamy and woozy, with more finger picking electric guitars. Whereas Bombay, especially towards the end, was quite bombastic, sample-based music.”

What most glaringly sets Nash's new project apart from Bombay is his use of allegorical tales in Toothless' lyrics. While Bombay’s lyrics were Steadman’s personal anecdotes, Toothless' debut album The Pace of The Passing lyrically reaches a wider audience in its ambiguity. Nash found that relating stories through Greek mythology was a helpful writing tool in his creative process.

He elaborates, “When I started writing this album, the only thing I hadn't done [in a band yet] was written lyrics. Or at least, written lyrics that other people were going to hear. So I had to find a way into that. I didn't really want to write about my home life because it could come out as quite cliche. So I started writing the lyrics about human stories and using metaphors and personification and things like that to try and get my point across. Mythology provided clear cut morals, clear cut stories, and it was just a really nice starting place for me.”

Nash employs Greek myths on songs like Sisyphus, The Midas Touch, and The Sirens in the lyrics of Toothless’ new album. Greek myths were also used to guide the plot of the visuals for The Sirens, featuring saintly vocals from The Staves. The video features a man on a booze infested nomadic journey through Ibiza, indulging in temptation after temptation to convey the moral lesson behind the Greek myth of Odysseus and the Sirens. Nash explains, “It’s about the Sirens tempting Odysseus and him trying to resist. I wanted to make a modern-day Sirens video, with a guy in Ibiza, with all of these modern day temptations – partying, sex, drugs, and the rest of it – and this guy is passing through, being chewed up and spat out the other end.“

Attentive to minute detail and lyrically eloquent, Toothless shows a more complex side of Nash’s artistry. He suggests that his choice for each collaboration on The Pace of The Passing had to work within the boundaries of his creative vision and make sense with the lyrics. Nash comments, “I didn’t want [the collaborations] to be gratuitous. I didn’t want to get other famous people or other fans to fill in for the sake of it. For example, the story of The Sirens revolves around angels tempting these sailors. It had to be The Staves because the three of them have these beautiful, angelic voices.”

Nash wears his heart on his sleeve in a new way with Toothless, investing meticulous thought into each aspect of the endeavor. Much like Nash’s lyrics, there is an allegory behind Toothless’ unique name. He comments, “Toothless comes from a drawing I saw of a tiger that's biting a boy's head off. And the caption reads, ‘Even toothless, she can still bite off a boy's head.’ I really liked the idea of something being underestimated but still having biting power. It’s a bit of an ode to myself because no one really expects the bass player, of all the people in the band, to go and do something of merit outside of their band.”

While Nash expressed a genuine passion for previous endeavors, I could sense an air of relief in his voice when he spoke about being at the forefront of his own project. Although he is still close with members of the band – Jack Steadman coproduced The Pace of the Passing He explained, “It’s fantastic. It’s really, really rewarding. I’ve been meaning to do this for a long, long time, and while I completely enjoyed what I did before, it’s just not the same as being completely in control. All the decisions are my own, and all of the creative ideas come from me. I’m loving it, absolutely loving it.”

Toothless has just embarked on a round of UK dates that showcase Nash's artistry, with Suren de Saram of Bombay on drums. In 2017, the band plans on coming to America and playing as many shows as possible. Nash remarked, "That's what I've missed the most actually, having started Toothless I haven't been on tour so much but it's definitely what I'm going to do."

Check out The Pace of The Passing below, and stay tuned for North American tour dates in the near future. 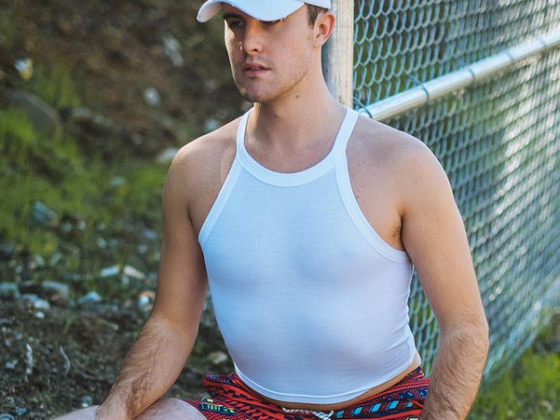 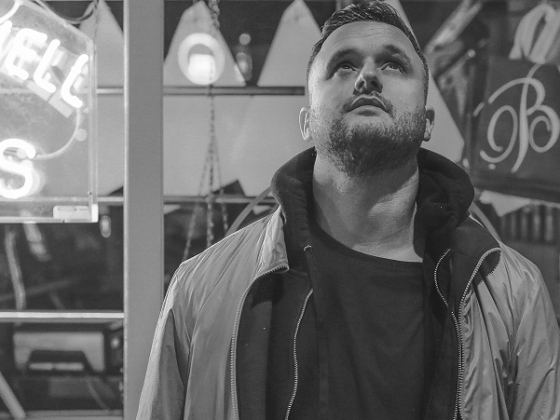