The EDM world is often criticized for elevating glorified button pressers to worldwide stardom, but if you listen carefully within the ranks, you can hear practitioners of melody and purveyors of something more than just the drop. Sweater Beats is unmistakably EDM, but as we found out during a stop on his first live tour, he takes the “live” part of the tour seriously. His music has pop accessibility with an EDM edge. We talked about everything from the difference between his festival sets and club sets to his hidden talent shortly before he went on stage to play guitar, drum machine, and keys over a 100% Sweater Beats track list.

Earmilk (EM):  Thanks for joining us.  Atlanta is super excited to have you play again.  So we’ll jump right into it.  You mentioned that you grew up playing guitar in bands during middle school and high school.  How would you compare those live band performances with your performances now?

Sweater Beats (SB):  It’s not necessarily the same.  Because when you’re in a band, you kind of feed off the other band members, and you kind of look at them and cue each other on when the music is going on and the energy level.  But I think playing by myself, playing on guitar over my own tracks, I feed off the audience more.  I think playing live music to the audience, whether I’m in a band or by myself, it’s the same feeling.  Just sharing myself with them, and it’s a great feeling.

EM:  So do you think being in a band, playing a traditional instrument, has been helpful to you as an electronic music producer?

EM:  So learning traditional music theory is something you’d recommend to producers, like taking formal classes versus winging it and trying to learn on the fly?

SB:  Absolutely!  I mean, you can learn anything from YouTube these days, even like the music theory stuff.  There’s thousands of videos about production, but if you wanna take classes that’s awesome because a teacher will help guide you.   But you know, YouTube is there.  Go to YouTube university.  That’s how I learned how to produce.

EM:   What would you say the biggest crowd you’ve played to is?

SB:  Definitely Lightning in a Bottle.  I think there was like two or three thousand people there.  It was just people as far as the eye could see.  It was nerve wracking, exciting, and definitely one of the highlights of my career.

EM:  Do you get pre-show jitters ever?

SB:  Yeah, all the time.  Every single show.  Like, ten fifteen minutes before I go on stage there’s like this kind of knock in my stomach where I’m like ok, I’m about to perform I gotta do my best, whether it’s like a thousand people or like 10 people.  You know, I’m putting myself out there, and I just want to do the best that I can.

EM:  Is there a difference in how you approach a festival set versus a smaller intimate club like where you’re playing tonight?

SB:  I used to.  So like festival sets would be just all heavy hitter bangers you know like build up drop build up drop.  My club sets had more of a vibe and a groove.  It still would have you know drops and stuff, but the buildups in there would be a little longer.  And I would ride out stuff a little bit more and just have a groove happen for a longer time.  So I think those are the main differences I have.  But, for this set, it’s 100% Sweater Beats.  I play all my songs, I take a break, I talk to the crowd, I tell them about my music, I engage with them, and then I shred it on guitar here and there.

EM:  What degree of planning do you put into your sets?  Every DJ is different, like some people put hours of planning into a set and others just get up and kind of improvise.  What would you say your approach is?

SB:  Haha, I’m the type of person who has to know what they’re playing before a show, because I want to do the best, ya know?  I don’t think I was ever an on the fly DJ.  Like I plan my sets out.  I know what I want to play, especially for this tour when all the lights are synced up.  My lighting director, he knows my set pretty much, and I gotta know when I need to play guitar, when I need to hit the drums, when I need to play the keys.  My set tonight is pretty much all planned out.

EM:  For the first time listener, the uninitiated, how would you describe your present day sound?

SB:  My present day sound I’d say it is . . . ahh . . . Future Pop.  Haha.  To put it plainly, just like pop sensibilities in terms of song structure but with fresh and cool sounds that you don’t really hear on the radio.

EM:  Your transition from traditional music instruments to a digital music workshop aside, what’s been the most important or difficult evolution that you’ve undergone as an artist?

SB:  I think an artist is consistently evolving and adapting to the musical landscape.  I think those artists kind of have a longevity to them because they’re just adapting to what’s new and cool to them.  I think my biggest struggle is just finding the sweater beats sound, no matter what genre I make, I want to inject myself into that.  It’s a process.  I think I’m getting there, but I’m still growing.

EM:  I think you have a lot of variety in your production.  When I hear something of yours, you’ve always got good melodies and good beats, but you don’t have a particular sample, like a signature sample or something, that you use.  You experiment a lot I think.

SB:  Yeah, that’s my thing.  I think I gotta just make my own sample pack that I use myself.  So people know, that’s . . . that’s a Sweater Beats snare!  He uses that shit all the time!  I think I have a problem with just using the same snares all the time, but at the same time, that’s kind of what makes your sound you.  Because this is your instrument rack.

EM:  Did you ever get to a point where you thought maybe this music thing isn’t for me?  Like maybe I should do a 9-5?  Did you ever hit those hard times where you had to dig real deep to find inspiration to keep going?  What was it like for you?

SB:  Well, you know it’s only been recently that I was like, yeah, this is what I’m gonna do for a living.  I guess like the past couple of years.  But you know, when I was in school, and a little bit afterwards, when I was just making beats for SoundCloud and putting them out.  It was just a hobby for me.  But then things kinda started to pick up and I started playing shows.  At that point I was like, ok this is cool, but I still gotta find a job.  This is not gonna support me.  But then I kept at it, and my passion and my drive grew and grew.  Now I work my ass off trying to make my music, make it work.  Because I don’t have a plan b.  This is do or die for me now.

EM:  As you know this is Atlanta, and we’re kinda known for our hip hop and rap scene.  We’ve got some global influence, Outkast, Usher, Future, too many to list really.  Name some Atlanta artists you’d like to collaborate with someday.

SB:  Ah man, the one person, my dream, Andre 3000.  I actually did a cover of “Hey Ya” with my homie KAMAU.  He’s just like the man.  I love his voice.  I love his creativity.  His forward thinkingness.

EM:  Last question.  Aside from making music, is there something else you’re really good at?  Do you have a hidden talent?  You got some sick freestyling skills you could drop right now?  Haha.

SB:  I’m a terrible singer, and a terrible rapper.  I’ve never tried though, but I’m really bad.  I still skateboard!  I think that’s a hidden talent.  I kinda flex on that.  Low key, I can pull off some sick yo-yo moves.  That’s the most random thing, but yo-yo was my jam.  I could walk the dog, around the world, cradle, you know what I’m saying?

EM:  I’m not gonna lie, I’ve watched like the world yo-yo championships.  Mad respect to those guys because I can’t do the like straight up and down with a yo-yo.  It just ends up in knots. . . Did you bring a yo-yo with you?

SB:  No, I haven’t yo-yoed in years, but I think I could still pull some shit off.

EM:  Maybe you should make a track and then do some yo-yo tricks as the video for it.

EM:  Any last words for your fans?

SB:  Yeah!  Catch me on tour, SweaterBeats.com for the Cold.  I’m on the road and I hope to see you guys out there!

Thanks for reading, guys.  You can catch Sweater Beats on tour right now, and make sure you check the links below to keep up with your new favorite artist.

*This interview was conducted and transcribed by new Earmilk contributor, Razid Ahmad* 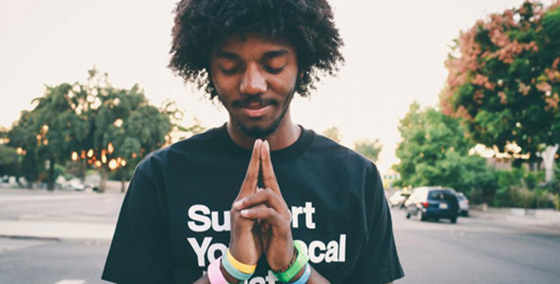 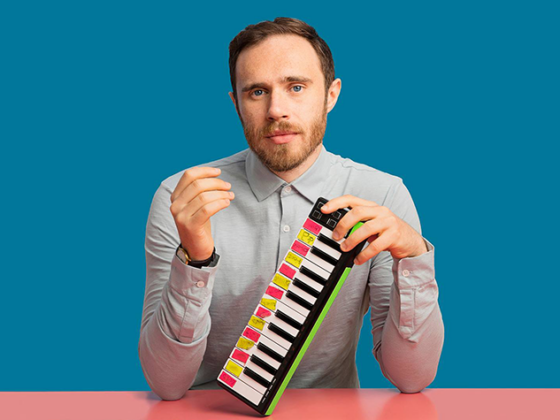