It's undeniable that What So Not has been killing it with the releases as of late, with his notable remix of fellow Australian group RÜFÜS DU SOL's, "Bloom" which set fires in the electronic scene. Emoh Instead has been consistently proving his impeccable talent void of Harley, heavily pushing boundaries through his melodic trap infused beats. It's now evident that that talents of What So Not stand independently, with each release announcement allocating a heightened excitement and almost always surpassing expectations in listeners. It's also been a minute since we've heard new material from Dutch producer GANZ. His last track "GAOBEAR" ft. Dusty was an impactful bass-filled track that dropped heavy with attitude. Since then the producer has been constantly touring alongside trap connoisseurs Keys N Krates and Hermitude.

Just a month ago "Lone" was featured in  Anna Lunoe's HYPERHOUSE radio show and was officially released on Soundcloud today. The track marks Emoh Instead's first official single without Flume and surely does not disappoint. The newest track has been in the works for some time now as GANZ told Complex in a premiere, "We started this track of ours in Amsterdam over a year ago, so stoked and proud to finally share it with the rest of the world". What the two deliver is more than fleeting hype and shines as potential for instant electronic classic in it's buzzing daze of aural sensations.

"Lone" begins with a hazy muffle that leads into the buttery vocals of JOY, who hails from Brisbane.  The romantic sonic experience delves into emotions of listeners with the pulling of pulsating synths. Tactfully implanted vocal manipulations weaved into the saccharine lustfulness found in JOY's voice create for a beautiful electronic production. The enticing nature of What So Not and GANZ's collaboration create for an electronic anthem sure to be heard in the upcoming festival season.

Camelphat remixes "Trust Me" by Ryan Blyth & After 6 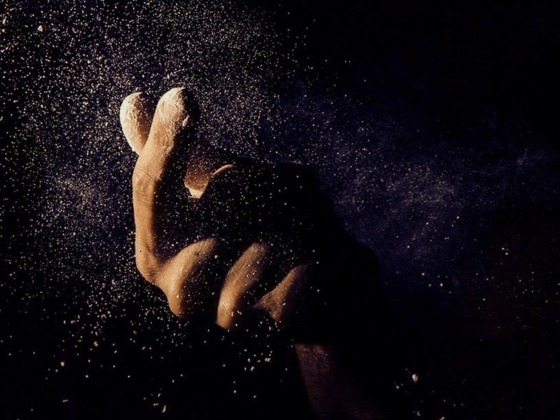