Illinois-based singer, Kiiara's "Feels" created huge traction on the internet community. The track encompassed the singer's approach to a newer style of R&B, enveloped within future sounds and inventive sound designs. "Feels" pulled in great attention in the electronic scene, with the flexibility of Kiiara's sultry vocals as an ideal companion to many electronic tracks. Producers of all genres have contributed their own flair in remixes for Kiiara, including Milks n Cooks, Felix Cartel, and KSHMR. Jai Wolf is the next in line to present his interpretation of the future r&b favourite, shedding a new light on the track that's exemplary of Jai Wolf's lustrous aesthetics in his craft.

Coming out of New York, producer Jai Wolf's success has grown steadily in recent times, proving himself to be a captivating artist in the electronic world to keep an eye on. The producer is best known for his other-worldy track "Indian Summer", released off ODESZA's curated label Foreign Family Collective. "Indian Summer" embraced a truly standout sound that conglomerated both organic sensations and electronic methods of music making. Additionally, Jai Wolf plays a part in the Moving Castle collective alongside AO beats, Hotel Garuda and Chet Porter. The producer's Soundcloud library highlights a memorable bright electronic sound, full of vivacity and warmth in every track.

In Jai Wolf's version of "Feels", he constructs a new world for the original, expanding it's sound and taking the "feels" to another dimension. Jai Wolf manipulates the tempo of the track, slightly speeding it up to create a new found kinetic energy. The airy vocals are also spliced and fragmented, amplifying the complexities of emotions in the track. The layering and collaging of Kiiara's vocals take listeners into a dream-state, as it's interlaced into glistening synths and sparkling spikes within the tune. The tactful drum work and shrills toward the end of the track taps into epic emotions for the listener, provoking an auspicious notion of bliss in its tones. Listen to the remix below. 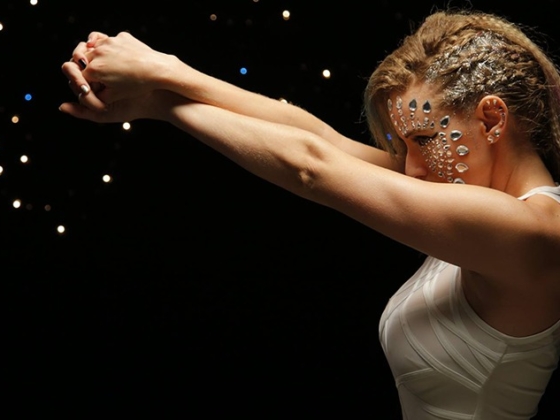 MOONZz ventures into the dance world with BLU J-produced "GDBYE"