Swedish DJ, producer and international superstar Steve Angello has a wall of accomplishments rarely seen in the dance music world: a solid solo career, a career with famed trio Swedish House Mafia, and a name that is associated with the mechanism that helped propel the house music industry to new heights, shaping trends along the way to the industry's firm ties to popular music now.

But the one final frontier that Angello hasn't crossed until today is the release of a full artist album. Out today, Wild Youth arrives after over a year of anticipation and is out via Angello's own Size Records. It's streaming via Spotify and available for purchase, and with its release, also comes a music video for one of its singles, "The Ocean."

Ahead of the release of Wild Youth, we got to chat with Steve Angello on the making of the album.

EARMILK: There has been a lot of chatter about this album's release throughout all of 2015. Now that we're here, what took you so long!?

Steve Angello: Exactly. Honestly, I wasn't satisfied. I didn't feel like I put enough effort and originality into the music previously. I didn't feel like it was my best and therefore it took a little longer than expected. It's easy to just do what satisfies the crowd for ”the moment” but that's not going to make me feel better about myself. I have over 20 years of experience and those 20 years should be put into sound design, arrangement structure, mixing, etc so it took some time, but I'm extremely proud of the outcome!

EM: What does releasing an album mean to you as an artist – why did you decide this was the next step for you? What's your perception on the relevancy of the album format in the dance music industry?

SA: I’ve always wanted to release an album. Everything from the story, packaging, marketing to touring – it's so much more! It's a world and every time you do something like this you let go of your guard and let inspiration and creativity take charge. It's exciting, scary and somewhat brave. I've always loved the album format from growing up to Pink Floyd, Kraftwerk, Daft Punk, etc. So many amazing pieces of history!

EM: How did you look to push yourself as an artist in the making of this album? What was the biggest hurdle in the process?

SA: It was really hard I'll tell you that. It was probably harder because there are songs on there that were written 3 years ago and have nothing to do with what I feel like at the moment. So chord progressions, vocal melodies, etc needed a lot of my time and the last 6 months of the process were the hardest, just finalizing everything. You take a pick and decide on something you have no idea on how it would be received. It was tough but at the same time we make music and it could have been a lot worse of a decision. The point with the album is to set myself up for the future- no boundaries, no rules, just music!

EM: Did making this album change you in any way as an artist? What are you looking forward to next?

SA: 100%! I see things differently. I hear things differently and it's opened a new world for me. Not only for myself as an artist but also realizing how fun the process is has changed the way I'm going run my label from now on. 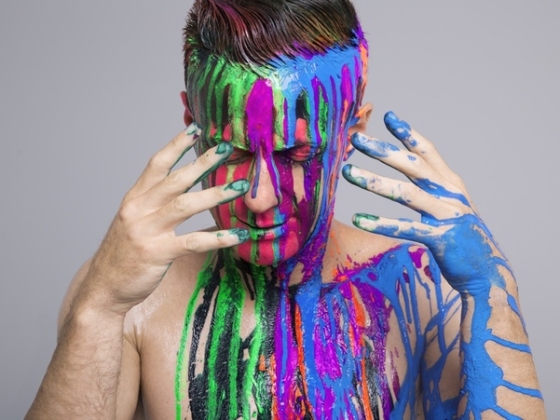