Sometimes songs just need a little spark, or a push in a new direction to truly energize them beyond their original edge. This is the case with "Closer Together", where Bombay Bicycle Club frontman Jack Steadman crafts a careful and expressive remix of an original that stands on its own. We can credit the London four-piece Flyte for the accessible melodies, vocals and direction that all shine through in the consistent mix, who are at the beginning of what should be a solid career.

Flyte have spent much of the past six months recording in their confined London space within the Bethnal Green borough. Accumulating just about enough material to put out a new album, "Closer Together" is a product of the time, energy and creativity shared between the quartet in their tight recording studio/rehearsal space. With the official release of "Closer Together" due out on July 31st via Island Records, there is no telling what the future has in store for the newcomers. Only one thing is certain, if they team up with Jack Steadman in the future in any capacity, the music is sure to be solid.

If given the opportunity, be sure to catch Flyte at any of their upcoming shows. 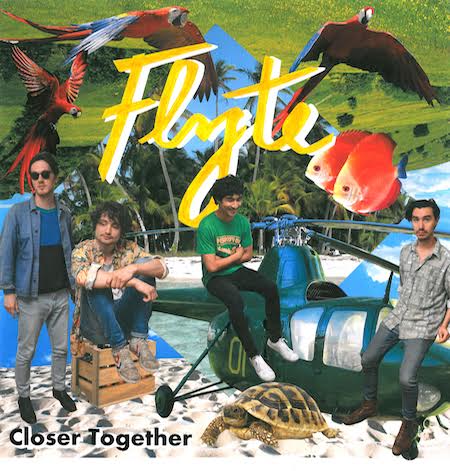