Bursting on to the scene with her transcendent sound in "Nine Matches" earlier this year, Los Angeles based B.Miles is back with another stunning showing in "Shaking Hands". Credit Brenna Miles' approach to music to her forward-mindset, describing her sound as, "capturing the essence of melancholy and yearning, while finding beauty in the sadness and pain that all of us carry inside." Cue "Shaking Hands", which draws on disdain to fuel its experimental melodies and structure.

With lyrical inspiration coming from Nick Cave and Tom Waits, "Shaking Hands" frames Miles' vocals center stage with its small pallet of instrumentals allowing them to truly flourish within their own scope. As a song that was co-written with Eric Nizgretsky of Loose Buttons and produced by Noise Club, "Shaking Hands" keeps tight and polished through its four and a half minute run.

If both "Nine Matches" and "Shaking Hands" are any indication, B.Miles is set to turn heads with her angelic voice. Except more from her soon, as she has a string of singles in the pipeline. 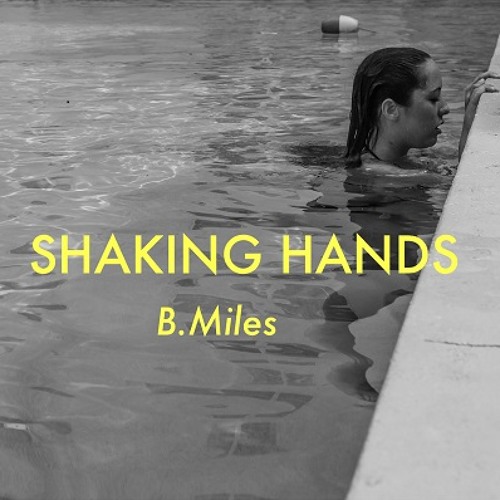