Today has been quite a worldly day over here at EARMILK. We've traveled through India and Spain with earlier premieres, and now head to Africa with a first-listen to a remix off of one of Ghana's most prized artists' latest projects, Pat Thomas. An instrumental force in Ghana's highlife big bands and afro-pop scenes, Thomas has collaborated with the Kwashibu Area Band and another fixture in modernizing Ghanian music scene, Ebo Taylor on a brand new self-titled album. Pat Thomas and Kwashibu Area Band is due out soon via Strut, and will later have a slew of remixes following its release, including our first listen.

Henrik Schwarz is a fixture in the German techno scene, letting his upbringing in southern Germany and exposure to everything from hip hop, jazz, to Detroit techno influence his style. His remix on the album here is of "Ene Nyame 'A' Mensuro," a track originally released in 2011 with a funky, horn-flanked groove. Schwarz's "Blend" of the original really highlights its disco elements along with those horns, all while adding some modern house elements like acid and a deep house bassline and hi hats. Check it out below. 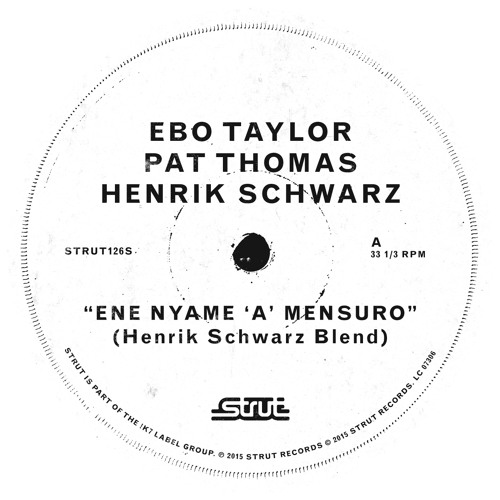 DeHagz brings us "Something" to remember him by