Late last week, Dutch superstar DJ Afrojack returned with a new remix for all to stream via his SoundCloud page and simply put, it's not a standard remix drop to add to his repertoire. He's done an official remix on UK R&B vocalist Mr. Probz's "Nothing Really Matters," in a totally new departure from his usual electro style.

While we have seen Afrojack be an industry leader in Dirty Dutch, over the past few years van de Wall has moved toward a poppier sounds as dance music has grown in its mass popularity. This remix marks another stylistic change, following the public's increased appetite for the lighter sounds of dance-infused pop music. While some may call this "deep house," it's really a radio-friendly production that highlights the impressive vocal work done by Mr. Probz. And like "Waves," this one will probably be all over your radio in the coming months. The remix comes out ahead of Probz's album, with the full release due out March 22nd via  Left Lane Recordings / Sony Music. Check it out below. 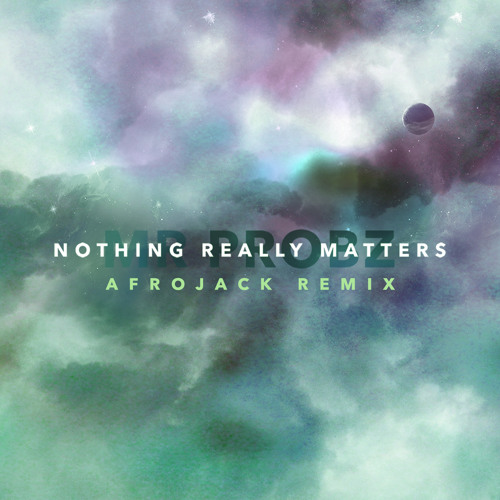