7 years ago by Jon Lampe

Xaphoon Jones was one of the founding members of  Chiddy Bang, a gig he left to spend more time in the studio. That's when the Philadelphia producer started to crack remix after remix. Most recently, he’s followed RAC and MØ / Vindahl, remixing MS MR.

Originally, "Fantasy" supports the poignant lyrics with bright claps, tribal toms, and pulsating bass. The filters give the track a brand new definition.  The main synth line almost sounds like a William Basinski loop. Xaphoon’s minimal approach actually maximizes the size, taking the reverb into deep space and looping double-edges lyrical lines gives the track a real bite. Clutterless and colossal, the "Fantasy" remix is purposefully pared down to capture the heart of the track: dreams and the reality that can never match them. 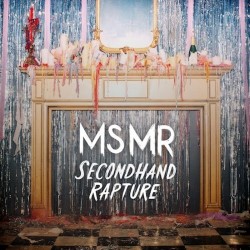