Mike Shinoda is a man of many talents- the creative force behind countless musical projects, a visual artist and designer, a father- so his recent collaborative track "A LIGHT THAT NEVER COMES" with party-god Steve Aoki shouldn't surprise anyone. RECHARGED isn't the first remix album to come from Linkin Park, but it has been over 11 years since the surprising Reanimation first introduced thousands of music fans to the concept of a "remix album" (my 14-year-old-self included). RECHARGED breathes new life into 2012's Living Things with an impressive roster that includes a certain bearded-Zen-production-guru, and will no-doubt remind listeners everywhere of Linkin Park's (and Shinoda's) musical prowess and versatility.

We recently got a chance to chat with Mike about the vast, intimate, and ever-changing relationship between music and technology, and what it's like delving into new musical territory.

EARMILK (Jake): Hey Mike, before we start, I though I should let you know that we’re going to do this entire interview in CAPS LOCK, in light of your recent tweet. Hope that’s okay?

Mike Shinoda: (laughs) Fantastic. That actually goes back to a funny idea that we had about the aesthetic of the album. We decided to submit all of the titles to iTunes in all caps, so if you go on iTunes and look at Living Things, all of the song titles are in all-caps, which makes it stand out in any sort of list.

EM: Plus, when people are reading it in their car they’ll have to yell all of the song titles, which is pretty cool.

EM: I’ve always closely associated your projects- whether it’s Linkin Park, or Fort Minor, or anything else- with technology. There’s some debate as to wether technology’s impact on music production is an over-all net-positive or negative, because of things like the loss of region specific-sounds. Do you feel like technology is, generally, an enabler or disabler when it comes to cultivating new sounds?

MS:Oh, I think it’s definitely an enabler. In fact, as many of our fans know, we chose the name Linkin Park spelled the way that we do because we couldn’t get the URL of the presidential spelling. We wanted the .com, and that’s how we got it. So we’ve had a sort-of intertwined relationship with technology since day 1. Plus, at this point, we’ve only recorded one demo to analog tape. Everything has always been digital.

EM: Do you feel like technology has helped you move forward musically, though? Because each record sounds pretty different from the last, and it feels like there’s a pretty audible progression. Do you think that progression was inevitable? How much have technological changes- software, hardware, greater use of “the world wide web”-helped facilitate your artistic progression?

MS: I realized a few albums about the trick for me is to try and limit the amount of programs or plug-ins or devices that I use when i’m in the studio. Because, I love to learn new ones, but at a certain point you’re spending more time screwing around learning something, as opposed to actually writing music. So for me, I’m not like Tom Morrello where I have my pedal board and that’s what I use to make everything- or at least I’ve heard that’s his approach.
I love adding new software to the mix. This month I’ve been working a lot in Ableton, and I don’t usually use Ableton quite so much, but I have been for the stuff that I’m writing right now. And that’s great, as long as I’m not having to learn Ableton and every single plug-in, coupled with all of the different key-boards that are out there. There’s just so much, and then when you go online it’s like going into the wild. You really need something to kind-of aggregate your experience. Just like with discovering new music- there are people who you trust, like you guys (read: EARMILK), who have gone through all of the nonsense to bring you the stuff that they think you’ll like.
From a production perspective, that’s what I do as far as choosing sounds, or what gear to use. And I do those things, and I limit myself, so that I know my gear really well. Then I’m free to experiment with it, and I let the music lead the way. I don’t want to go into anything thinking “oh, I want to make something that sounds like that guy”. Instead, I go into it thinking: “What is going to give me the sounds that I want. How can I take something, and freak that thing and make it do things that people aren’t doing.”

EM: That’s really interesting.- it sounds like what you’re saying is that you have to be very intentional, and show a lot of restraint, to ensure that you’re making the technology work for you, rather than letting it dictate what you do.

MS: I mean, these days, when it comes to anything electronic or digital stuff that I like to use, I tend to like making my own sounds, or I edit them enough that they’re hand-crafted to the song that I’m work ing on. If I pop up a patch on a keyboard and it just works, I’ll use it, but more often than not it needs some finessing for it to be what I’m looking for.

MS: Well, what I’d like to see personally is for fans to realize that the best place to get an artists’ music is directly from the artist(s). That’s one of the reasons why this RECHARGED album came about- when we released Living Things (2012), we said look: if you’re planning on buying the album anyway, come to linkinpark.com and we’ll give you free remixes with your purchase, on a monthly basis for a number of months.
The bottom line is that if you’re following a band because you like that band and you like their music, and release after release you’re finding something interesting, then the best thing to do would be to keep in touch with them via your favorite social media, and get their albums and music directly from them. Then, not only are you directly supporting the artist, but you’re making the conversation more streamlined. You’re not waiting for somebody like iTunes to show you an ad or show you a banner about whats new. Instead the artist can hit you up in one second and say, “hey our new thing is out.”

EM: What has it been like working somewhat within the world of EDM, bringing your songwriting sensibilities and experience built as a well established band to a world of music where song-structure doesn’t seem like it’s necessarily paramount?

MS: It’s definitely a different approach in EDM. Our guitarist and I usually structure and arrange the songs in our band, and we had a ton of fun diving into the various options that were in front of us, in terms of how to structure good songs and the other things we worked on for the remix album. Because once you have a song that contains certain sonic identifiers, it opens doors for certain structures to be used. Like, for example- and this is on a completely different note, but I think it’s relevant- I was listening to “Pass The Mic” by The Beasty Boys the other day, and the samples that they used and the way that they organized them. Because of the format and the structure of the vocals, it allowed them to go nuts with the arrangement. The beat flips so many times, and the sounds are so original and unique from one another. There’s indie-rock stuff mixed with big break beats and things from a drum machine, and the beat flips so many times, and it makes the song so exciting. It makes it what it is.

MS: For me, the awareness of that came from working with Rick Rubin, because he was involved with so many records in so many genres. His bag of tools is so deep that at any moment he might be pulling out something he used with Jonny Cash, or Tom Petty, or the Dixie Chix, or Public Enemy, or Slayer. You never know where your head might go, and the more that you stay open to that kind of thinking, the more that you can craft something that has a three-dimensional sound.

Hearing you say that, it makes me think of Rick Ruben as a sort-of music LeBron James; it’s the versatility of LeBron’s game that makes him so dominant. He can get in the paint, he can shoot from range; he’s a phenomenal passer but he’s big and strong enough to grab every board.

…and that Beasty Boys example is an interesting one, too, because it feels like the music shares the spotlight with the vocals on that song, and that seems like a very Linkin Park thing.

MS: Yeah, and this project was actually something new for us, because we’re so used to putting vocals on everything. When a lot of EDM artists do a build to a drop, they’ll extend a vocal out and repeat and and echo it. Sonically, it turns the vocal into an instrument, and your ear knows “okay, I’m no longer listening to a voice, this is an instrument.”

…then your ear can really start wandering through the music.

RECHARGED is available from retailers worldwide, but you should probably just get it here. 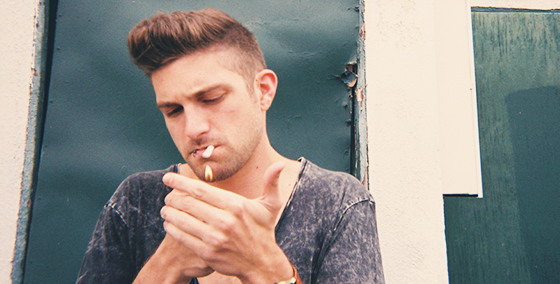 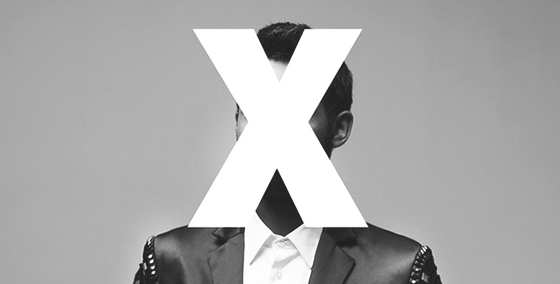