The prospect of a new Monsieur Adi remix is always exciting. This guy has been a real workaholic for the past couple of years and it wasn't until 2012 that it really paid off. It took him some time to craft his own signature electronic sound, but once he did there was no stopping him with his remixes getting much deserved attention all over the buzzosphere. This year he got to work with Seal, released a sparkling debut single "What's Going On" with A*M*E and even scored an official remix for Beyonce which pretty much sums up how great things have worked out for him. So whenever his new remix emerges it's very interesting to see who gets the Monsieur Adi treatment. This time around it's Smallpools, the up and coming alternative pop outfit from L.A.  Six months ago Smallpools showed the music world they mean business when they released a catchy debut single "Dreaming" that shortly after got included in FIFA 14 OST and racked up an impressive million plays on Soundcloud. Their self titled debut EP, which was released in July, has been getting regular radio plays and comparisons to Phoenix, Passion Pit and Two Door Cinema Club have been used quite frequently to describe their sound. Since the above mentioned bands are among the most remixed ones in the music industry it's no surprise remixes for Smallpools have been pouring in. Check out the latest one by Monsieur Adi as he shines a new light on 'Mason Jar'. 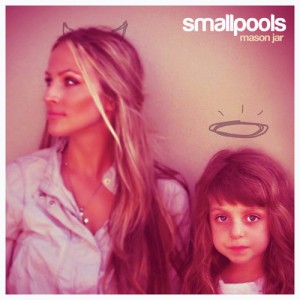