San Francisco duo Chris Harnett + David Carvalho, better known together at Whitenoize recently dropped their newest track “Be So Nice” with WallflowerFood Recordings. And so nice it is, sampling the 80s classic Madonna hit “Holiday” as the backbone of the track, Whitenoize makes the song their own with an incredibly catchy upbeat tempo and toe tapping drums.  A fantastic homage to the queen of pop, Whitenoize finds a way to seamless fuse 80s pop and modern day EDM beats with “Be So Nice.”

“Be So Nice” is gaining strong attention on Soundcloud since its release last week, a strong follow up to their track “Check Baby” a house track fused with hip hop vocals that sent Whitenoize to #1 on the Beatport House charts and #4 overall.  The Whitenoize boys have impressed with many a track, so watch out for this duo and be so nice and give ‘em some love on their social media accounts and Hype Machine. 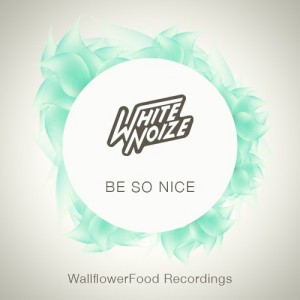